In a conversation with BestmediaInfo.com, agency Founder Manish Bhatt said in the next 10 years, they plan to invest more time and mindshare in making their clients’ communication emotionally charged and powerful to connect better with the audience 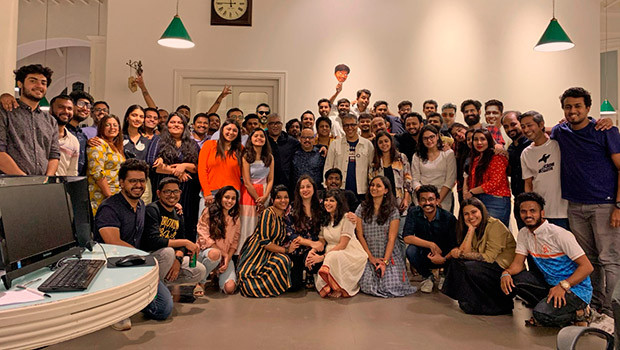 In 10 years of its existence, Scarecrow M&C Saatchi has been able to make a name for itself in the field of creativity—churning out some popular and award-winning advertising campaigns.

In the next 10 years, it wants to change its creative gear to become a specialised agency and run emotional campaigns for clients. Market studies say brands with more emotionally charged communication are able to connect with customers and target them in a much more efficient manner.

“For the next 10 years, we would be investing more time and mindshare in making our client’s communication emotionally charged and powerful,” said Manish Bhatt, Founder and Director, Scarecrow M&C Saatchi.

The journey of Scarecrow

Starting in 2010, the agency celebrates its anniversary every year but the 10th, or Xth in Roman, was the biggest of all.

“For the 10th anniversary of Scarecrow, we were looking for an idea with buzz and memorable quotient and then we brainstormed the idea of the X factor. It synced overall with the communication we wished to present. First of all, it became a cool replacement for the numeric 10 with X in Roman,” said Bhatt.

“We wished to pat ourselves in the back for the talent and our achievements over the years,” he says.

According to Bhatt, the agency has realised that its employees, culture and work have an X factor. “The way people in the industry feel positive about Scarecrow’s work, people and culture, we wanted to bring that in our celebration,” he said.

In 2011, Scarecrow M&C Saatchi (earlier known as Scarecrow communications) had celebrated its first anniversary at its office in Mumbai. As a part of the festivities, the agency inaugurated its gallery space named as “landscape of new desires”, with an exhibition of works of artists from Baroda.

“In our first anniversary, we helped Baroda-based immerging artists to exhibit their art in our space. Being in a business of creative field, we supported the emerging artists.” he said.

As part of its X factor theme, the agency picked and chose work and people with X factor over the years. They conducted an internal survey of people with the X-factor from different verticals within the agency.

Ten former employees and six present employees from different verticals were awarded the X factor award based on their contribution and dedication to the agency. “We did an internal survey of people with X factor within the agency. People from the art, studio and copy divisions were awarded for the superb role they play for us,” said Bhatt. “Six awards categories of art, copy, studio, admin, client servicing were for current employees. Ten former employees were also given X factor for their roles in their departments,” he said. Case studies with the X factor were also shown. “Out of 10-15 case studies shortlisted by us, five were screened,” he said Ten of its X factor ad films were screened as part of the celebrations. These were selected from over 200 films conceptualised in the past 10 years. The top 10 films out of 75 shortlisted were handpicked by present and former employees. “Out of 200-300 films done by the agency on multiple portfolios, we shortlisted 75 and sent the list to not only current employees but also to the X employees of Scarecrow. We wrote a tongue-in-cheek message to all the people,” said Bhatt.

“The gathering was fun as we celebrated, drunk and danced,” Bhatt said. On its second anniversary in 2012, the agency has announced the launch of a design division, Scarecrow Designs.

The fourth one had a theme of “Aam Aadmi Party” to felicitate the unsung heroes of advertising. It gave awards to 24 deserving and inspirational individuals from the advertising industry. While one person got it for being the rain-creator, another took an award for being the hairdresser for most brands.

“There are people who do small but important things for which the ad industry is proud. Such common people who have been serving the industry from many years are not even named in the end credit list. They are the unsung heroes of the industry,” said Bhatt.

Most recently, on completing nine years, the agency celebrated everything that has happened in the last nine years by creating its own #NineYearChallenge on social media.