Sidharth Parashar, President, Investments and Pricing, Group M India, said evolving content consumption patterns are driving the growth of digital ad spends. To be relevant to consumers, other mediums have to thrive, flourish and evolve, he said

GroupM, the media investment arm of WPP, in its latest report ŌĆśThis Year, Next YearŌĆÖ (TYNY) 2020, has shared adex forecasts for 2020, according to which India will continue to be the third-highest contributor to incremental ad spends.

The report says the growth in ad spends on digital will slow down to 26% this year versus 28% in the previous year. However, ad spends on TV will go steady and print will hold ground.

The report also estimates that digital will take 65% of incremental adex in 2020 and the remaining 35% will be from traditional media. 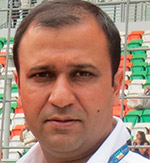 Sidharth Parashar, President, Investments and Pricing, Group M India, said on the side lines of the launch that the evolving content consumption patterns of audiences are driving the growth of digital ad spends. To be relevant to the consumers, other mediums have to thrive, flourish and evolve.

ŌĆ£There will be an evolution of mediums, with evolution in content distribution and how one connects with consumers,ŌĆØ he said.

Marketers who are realising the content consumption patterns of younger and more affluent audiences are investing more on digital, leading to an increase in its ad spends. However, spends on TV and print will be stagnant as the segment of the population these mediums talk to differs from digital.

ŌĆ£If you look at the large media houses, they are also sensing the emergence of digital and hence investing in developing their digital platform by being relevant to their genre,ŌĆØ Parashar said.

According to Prashar, ad spend allocation for publications have also changed as many have evolved themselves with digital platforms. ŌĆ£The allocation to Bhaskar or Dainik Jagran in my chart is reflecting as digital spends but the money is going to the publication,ŌĆØ he said.

ŌĆ£If we look at Times Network or NDTV or any other vernacular publications, they are investing and migrating to ensure that the audience stays with them. Consumption patterns are changing and media houses are also working to adapt the culture,ŌĆØ he points out.

ŌĆ£The audience has migrated to digital reading from newspaper and the readership of print on its digital division is growing today and not going down,ŌĆØ he adds.

Speaking about digital pulling down spends of other mediums, Parashar said, ŌĆ£Looking at the data points, we might say print advertising is de-growing but we will witness a balancing media mix in next few years.ŌĆØ

ŌĆ£India is a very different country from geography and a language stand point; we donŌĆÖt see it happening shortly. The population print is talking to is still relevant for advertisers which is why advertising money continues to go there,ŌĆØ he says.

Speaking on ad spends on traditional mediums after 10 years, Parashar said, ŌĆ£I think the issue is not print or TV or radio. We are talking about businesses core competency. Change is the order of the day and one shall not run away from that. Print and TV are relevant today and digital is growing and will continue to grow. However, 10 years down the line print wonŌĆÖt be that active as it is today. But those companies that are thriving, flourishing, and evolving will continue to flourish and be relevant even 10 years down the line.ŌĆØ

As more and more consumers get connected digitally, organisations are also evolving to play to their strengths.

According to Parashar, marketers and experts need to pick the best resulting mediums after understanding the complete brand objective.

Speaking on the advertising trends, he said, ŌĆ£Brands will now be a part of cultural creations which means they will need to take a stance not necessarily for or against, they have to stand for something and play an active role in the creation of culture around what they stand for.ŌĆØ

ŌĆ£The culture they will create through content, advertising, products and services and we have seen many brands do this already. We would see them spread spends across multiple modes and mediums,ŌĆØ he adds.┬Ā

A spike in advertising will be seen preceding the election month or quarter before it.

Organic growth in traditional OOH and exponential growth from DOOH is expected in 2020.

Tags: Digital takes 65% of incremental adex in 2020
Advertisment
More from this section