Bigg Boss or IPL — what offers more value for money to advertisers?

Season after season, Bigg Boss has become a hit machine for Colors. In a conversation with BestMediaInfo.com, Nina Elavia Jaipuria of Viacom18, shares what makes Bigg Boss one of the biggest TV properties. She talks about the monetisation plans for the show’s next season 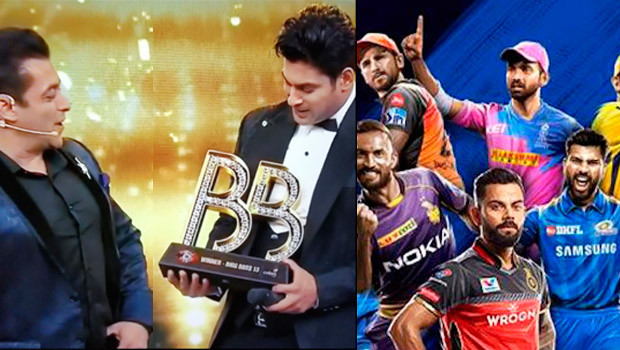 Nothing sells better on TV than the highly spiced-up daily routines of people locked up in a house. No TV show, especially in the reality segment, has been able to taste the success of Bigg Boss.

Despite 13 seasons, the show continues to be the top choice for audiences and advertisers. Such was the response from the audience that in the latest season, broadcaster Colors had to extend the show by a month.

Colors claimed the show was able to get more than 200 million viewers across India across all its airings. The show also performed extremely well on digital with 1.5 billion views on Voot.

Nina Elavia Jaipuria, Head of Viacom18’s Hindi Mass Entertainment and Kids TV Network, agreed that the show had found a cult place on a par with the biggest cricketing extravaganza called IPL.

She said Bigg Boss has become a part of people’s lives and the obsession with the show can be compared with cricket. “If there is anything that can be compared to IPL, it is Bigg Boss. It is able to evoke that same obsession, the same relationship and anticipation with which you wait for a match to see who has won it,” she explained.

On a weekly basis, Bigg Boss continued to be among top five shows in urban markets with about 7 million impressions (HSM Urban: NCCS All: Prime Time (1800 - 2330 hrs) : 2+ Individuals).

Jaipuria said Bigg Boss was successful because it provoked people’s emotions. “The biggest success of a show is when you are able to evoke various emotions and therefore I think we are the best entertaining brand on the planet. We are able to get viewers to love, hate, like, dislike, fall in love, troll, criticise and all the emotions that you can think of.”

IPL and Bigg Boss are both big events for advertisers and ad rates peak during the seasons.

When Bigg Boss started, BestMediaInfo.com reported that the ad rates of the 13th edition were in the region of Rs 5-7 lakh per 10 seconds, which later went up by 30-40% after it was extended for a month.

Comparing this to IPL, which was sold at Rs 10-12 lakh per 10 second, it is safe to say that Bigg Boss attracted better CPM rates than IPL on the back of its high-quality delivery.

Talking about Bigg Boss’s success with advertisers, Jaipuria said advertisers are willing to spend money when you have a winning property. “People were really fighting for an inventory in the Bigg Boss finale, and that was a happy problem,” she said.

“Our brands came back to us even after the extension and it was proof that all of them thought there was enough ROI,” she said.

Asked about plans for the show’s advertisers and sponsors for the next season, Jaipuria said, “Going by the success of this season, we are going to close advertisers right away. We'll be able to monetise much better than what we have in the past."

Having strategically placed Khatron Ke Khiladi in a slot line which is already warm after the success of Bigg Boss, the channel is looking to leverage the reality show’s success for its other shows. ‘Mujhse Shaadi Karoge’, which includes two famous contestants from Bigg Boss, will also be beneficial said Jaipuria. “Mujhse Shaadi Karoge will take over the weekdays. We already have Naagin that has taken over the weekends and Khatron Ke Khiladi will do exactly what Bigg Boss did for us,” she added.

Tags: Bigg Boss or IPL
Advertisment
More from this section