Are self-regulatory measures taken by advertisers safe enough for children?

A recent report released by the United Nations titled 'A Future for the Worldās Childrenā revealed that kids today experience exploitative marketing practices that push heavily processed fast food, sugary drinks, alcohol and tobacco at children. The report also reveals that an average child is exposed to as many as 30,000 advertisements on television alone in a single year.

BestMediaInfo.com spoke to brand experts about the role of self-regulation when it comes to advertising to children. Sridhar Ramanujam, CEO Brandcom, said the industry is subjective. āIn my experience, self-regulation has a limited impact in the Indian context. Another problem with this industry is that it is creative, what I see as creative you might see as misleading. Itās always going to be subjective from that perspective.ā

A Mondelez spokesperson said they do not advertise to children below the age of 12. āAt Mondelez International, we do not believe in advertising directly to children under 12 years of age ā irrespective of a product's nutritional profile. In 2005, we were the first company to announce global policies for advertising to children and we continue with our commitment today. Mondelez International is a founding member of the International Food & Beverage Alliance (IFBA), and along with other members made a global commitment to the World Health Organisation to either not advertise products to children the under age 12 or only advertise products that meet specific nutrition criteria to children under the age of 12 and to monitor those efforts. In India, we are already original signatories since 2010 to the India Marketing to Kids pledge that commits that we do not advertise directly to kids under 12 years of age.ā

KV Sridhar, Founder and Chief Creative Officer, Hyper Collective, Trustee, Population First and ASCI Board Member, said, "We saw in the past schools had banned selling packaged food, even brand ambassadors in some cases had withdrawn from advertising packaged foods. Even they follow their own regulations. People change the stimulus, you will not say donāt advertise, you are instead saying donāt advertise to children. You can target an adult with a kidsā product but today with the advent of cell phones and such things among kids, one does target indirectly.ā

Unilever recently announced that its ice cream brand Kwality Wallās will have controlled amounts of sugar and calories. āThe ice creams in Wallās global kidsā portfolio are responsibly developed. By the end of 2020, every ice cream in the kidsā range will have no more than 110 calories and a maximum of 12g of sugar per portion and we are continuously working to improve this,ā said Unileverās statement. 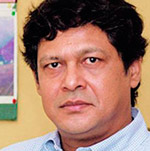 Asked about the impact of such moves on the industry, Samit Sinha, Founder and Managing Partner, Alchemist Brand Consulting Pvt. Ltd., said processed foods may soon come under stricter regulations. āNow there is enough scientific evidence linking sugar and carbs to ill health like smoking to ill health. Since smoking and alcohol come under such strict regulations, I think it is only a matter of time that other harmful products that are consumed in access come under regulations,ā he said.

Krishnarao Buddha, Sr. Category Head, Parle Products, said the brand is looking at alternatives. āConsciously, we are looking at alternatives but it is difficult to get sugar alternatives in confectionary or a fat alternative in snacks. But what can be done is we can try and control the sugar and fat percentage. Currently we are at 35% but maybe we can cut it more by 3-4%. However, it does have a change in the taste of the product. The moment you tinker around sugar or salt in the product, the taste changes and it is a huge concern,ā he said.

Shweta Purandare, General Secretary, ASCI, said, āWe have always had stringent guidelines in place to ensure that the right piece of advertising is being showcased to consumers of all age groups, including children. They are quite comprehensive and encourage communication regarding good dietary practices, selection of healthy options, discouraging excessive consumption / undermining the importance of a healthy lifestyle.ā

āSelf-regulation complemented by collaborative approach by regulators can achieve a lot in enabling healthy practices rather than restrictions imposed by narrowly defined criteria. Regulatory changes that take into account stakeholder feedback always provide a win-win situation for consumers, regulators and marketers,ā Purandare said.

Need for digital space to be regularised for children

While the television and print industry is thoroughly regularised, experts feel there is a greater need for the digital space to be regularised for children. With the evolving patterns of content consumption among kids and with the emergence of smartphones and tablets as a medium for content consumption, we see a higher screen time among children.

Kunal Mukherjee, Country Director India, Totally Awesome, said. āGlobally there are two laws that come into play when it comes to advertising to kids in the digital space. One is COPA and the other is GDPR. These laws pretty much dictate the data collection and the kind of stuff you can do in the digital space. Again India is the only country that does not have such a bill. Obviously there is the data privacy bill that is scheduled to come and is under deliberation in Parliament, but it is still not law.ā

āAlmost every platform had an ability to get kids on board. However, there also is ability for kids to stray anywhere else on the internet. So, Netflix might have parental control for kids, most parents donāt go towards the additional effort of implementing it. This is where self-regulation becomes challenging,ā he added. 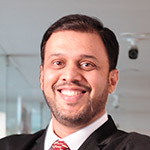 Anand Bhadkamkar, CEO, Dentsu Aegis Network India, said that to ensure a safe space for kids, parental guidance and regulations have to work together. āYou do have parental locks and stuff that can be blocked when kids are using the content space but this comes under parental guidance and control as well. For example, Netflix has a clear filter for kids. The advertiser wonāt know who is consuming content on screen unless it can be clearly defined. I would say it's a mix of responsibility between brands and parents. Things are evolving as technology progresses. Even at Dentsu Aegis, our teams keep working on how to improve ad serving and the data around it.ā

"You need regulations, yes, but it should not turn into policing. You need the right mix. The digital industry is evolving and the pace of regulations needs to match with that of the market," he added. 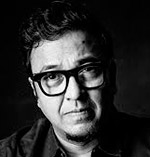 Raj Kamble, Founder and Chief Creative Officer of Famous Innovations, said stricter regulations should be brought in to control social media. āLook at where social media is today, kids get phones and have access to YouTube and other such media. How will you control new media? Television and print can be easily controlled and I think they are much more sensible and credible. I think more attention should be given to new media in terms of regulation,ā he said.

Sonali Shah, Head of Marketing, Art and Graphics, Faber-Castell, said not only advertising but the content kids consume also influences them. āAdvertising if you see is very in your face. You think the kids today do not understand what advertising is? They actually do with the kind of exposure that they have now. Today advertising is also not in its original traditional form. There are so many ways of communication. I donāt think it is advertising only but content overall that has an effect on the child.ā

Our āplansā to work with BARC on multimedia measurement are progressing in good shape, says Sunil Kataria on being re-elected ISA Chairman