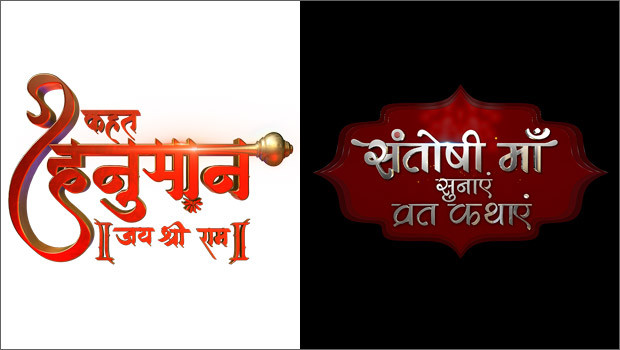 Produced by Peninsula Pictures, the story of Kahat Hanuman Jai Shri Ram will present the purpose behind Hanumanji’s ‘bhakti’ towards Lord Ram, capturing many unexplored aspects of his power and devotion. The show will feature an ensemble cast, including Ekagra Dwivedi essaying the lead character of Bal Hanuman; Sneha Wagh and Jiten Lalwani as Anjani and Kesari (Lord Hanuman’s parents), along with television actor Nirbhay Wadhwa essaying the character of Bali. Manoj Tiwari lent his voice for a soulful rendition of the Hanuman Chalisa at the launch of the show in Delhi, followed by the show title track Kahat Hanuman Jai Shri Ram.

‘Santoshi Maa Sunaye Vrat Katheyein’ is produced by Rashmi Sharma Telefilms. Maa’s guidance comes in the form of various vrats — the stories behind them, the reasons, the beliefs and the right way of performing them. Conveying a message of the ultimate triumph for the sincerely devoted, in a storytelling format, the show marks the comeback of Bollywood actress Gracy Singh as Santoshi Maa. It also features Tanvi Dogra portraying the role of Swati, an ardent Maa devotee, who tackles various life’s problems under the guidance of Santoshi Maa and Ashish Kadian, who is portraying the role of Indresh.

Vishnu Shankar, Business Head, &TV, said, “It is said that where there is a devotee, there is God. Devotion is that one true path which brings the devotee closer to his God and brings God closer to his beloved devotee. That is why it is believed that the cosmos/universe is incomplete without devotion. Bringing alive this spirit of devotion, &TV is launching two new shows — Kahat Hanuman Jai Shri Ram and Santoshi Maa Sunaye Vrath Kathayein. While in one show, ‘Shiromani’ Hanuman takes birth in a ‘vanar roop’ to seek blessings of his ‘aradhyay’ Lord Shri Ram and helps him destroy the evil Ravana; in the second one, Santoshi Maa’s guides her ardent devotee Swati through the medium of ‘vrath-kathay’, which serves as a source of strength and enables her to tackle challenges successfully and live a happier life. Also, on popular demand, we have brought back Gracy Singh as Santoshi Maa and we hope our viewers, old and new, are excited to see her. Through both these shows, we hope to inspire and intensify the spirit of devotion in our audience’s heart.”

Kahat Hanuman Jai Shri show, producers, Alind Srivastava and Nissar Parvej, Peninsula Pictures, said, “As a genre, mythology breaks through various demographic barriers. Our show Paramavatar Shri Krishna got a great response from the audience. With ‘Kahat Hanuman Jai Shri Ram’, we intend to narrate previously untold stories of Lord Hanuman from his childhood. We have all grown up hearing his stories and our show will further throw light on his childhood and his equation with his family. The show will highlight different facets of Lord Hanuman’s life and showcase why he is called the ‘param bhakt’ of Lord Shri Ram.”

Making his debut on television with the character of Bal Hanuman, Ekagra Dwivedi said, “I have always held a great fascination for Lord Hanuman’s stories. I am excited to have received an opportunity to portray the role of Bal Hanuman and look forward to my friends and family seeing me portray their favourite lord, on-screen. Hanuman Ji is my superhero, and I wish to, one day, possess the same devotion as he does.”

Commenting on Santoshi Maa Sunaye Vrath Katheyein, Rashmi Sharma from Rashmi Sharma Telefilms, said, “Storytelling is an innately human quality; one that crosses cultures and languages. When it comes to mythology, viewers have always received stories of deities with open arms and utmost admiration. With ‘Santoshi Maa- Sunaye Vrat Kathayein’, we wanted to bring to the audience the authentic stories behind Vrats and their deep-rooted meanings and showcase their relevance in today’s life situations.”

Making a comeback on television and portraying the divine character of Santoshi Maa for the second time, actress Gracy Singh said, “I have a very strong spiritual connection with the goddess, Santoshi Maa and the character itself. The character holds a very special place in my heart. In the show, I will be a strong, guiding force for my devotee, Swati, and will through the medium of various vrath kathas, help her find solutions to all the problems she faces in her life. It is a story of an undying devotion of a devotee towards her deity and how that helps her overcome several challenges and emerge victoriously.” 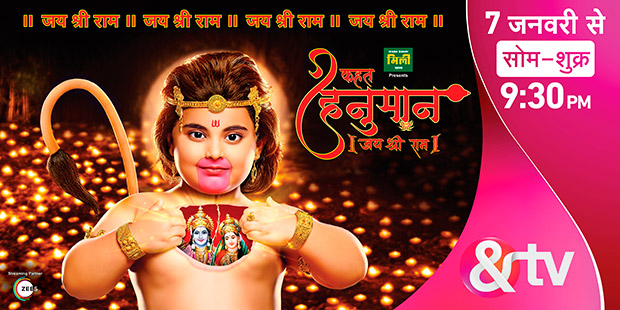 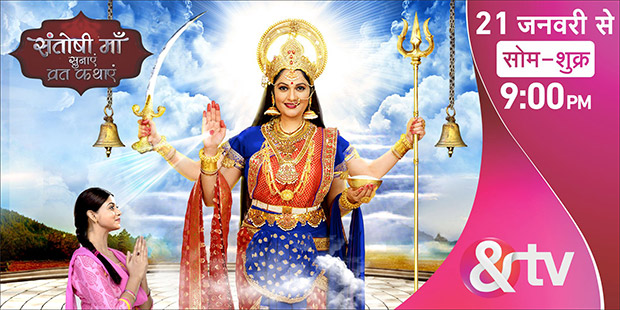