In an interview with BestMediaInfo.com, the Head of Regional Entertainment at Viacom18 said 2019 was a tough year but refrained from blaming it entirely on economic conditions 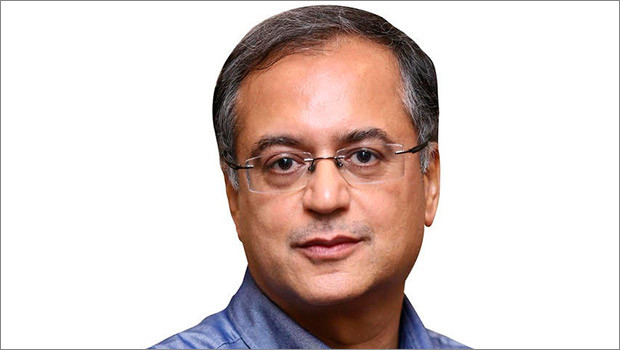 Kodeeswari, the Tamil version of Kaun Banega Crorepati on Colors Tamil, created history when 31-year-old Kausalya, a differently-abled woman from Madurai, won the jackpot price of Rs 1 crore. The episode aired on January 21 created a stir among viewers.

Ravish Kumar, Head, Regional Entertainment, Viacom18, is optimistic that the show will give the desired push to the channel, which is trying to enter the top-5 club. Considered to be a tough market to crack, Tamil is ruled by traditional players such as Sun TV, Star Vijay, Zee Tamil and KTV.

When asked what would it take to crack the Tamil market, Kumar said, “While most people would say it would take time, money and hard work, I would say it’s really a function of thought leadership and the kind of ideas we put out there. There is no use of hours and hours of content if it’s meaningless.”

In an interview with BestMediaInfo.com, Kumar asserted that 2019 was a tough year but refrained from blaming it entirely on the economic conditions. He said, “There are markets where we have grown and there are markets where we haven’t, but rather than blaming the market conditions, I would say it’s the function of the content we are putting out there.”

Do you think the Rs 1 crore winning episode will be a turning point for the show and the channel?

The turning point already started when we launched the show. It is a tribute to the sacrifices made by millions of women every day. For us, it was a way of giving back and the way of giving back is to allow the women with the opportunity to make their own dream come true. The thought driving us behind the show was, ‘the heart that beats for others should not miss a beat for them.’ That is the core emotion behind the show.

We wanted to give women an opportunity to be on the hot seat and at the same time with the encouragement of the loved ones, which would motivate them to play and give an opportunity to realise their dreams. So while we maybe an all-women show, we are actually an all-family show.

Definitely, Rs1 crore is the magical mark. It’s not just the number, but the courage of the person sitting in the seat, who has overcome so many obstacles on so many different levels to get there. Her winning is an inspiration not just for Tamil women but for everyone.

For me, every single episode has been a turning point of the show.

How has the advertiser’s response been to the show? Would it be far better if there was no economic distress?

We are very fortunate and grateful to our advertisers. We found many advertisers and sponsors even before we launched the show.

I have always believed that there is a strong demand for good content across the board and that will continue to be the case. Regardless of what economic circumstances are, what the companies are planning, whether they are putting their budgets on the table or pulling them back, at the end of the day good content will work, will resonate and will get the fresh air.

KBC has always been a chartbuster in every language but the Tamil version has not been able to feature in the top 5 shows of the week so far. What reasons do you see behind this?

We are a recent entrant in a very mature and a very competitive market. We are the first channel to play a meaningful role. We have reached a threshold level and we will continue to grow from here. We would like to be up there in the top 5 and we are working towards that.

Looking at Colors’ leadership across the markets be it regional or national, don’t you regret Colors Tamil not being in the top 5?

There’s so much more we need to do. We have gotten off to a flying start. We are up against formidable players who have years of experience in the industry and the market. It’s a journey we have begun. We are very happy to be making a positive difference with the kind of content we are putting out.

What will it take to crack the Tamil market?

While most people would say it would take time, money and hard work, I would say it’s really a function of thought leadership and the kind of ideas we put out there. There is no use of hours and hours of content if it’s meaningless.

Just like the way we see KBC, we thought about how we could make it resonate and be meaningful. We will continue to do that with everything. That is really what is going to make a big difference for our growth. With the ability to be different and innovative, more importantly to understand and to be in sync with the viewer needs, and aspirations, we are only going to grow in the future.

We are small but meaningful and as we move along, we have the opportunity to become significant and far more meaningful. This is a huge market for any advertiser. Language consumption of Tamil and Telugu is also quite high. Regional markets are more than the states, it’s about engagement which is why people are watching for so much longer.

What growth targets do you have from regional businesses?

Be it Marathi or Gujarati, we have a considerable share in both these markets.  Wherever we have slacked, it’s not because we have done bad but because others have done better and that is something we acknowledge and applaud.

Across the board, the report card is mixed. It takes a strong competitor to keep you on your toes that is the only way to grow. We have grown in a few, we may have declined in a few others, but in either case we have positioned ourselves better for 2020. We are going to do a lot more this year than we did in 2019. We have learnt from our mistakes and more importantly we learn every day from the viewer. The viewer is constantly changing, evolving and becoming demanding.

Which is the strongest regional market for you?

We don’t share revenue numbers but Marathi is one market where we have grown and become a strong player. More importantly, our shows are in the top in that market and we have an exciting pipeline for that as well.