What brands can learn from Patanjali’s steep decline

The rise and fall of Patanjali is a textbook case study in marketing. Never has a brand grown so stupendously and fallen so flat in a span of three years. What went wrong with Baba Ramdev-led Patanjali, which was once the flag-bearer of swadesi enterprises? BestMediaInfo.com analyses

The summer of 2017 was turning out to be quite hot for the likes of Hindustan Unilever, Procter & Gamble and Dabur.

Baba Ramdev-run Patanjali Ayurved was giving the global and the desi giants a run for their money. The homegrown Ayurved-based product seller had almost trebled in its size within a year, giving neck and neck competition to leading players in categories such as toothpaste among others.

After touching Rs 10,500 crore in FY18, Baba Ramdev had set a target of Rs 20,000 crore for Patanjali, the company which had created with Ayurveda-based products as a mass selling category.

In the stupor of its instant success, Patanjali started launching products across categories — from baby diapers to jeans and a separate e-commerce marketplace. Plans were even afloat to start a solar power park.

The company was expanding in full steam — so much so that market watchers knew it was equally at the risk of going off-track —given that the product quality, distribution and marketing were yet to be consistent and match pace with the growing euphoria around the brand.

And as was expected, Patanjali did not take too long to derail —both in urban and rural markets. The next year, FY19, the company saw its revenue falling by over Rs 2000 crore. The blame was then put on the implementation of GST. However, it was clear that Patanjali was losing control.

Data by Nielsen now shows that the company lost market shares across its core categories such as detergents, hair care, soaps and noodles between July 2018 and July 2019.

The fall was so steep that Patanjali was even losing market share in its core Ayurveda segment to the herbal offerings of Hindustan Unilever and Colgate.

Sridhar Ramanujam, CEO, brand-comm, said, “Patanjali brought the trend of herbal products in the market and convinced a larger audience to switch to herbal and natural products but could not manage to impress consumers for long because of bad marketing and day by day decreasing product quality.”

M. G. (Ambi) Parameswaran, Founder, Brand-Building.com, highlighted the fact that brand somehow lost its focus from being an ayurvedic and herbal brand, instead jumped into segments that had no connection with its portfolio. “The brand was built on Baba Ramdev’s halo and very little mass media advertising. Unfortunately, the brand changed course two years ago and started offering too many products that had no basis in Ayurveda. And they also started doing pretty putrid TV advertising. So in a sense the brand lost direction once it hit an amazing Rs 10,000-crore turnover,” said Ambi.

Patanjali last year introduced its apparel brand Patanjali Paridhan that provides a range of apparel for all age groups. “The brand is trying to mean everything to everybody and that is a failing part,” said Prabhakar Mundkur, independent advisor and mentor.

According to Mundkur, Patanjali introduced just too many brands, stretching the brand beyond its limits and foraying into multiple categories different from its original portfolio. “Brands can’t be a pair of jeans and ghee at the same time. This is true of all the famous brands in the world,” he says.

Harish Bijoor, Founder, Harish Bijoor Consults, feels the brand got into a big loss by entering into general trade and organised retail. “Patanjali stood out, apart from all else, with its niche and focused distribution strategy that helped it move fast and quickly with passion. The moment Patanjali went through general trade and organised retail; it lost its distribution USP. This is a big loss. Patanjali has not been able to manage GT and Operations research well. And that has been its big loophole. Its products are the same as they ever were. Its distribution is not,” said Bijoor.

In 2018, the company announced the launch of its e-commerce platform www.patanjaliayurved.net. The home-grown FMCG company also started selling its products online through leading online retailers such as Amazon, Flipkart, Bigbasket, Grofers and Paytm Mall.

The Advertising Standards Council of India (ASCI) had rapped Patanjali Ayurved several times in the past for "false and misleading" claims in its various advertisements, including its hair oil, herbal washing powder, cake, dishwash bar and fruit juice brands.

“Patanjali didn’t have a long-term view; a lot of advertising was on the verge of being false. If you look at the number of complaints in ASCI about Patanjali, it would be very high. They were in the borderline of not saying the truth,” said Ramanujam.

“Long-term thought for the brand and untrue promises would have helped Patanjali from a drop they are witnessing now; the wave Patanjali had two years back is all quiet now because of no re-purchase,” he adds.

ASCI also held Patanjali Ayurved’s ads for toothpaste Patanjali Dant Kanti as misleading as it did not substantiate claims of it being effective against pyorrhoea, swelling and bleeding of the gums, yellowing of teeth, sensitivity and bad breath and providing a natural shield against germs.

“By shooting itself in the foot when the going was good, Patanjali allowed competitors to start regain market share in a market that Patanjali itself had helped expand,” said Samit Sinha, Founder and Managing Partner, Alchemist Brand Consulting.

The Indian and MNC companies realised that the brand Patanjali was losing popular appeal and was confusing the core audience. So they too started reworking their strategy. All this together ended up hurting the Patanjali brand. “If the brand has stayed on the path of Baba Ramdev, natural products, economical pricing and wide distribution, they would have been able to protect their core customers. Even now they can go back to their tried and tested formula and recreate the old magic,” said Ambi.

Patanjali’s numbers showed that in the July-September 2019 quarter, it reported sales of Rs 1,769 crore, up from Rs 1,576 crore in the corresponding quarter a year ago.

Patanjali somehow got stuck with its basic and untrue advertising approach. Brands should be relevant to consumers and it should have something different to offer in products and marketing than its competition.

“They were a bit casual about approaching advertising in the long-term perspective,” he said.

This year, the company’s advertising budget was stagnant at Rs 550-600 crore with a 360-degree communication. 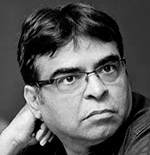 Sandip Tarkas, Director, SongDew Media, said, “The advertising was shorn of any glamour, making it a very believable promise. The brand stayed with the same formula for too long. Not refreshing it at regular intervals made it distracting and less believing for consumers.”

Tarkas explained how it is important for any brand to counter and accept the flaws of its products when needed.

“Videos appeared organically, or done by competitions on YouTube, highlighting the flaws of Patanjali products. It sounded like a proof that it’s of an inferior quality. It was something the brand should have countered but was not able to counter effectively,” he said.

“The consumer is very clear about what she wants and in what quality; one cannot underestimate consumers over the influence of a celebrity face or through emotional grounds. Brands that understand what matters to the consumers win the market share and consumer mind in their category. When consumers feel they are not getting the value of what they deserve, they quickly switch to other brands. That’s what Patanjali did not understand,” said Ramanujam.