In-depth: HD channels take a hit after NTO but is the effect long term?

In the wake of the subdued first quarter for television, BestMediaInfo.com explores the impact of NTO on ad volumes for major Hindi GECs. As per BARC data, ad insertion on HD channels drops by almost 40% but growth in SD channels ranges from 1% to 35% on Hindi GECs

After the new regulatory framework for broadcasting and cable services was introduced by the Telecom Regulatory Authority of India (TRAI), the distribution ecosystem of television has witnessed an adverse impact.

The new tariff order (NTO) changed the way broadcasters and distributors charged consumers for watching TV as it gave viewers the option of paying only for those channels they wished to watch. The new system is one of the primary factors behind the subdued growth of ad revenue on television in the first quarter of 2019.

One of the major differentiators for broadcasters were the HD channels, as they had divided their packs into two categories — HD and SD — followed by the additional premium packs in each category.

But if we look at the 12-week data comparison between pre- and post-NTO shared by BARC India, it seems ad insertions have grown on SD channels but sharply declined on HD channels post-NTO. 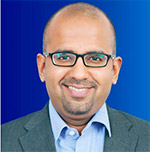 Asked about the reason behind HD channels becoming a casualty, Girish Menon, Partner & Head Media & Entertainment, KPMG in India said ‘pricing’ is the main reason behind the slump in HD channels.

“If you look at the pricing of bouquets, HD packs are more expensive than SD packs and so consumers are making a conscious choice. They are thinking if my cable bill is going up, what can I do to reduce it? Secondly, some niche channels such as the English ones have seen a drop-down. Consumers generally used to take HD packs for English channels. With English channels witnessing a fall, the HD packs have also gone down,” Menon said. 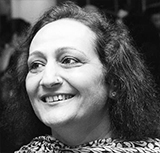 Anita Nayyar, CEO, India and South East Asia, Havas Media Group, said everybody is trying to figure out the packages they need. “Things have not yet stabilised. I think by the end of the year, everyone will get aligned to what they should or should not subscribe. Also, the audiences of HD channels have a lot of options in OTT. So these two-three factors are impacting the HD channels,” she said.

Not just HD, the NTO has also affected the second-rung GECs and niche channels such as English, music, lifestyle and infotainment. According to  Anand Bhadkamkar, Chief Operating Officer (COO), Dentsu Aegis Network, people have started choosing between the ‘need to have channels v/s the good to have channels,’ by opting for some and rejecting some. “What we see now is in a way viewership correction and not an increase in certain genres. A more realistic viewership pattern is getting established after the consumers have been given an option to select channels on the basis of their preference. So both SD and HD are gaining back after a decline as authentic consumers are opting for them,” he added.

As per BARC data, ad insertion on HD channels dropped by almost 40% whereas growth in ad volume of SD channels ranges from 1% to 35% on Hindi GECs.

Bhadkamkar said, “It is but natural that the more stable channels have been gaining in this period of flux. Some SD channels saw disproportionate spikes during this period, but in the last few weeks, they have come down and settled at realistic levels. When you look at the inventory of the channels across genres, the volumes haven’t grown. In fact, some have reduced the ad inventory, which might have led to the viewership increase. The Hindi GECs have launched new shows during this period to hold viewership. Considering GECs always had the highest reach, they were the most stable channels and saw growth. Viewers have also held on to the channels they like to view and have stopped binge-watching; repeat content no more has the appeal as the consumers have the choice on viewership.”

On advertisers’ response, Nayyar said the advertising market in general is very low. After elections, brands were expecting the market to rise, which didn't happen. This resulted in a slowdown and brands such as automobiles, infrastructure leasing and financial services and the aviation industry, among others, have witnessing an adverse impact.

On a positive note, Bhadkamkar said HD channels have not really lost out but advertisers are rather choosing the platforms smartly. “Depending on the requirement and the audiences, they prefer one over the other and not as a segment preference. The HD viewership is getting back the momentum just like any other genre now that data is stabilising and should settle down in the coming months,” he added.

Going forward, the TV ecosystem will still take six months to settle in a set pattern as the market is still witnessing some ripple effect. All three experts are of the view that NTO had an impact across all channels and as such the data had to be viewed holistically.

Bhadkamkar said, “On HD there was a fall in numbers by about 10% in March-April. After April the numbers increased month-on-month by about 20%. We will see further growth in the coming months.”

Menon said viewers are still trying to figure out the way and so we should give another six months for the consumption to settle down. “I think we should wait before deciding the future because at this point, I feel consumers are not making any thought out decisions. After six months, we can make a decision on the future of HD channels,” he said.