Brandstand: CCD and the world of Replica Brands

What every Replica Brand of the future must learn are inspirational integration of universal lessons and local learnings. In terms of experience, pricing, product and environment – merging seamlessly to build an aspirational yet accessible space 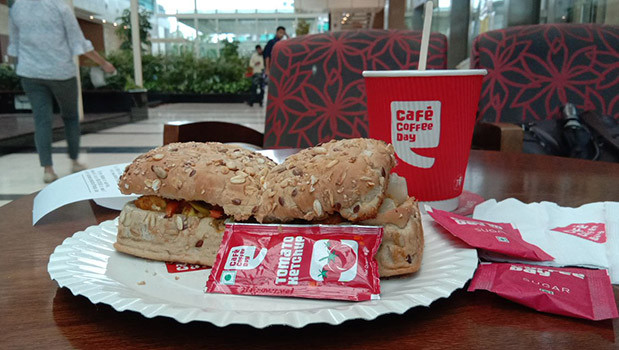 For many justifiable reasons, CCD is in the glare of media and coffee-drinkers. A good time as any to revisit the Replica brands which emerged in liberalised India, pre-empting the arrival of the global icons. While many failed, some like this chain were spectacular successes.

Till the 1990s the presence of global brands in India was rather restricted, quite like the countries of the erstwhile Communist bloc. However, unlike the latter, Indians travelled abroad freely for education and business and our urban pop culture was shaped considerably by Hollywood and western music. For physical products such as Wrigley’s or Levi’s, the grey market satisfied our desires but for experiences such as Mcdonald’s or Starbucks, the wait was unbearable. Which is exactly where an entire generation of entrepreneurs decided to replicate with sincerity, pre-empting the inevitable arrival of the international giants.

In Delhi, Nirula’s was an early success, pioneering the QSR environment that could be globally competitive. Quite smartly, they did not stick to just burgers and shakes, instead served Indian fare in a novel DIY setting. Calcutta had its popular Big Max while Mumbai was more excited by the pizza culture, a few fine establishments pre-empting Domino’s. The same was true for pubs as well, Geoffrey’s and its many phonetic clones giving us the taste of after-work bonhomie from anywhere in the world.

CCD and Barista clearly leveraged the Starbucks ethos, borrowing heavily from the latter’s ‘third place’ orientation to set up a whole new F&B culture in India. For some it was the logical upgrade of the coffee house and for others it was an overdue facelift of the college canteen. Either way, considering the soft power of the West over urban India, they worked splendidly as Replica Brands. The faithful implementation of a global formula blessed with adequate local seasonings – impressing and comforting the customer at the same instance.

Unlike their other F&B cousins, both CCD and Barista managed to play the geographical expansion game very well, the B2B coffee machines adding to the brand stickiness. Advertising programs ensured that they became full-fledged consumer brands – making like considerably challenging for Starbucks and Costa Coffee when they entered. It is worthwhile to note that the task for Domino’s and Mcdonald’s was much easier as the local replica was invariably localised and not as formidable in impact.

To its immense credit, CCD managed to hold on to its core youth base even after the onslaught of the main global rivals. Starbucks, truly successful, draws its business from a restaurant-diner profile moving horizontally to a modern and youthful conversation environment. In its truest sense, upwardly expanding the ‘Third Place’ market while not drawing significant share from the Indian leader. If this business, like burgers and shakes, had also remained regionalised with a strong national brand, one does wonder how the strategy of Starbucks would have panned out. Also, in terms of attracting certain other global chains who would have benefitted from this foray.

While all the other puzzles will slowly unravel, we cannot deny that VG Siddhartha masterfully built a best-in-class Replica Brand by understanding the aspirations of emerging India and assigning a role for coffee in this unique and dynamic environment. In the earliest part of the 21st century, our urban youth were seeking their new-age hangout – autonomous, unchained and inspirational. Canteens were too confining and rigid while restaurants were beyond both comfort and pocket – public places woefully inadequate in every sense. CCD thus became the prequel to Tinder and an adhesive for relationships. It was also a great social leveller – a solitary cup of coffee could be shared, no questions asked and thus no pockets pinched. All of the above, in the confines of a workable business model, at least from a consumer experience perspective.

What every Replica Brand of the future must learn is this inspirational integration of universal lessons and local learnings. In terms of experience, pricing, product and environment – merging seamlessly to build an aspirational yet accessible space. A lot will continue to happen over coffee and for this we must thank CCD.

(Shivaji Dasgupta is the Chief Strategy Officer of Havas Group India and can be reached at shivaji.dasgupta@havas.com)
(Disclaimer: The opinions expressed in this article are those of the author. The facts and opinions appearing in the article do not reflect the views of BestMediaInfo.com and we do not assume any responsibility or liability for the same.)