BARC resumes outlier exclusion but is it fool-proof?

With BARC again starting to exclude outliers, several broadcasters allege the data could be biased as the process of validating outliers for English news channels is manual. BestMediaInfo.com finds out how robust the outlier data is and if there is any credible alternative to the existing manual identification process 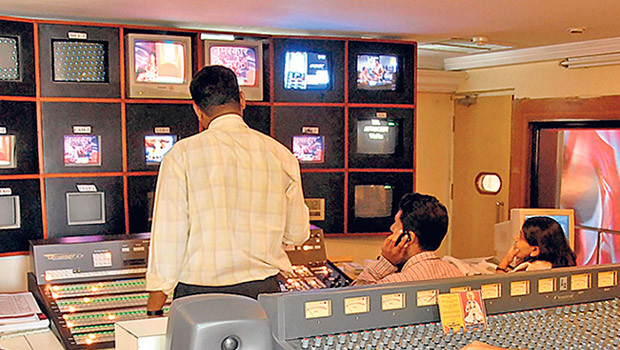 Industry measurement body BARC (Broadcast Audience Research Council) India has no mechanism to find out if the viewership a channel gets is organic or via the landing page. Hence, it relies on a mechanism called outliers, which is basically any abnormal reach rationalised and moderated by BARC, assuming it came from landing pages, or dual LCN or panel home tampering.

The entire outlier calculation process, which has been questioned by broadcasters, is manual and there’s enough scope for bias to creep in. Various stakeholders have called for automation using AI and viewer-behaviour technique to make the process 100% transparent.

A senior industry expert said the outlier detection process is already automated for large channels and it is easy to catch any major variation. However, for the English news genre, where the viewership base is too less compared with others, would it matter in the larger scheme of things if a channel that had .02% viewership saw an increase of over 100%?

“Everything is already automated. The manual process is being followed only for the smaller genres. For that also, we would soon come up with software solutions,” the expert said.

India’s English TV news industry is vertically split over the mechanism. One fraction with channels such as India Today and Republic TV wants the current outlier detection mechanism to be resumed until a fool-proof mechanism is developed. But other channels such as Times Now and News18 say the manual process is less transparent and want it to be discontinued unless there’s an automated process in place. The English TV news broadcasters have even knocked on the government’s doors with their demands.

Another industry expert said on the condition of anonymity that before landing page usage was made illegal by TRAI, the industry body used to filter out outlier data. “This outlier data was always questioned by broadcasters, alleging that the process was manual. When the usage of landing page was allowed recently, we stopped the process. The channels that got affected even went to the government, claiming that non-segregation of organic and landing page viewership wasn’t a fair play and whoever had deep pockets would keep using the landing page. Hence, being a concerned industry body, we decided to give outliers from this week,” the expert said.

The expert said anyone who had a problem with the outlier detection methodology should directly approach BARC.

Giving an industry perspective on the issue, Sudipto Chatterjee, General Manager, MediaCom, said, “It is good news that BARC has taken to outlier to rationalise the ratings. However, for English news channels the ratings don't matter as they are already sitting at a low base. So, now it is a good situation to be in where we do not have outlier at the entire arena of the rating system. Only those channels that have significant sampling and make a significant difference to overall reach and GRP calculation for that matter are far more authenticated. Though it is still not 100% fool-proof, given the situation, I would say it is a bold and welcome move. Now whatever rating we garner will be quite close to reality and, even planners don’t have to think about how to buy an English news channel. If we know that a certain channel is giving the relevant audience for it then, by all means, go for it.”

Talking about the need for automation of ratings, Chatterjee said, “I don't agree with automating the ratings because whenever automation is happening, there has to be rationalisation at the end of the day. There has to be smoothing, which BARC is doing. Automation will always average it out and for certain channels, it will work because of the risk of abortion will be more. I am not in favour of automation. The way the current rating is happening is decent.”

Mayank Bhatnagar, Senior Vice-President, Carat, said, “It is a welcome move from BARC. It ends all confusion. Now all broadcasters are on the same page. If the content is good then the rating will come for broadcasters. Earlier, questions were raised on how early BARC will normalise because they don't have any methodology to calculate viewership from the landing pages.”

“I feel automation will help but from the technical point of view, I don't know how it works. But if it is AI-based and machine-learned without any human element, then it will eliminate all the biases. Hopefully, in future they manage to bring some technology to make this adjustment through machine and AI. But I am not sure how it will work,” Bhatnagar said.

A leading broadcaster said it was about time the industry realised that using landing page is not a solution to improving ratings permanently.