No matter how data and digital-focused we are, creative will always remain our cutting-edge proposition, says Ashish Bhasin of DAN

In an interview with BestMediaInfo.com, Bhasin, Chairman and CEO of Dentsu Aegis Network (Greater South) and Anand Bhadkamkar, COO, DAN India talk about streamlining the operations of the group that runs 23 agencies under his umbrella. They highlight the need for grooming talent and giving them flexibility 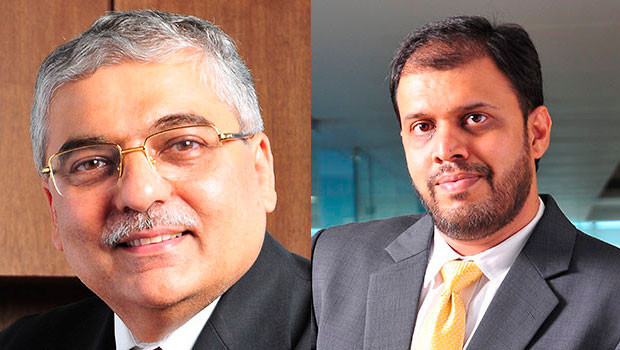 Over the past few years, Dentsu Aegis Network (DAN) has grown into a complex of web agencies. Ashish Bhasin, the Chairman and CEO of DAN (Greater South), has had a busy last few months putting in place leaders in his group agencies and also streamlining the operations across the network to bring in efficiency.

Recently, he assigned Anand Bhadkamkar, the Chief Financial officer of DAN South Asia, the additional responsibility of the Chief Operating Officer for India. Bhasin, who’s been getting either outside talent or promoting in-house talent to head several of the group agencies, also elevated Agnello Dias, the co-founder of Taproot Dentsu, as the Creative Chairman for the entire network.

Talking about the need for this string of appointments, he said, “We started with 40-50 people and now the network has a strength of around 3,700 people across various agencies. We are the only group that runs this network of agencies as a single P&L. The organisation structure had become complex over time.”

Bhasin told BestMediaInfo.com that attrition in digital was very high and there was a need to continuously keep inspiring people. Highlighting the digital and creative-led focus of the network, Bhasin said, “I don’t believe that being creative is the purview of creative agencies only. Just like every part of our business should become digital, every part of digital or offline must be creatively cutting-edge. DAN has the best talent and if we keep them attracted, then it will be unbeatable.”

Also speaking with BestMediaInfo.com about his new additional role as COO for India, Bhadkamkar said, “Dentsu’s vision is to be creative-led, data-driven and tech-enabled and I want to ensure that we embrace that with all our 23 brands functioning in the market. At the backend, all the people in the company should be working together and moving in one direction.”

What was the need to create this new role of Chief Operating Officer at the India network level? What kind of work would fall under the newly formed COO’s role?

Bhasin: The problem with us was that we started with 40-50 people. Today, we are 3,700 people. I have always wanted that a large part of our clients’ spends would come to us. If there was a space where I wasn’t able to provide a service, I either set up or went and bought a company which would give that service. In this process, the organisation has become very complex and we are the only group that runs it as one P&L.  So, everything apexes into me. There are 23 agencies, 3,700 people, 11 cities and now add Sri Lanka. Therefore, one needs somebody to hold the operations together.

Anand is the best CFO I have worked with in many years. Over a period of time, by default, he has been helping me with operations. We are trying to maintain a common base for IT, HR, Finance or any other department for operational purposes. They have already started to report to Anand in some way. Now that I have even lesser time, I found it a good idea to formalise it.

Bhadkamkar: My CFO role continues and COO role focuses more on the operational side. Setting up a common backend, systems, processes together and operational efficiency across the network is my primary focus as COO. Dentsu’s vision is to be creative-led, data-driven and tech-enabled and I want to ensure that we embrace that with all our 23 brands functioning in the market. At the backend, all the people in the company should be working together and moving in one direction.

Taproot Dentsu’s Agnello Dias was recently made the Creative Chairman of the network. Are you looking at appointing a creative chairman for your digital business as well?

Bhasin: We have eight digital companies. There are different parts to digital. We have a very large performance business, unlike any other agencies. We have got Sokrati, iProspect and SVG. It’s more than 1,200 people. On the other side, we have got Dentsu Webchutney, Isobar, Fractal Ink, Amnet and WatConsult.  These are two very different skill sets. Therefore, for performance, we do have a DAN performance CEO, Vivek Bhargava. Rest of the businesses are like full-service creative and creative-media kind of digital agencies. I don’t think in the near future we are proposing on having a position like this for digital.

What is the idea behind launching DAN Programmatic?

Bhadkamkar: We have merged our programmatic functioning with data. We have DAN Data Lab in the market. In my view, the natural fit of programmatic is with data. You cannot do programmatic without data and data can be put to best use programmatically. Therefore, we have made Gautam Mehra as our Programmatic Head, in addition to being the Chief Data Officer. Of Course, Salil Shankar will continue to run the programmatic business and operations in partnership with Gautam.

What is the meaning of the title ‘Executive sponsor’ given to Shamsuddin Jasani for DAN Programmatic South Asia?

Bhadkamkar: We have an Executive Committee. In advertising, the attrition rate is very high. The industry’s attrition rate is 50%. In DAN, at the junior level, the attrition rate is 30%. The unique thing at our organisation is that in the last 11 years, not a single executive committee member has left us. Everything that we do in our company is through the Executive Committee. You wear two hats when you sit in the executive committee. For example, Shams (Shamsuddin) is the Isobar head. But when he is sitting in the committee, his hat is to represent DAN. Depending on the skill sets of the committee members, we make them the ‘Executive Sponsors’. The Executive Sponsors job is to remove the obstacles, make sure the system is getting the right support and become the facilitator of his/her particular project. For example, Vivek Bhargava is the ‘Executive Sponsor’ for the DAN Data Lab. We don’t do any project without having an ‘Executive Sponsor’.

DAN has been a digital-driven company. So, making Agnello as the Creative Chairman across the agencies is a way to present that creativity is still the main pole for the agency and everything else is revolving around it.

Bhasin: DAN has a historical reason to have taken the lead on digital. We entered the market late and there was no point in breaking my head against TV, print and traditional media where my competitors were well ahead and which was the sunset part of the agency business. I focused heavily on digital because my competition was ignoring it. When the merger happened between Dentsu and Aegis, I made sure that the same thrust continued across DAN.

However, creative will always remain our cutting edge. Agnello is one of the best talents India has. I persuaded him over time for giving 50% of his time at Taproot Dentsu and the rest to becoming the DAN Creative Chairman. There are a lot of youngsters and if he inspires them to excel, it will create a lot of spark among them. I don’t believe that being creative is the purview of creative agencies only. Just like every part of our business should become digital, every part of digital or offline must be creatively cutting-edge. DAN has the best talent and if we keep them attracted, then it will be unbeatable. That is already showing. We have just hired Malvika Mehra, who is now the CCO of Dentsu India.

Did you acquire Malvika’s agency Tomorrow Creative Lab or you are working in some kind of partnership for Dentsu India?

Bhasin: We have hired her as the Chief Creative Officer of Dentsu India. She wanted to continue to build her design-based creative agency. We told her to continue with it but within the agency. We didn’t acquire the agency but hired and partnered her and allowed her to continue in the branding. You will only get the best talent if you allow them to be entrepreneurs.

For example, Vivek Bhargava is an entrepreneur. His earnout is over three years old. He is still continuing the job and running the company on his own, just like before.  In acquisition, you buy equity and other procedures are involved. This was not an acquisition.

After Kartik Iyer and Praveen Das were asked to leave Happy McGarryBowen in the wake of #MeToo movement, you promoted Samarjit Choudhry and Soumitra Karnik to lead the agency. How is the agency rebuilding process coming along?

Bhasin: The agency went through very difficult times and during that time Samarjit did a great job, held the team and clients together. Unfortunately, we lost a few clients. We have started the process of rebuilding the agency. He knows the agency inside and out. Why should I go out to look for people if we have got an equally good and better candidate internally?

Happy mcgarrybowen operates both in Delhi and Bangalore. Soumitra is one of the best creative talents that I have seen. He is very down to earth. He is very cutting edge when he needs to be and very practical when he has to be. I requested him to take on additional responsibility and partner with Samarjit.

DNAs of two agencies are completely different and Soumitra has been in an agency with its own culture. Suddenly he will have to imbibe the culture of Happy. Wouldn’t it be challenging?

Bhasin: I looked at all the talent available, need and capability of the agency. There is nobody better than Soumitra because of the experience he has on very large brands. He has the bandwidth. The culture of an agency is not driven by an individual, but a group of people. Soumitra will very effectively add value to both agencies.

Bhasin: My feeling is that a partly dedicated Soumitra is like 10 other CCOs. If I can get Soumitra excited enough about Happy, he is capable of doing a job of 10 creative directors.

We all have been a victim of ‘Ghar ki murgi daal baraabar’. We tend to get ready to hire people at whatever cost from outside and undervalue the talent that we have within the system. I don’t want to make that mistake.

Any more alignments and structural changes we will see in the future?

Anand: We are a very large continuously evolving group. Being an agile group, we hire around 1,300-1,400 people in a year. If the organisation is so big and dynamic, then the changes are bound to happen.