Can Selective Nationalism be allowed to continue or has the time arrived for a suitable replacement? Welcome to the emerging universe of Experiential Nationalism, driven initially by the living patterns of the millennials, who thrive on delightful outcomes 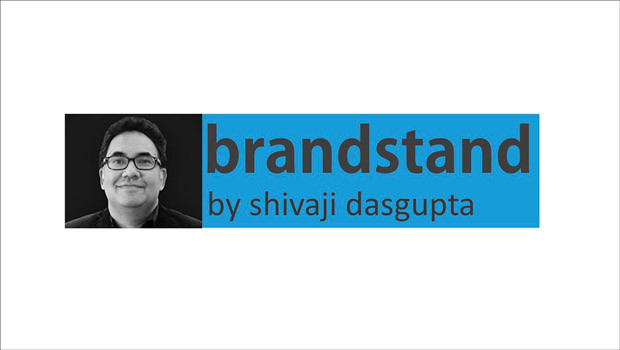 As India races to the polls and the ICC World Cup, nationalistic pride is higher than ever before. Yet our cricket team is sponsored by a Chinese brand and most favoured possessions are imported. We live in a state of Selective Nationalism, preferential patronage of Indian brands neither enforceable nor desirable.

This is not the same scenario for most countries, drawing enormous pride from craftsmanship and engineering. Which extends even to the choice of national airline or F&B, the German or the Japanese historically prone to transactional patriotism. Every eligible is immensely proud of its craft beer and local meats, while even the tiniest tourist haven is deeply passionate about flora and fauna. Yet Indians, especially like us, are ruthless about national deficiencies, maligning products, services and facilities with great aplomb.

The main culprit is the consumer-goods’ culture post-independence, operating under restrictive conditions with limited access to knowhow and innovation. Thus, almost invariably, every Indian brand was a demoralising poor cousin of its western or subsequently far-eastern counterpart. Hindustan Ambassador, nowadays an embodiment of nostalgia, was as unreliable as the Weston TV set or the garage air-conditioner. The Amul chocolate or cheese would pale in comparison to its Swiss counterpart, the same was true for the HMT watch as well. Just as we loved our popular culture and entrenched values, we hated our brands and sought every possible refuge from them, including the grey market.

In entertainment and lifestyle, the tide has changed driven largely by affluence and quality. Affluence gave us much overdue comfort with our own identity, the English Pop culture of discos replaced rapidly by Bhangra Rock. Quality helped cement this affiliation, our movies and music no lesser than Hollywood in production values. The Advertising industry reflected this wholesome transition, developing attractive hues of ethnic ingenuity and creativity. Fashion was a willing accomplice, stylised versions of traditional Indian-wear dominating both casual and social occasions. Yet, for indulgence products we still look outwards, from handbags to cheese to wines to accessories, technology or otherwise. The same is valid for holiday experiences, the orderly luxury and public-place conveniences of overseas locales an enviable benchmark.

So, can this Selective Nationalism be allowed to continue or has the time arrived for a suitable replacement?  Welcome instead to the emerging universe of Experiential Nationalism, driven initially by the living patterns of the millennials, who thrive on delightful outcomes. Wherein the product or service is a subset of the larger experience, origin-agnostic for the most part, influenced by new-age technology and digital brands. Importantly, they have limited baggage of our sordid consumerist past, born in a modern-trade world with abundant choice. Equally, they do not look up to the erstwhile first world as the gold standard, country-of-origin becoming increasingly insignificant unless intrinsically linked to the outcome. A fine case being the Japanese single malts, overriding the Scottish monopoly in a matter of years.

Experiential Nationalism deserves to be an interactive movement, mustering every relevant customer insight. Our brands must become world-class in terms of basic performance, truthfully already the case in most categories. Wherever necessary, imported input produce will bolster quality, supported suitably by favourable import policies. They must be universally inspirational, imagery and packaging, no need for out-of-turn Indianness except in the case of Ayurveda and its peers. Finally, they must be ruthlessly customer-centric in design, with innovation at the core.

This will lead to a compelling India story in consumerism, eventually influencing every notable segment. Built on the inimitable pillars of ingenuity, character, substance and imagination that so define our beautiful homeland. It is time for Selective Nationalism to give way to Experiential Nationalism. The passion for consuming Indian driven lovingly by the next generation of inspirational advertising.