As part of their innovative campaigns and social initiatives, brands are showering discounts and offers to persuade citizens to get their fingers inked this General Elections. BestMediaInfo.com takes a look at a few such campaigns that are striving to make people more politically aware and do their bit for the nation

In an attempt to remind citizens of their responsibility to cast their votes in the ongoing General Elections 2019, brands have come up with new creative social media campaigns — urging voters to step out to the polling booths and exercise their franchise and rewarding people for taking their social responsibility seriously.

A record number of first-time voters are likely to cast their votes this election and brands are tapping this segment rigorously by using the reach of social media with their innovative campaigns.

BestMediaInfo.com brings to you a few such creatives.

With its social activism movement #ActivIndia, Honda is asking every two-wheeler rider to pledge that #KoiSeatNaJayeKhali (no seat should go empty). Ensuring that every two-wheeler rides with two voters to the polling booth, the campaign triggers ‘duty to vote’ as the main action for voters. The movement deepens public awareness through campaigns being spread across all 6,000 Honda network touch points and workplace locations, supported by marketing communications across all mediums.

The brand has also asked citizens to give a missed call on 9870500111 and support the movement by taking a pledge to vote.

Apart from this, the brand has asked citizens to spread awareness on social media. Citizens can also set an SMS reminder for themselves by selecting their respective polling date on its website. 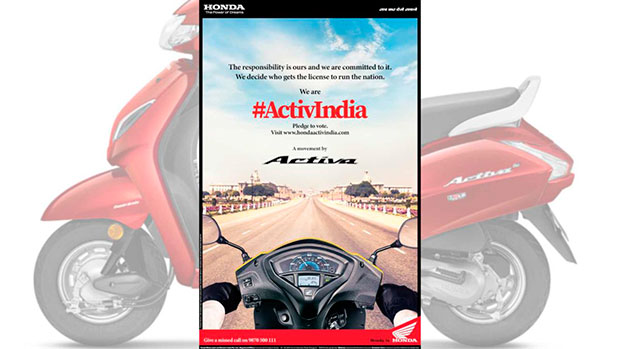 Under its campaign Ghar Jao Vote Karo, the brand is rewarding voters both on their flights to their hometown pre-election, as well as holiday discounts post elections.

Effective from March 26 to May 19, the campaign is encouraging citizens to exercise their right to vote by flying back to their respective hometowns where they have been registered as voters. The pre-election offer includes a discount of Rs 1,000 on return air tickets (per adult) on providing proof via any official document such as their Voter ID/ Aadhaar Card, etc. The last date of flight departure is May 19 to coincide with the last date of polling.

The brand also will offer a special post-voting holiday discount across both its domestic and international group tours (Rs 3000 off on its domestic group tours or Rs 5000 off on its international group tours, per family). All its customers need to do to avail the offer is to display their inked finger at any of brand’s extensive retail outlets pan India. The post-voting holiday offer is valid up to July 19. 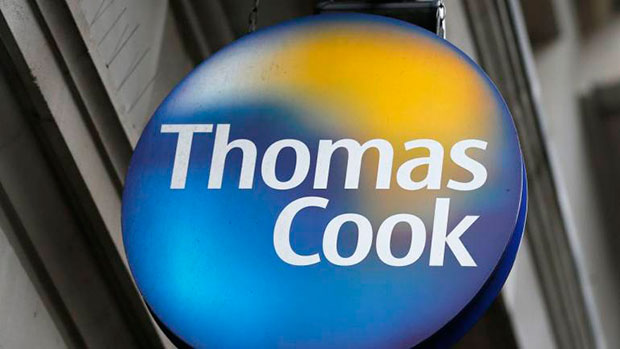 As part of its #VoteKaroPhirSwiggyKaro campaign, Swiggy in its app with a banner directs customers to a new Swiggy microsite that states the brand will now deliver the nation’s needs. Mimicking the menu listing on Swiggy, the microsite allows users to add things like infrastructure, education among others, to their cart. At the end, a pop-up urging users to step out and vote reminds them that there are still some things they can't get delivered home.

Apart from this, Swiggy’s delivery partners are gathering at their respective Swiggy hubs to take the pledge of 'I pledge to perform my duty as a responsible Indian citizen. I pledge to go out and vote.'

These partners by showing their inked fingers will win ‘Swiggy Smiles’ reward points.

Bata with its campaign #JaaUngliDikha is not only urging citizens to step out and take the responsibility of deciding the fate of the nation but also rewarding the voters. Voters can simply show their inked fingers at Bata stores to avail of the special offers. The campaign is in sync with the brand’s positioning of ‘Come and Be Surprised’. The brand is adding a small thank you gesture for the voters at the stores, with these offers. 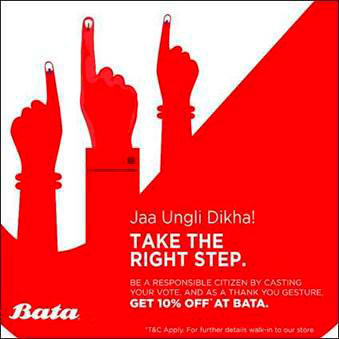 Conceptualised and executed by the DDB Mudra Group, No vote, No choice is a thought-provoking social activation of McDonalds.

Hardcastle Restaurants, the master franchisee of McDonald’s in West and South, is serving customers who didn’t vote with something other than what they had ordered. The brand wanted to point out that they have lost their right to choose what they want that since they did not cast their vote.

Titled #UnitedByVote, United Colors of Benetton has launched a video film that busts the popular notion of all the promises made by dominant voices, who believe that power lies with them to decide and condition the minds of the citizens of the country on what they need.

Conceptualised by Taproot Dentsu, the ad film urges people to unite in order to keep alive the values enshrined in the Constitution.

The film shows references from political parties speeches making promises to the public at large until a finger with an ink mark comes into frame and shuts them up, and ending with a title ‘show them who has the power’ followed by #UnitedByVote.

Celebrating its 18th year in India, the brand is offering 18% discount on all orders placed by walk-in guests for three consecutive days in each area going to the polls.

By showing their inked fingers, the customers of all age groups on the day of the voting in their respective zones as well as on two consecutive days thereafter, can avail the offer.

The pan-India campaign is supported by print and social media besides posters and counter cards placed in every participating Subway outlets.

Under its campaign #NonStopDemocracy, Castrol Activ has launched an ad film encouraging voters to exercise their right to cast their vote with ‘Give a Ride, Help Cast a Vote’. Built on the brand’s proposition of “Protect What You Love”, the film has been conceptualised and developed by Ogilvy.

The #GoVote social media campaign of CashKaro is stitched with its tagline #YouGetMore by asking people to vote so that they get more from the government this year.

Under the campaign, the brand’s team members will post videos of themselves, sharing interesting facts with the netizens about key issues that plague the country such as poverty, poor healthcare and education among others, that can only be resolved through good governance.