Is your Xiaomi phone ringing?

The campaign ‘Kiska Bajaa’, a joint effort of Xiaomi Brand Marketing team and Lowe Lintas, shows how the sound of the trademark ringtone may often brim excitement in any given social space, leading several people to wonder if it’s their call to take 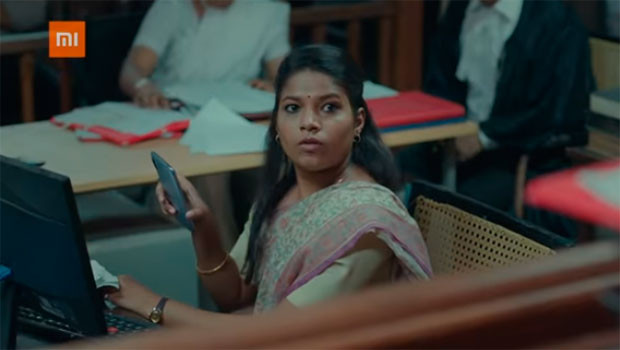 The campaign showcases that while people in India would be busy going about with their everyday lives, they may often hear and resonate with the sound of Xiaomi’s ringtone in the midst of their daily bustle. It proves how this simple ringtone works as a subtle, yet powerful reminder of the brand’s widespread presence among the people of India. And the sound of this tone may often brim excitement in any given social space, leading several people to wonder if it’s their call to take.

Although Xiaomi India’s traditional audience were mostly technology enthusiasts of age group 18-40 years, the brand has moved well beyond this and now enjoys a widespread presence across different customer categories.

The campaign stories explore various social setups ranging from young students to laymen hopeful on their government, with each scene depicting its own sense of realistic depth. The masses are heavily engrossed in their social environment; only to be disrupted by one audio tune that everyone immediately relates to, resulting in a comical chaos.

The signature ringtone is a representation of the brand’s identity. Kiska Bajaa builds on how deeply ingrained the Xiaomi brand is among Indian consumers right now.

One of the scenes show a medical class wherein a doctor is deeply involved in his lecture to the students, until a sudden ringtone is heard, prompting the highly attentive students into a comical burst of chaos while searching for their phone, only to surprisingly discover it belongs to the patient.

Another courtroom scene highlights a rather grim scenario wherein the judge prepares to announce the verdict to an eager audience, and is abruptly cut off by a loud ringtone. The room witnesses a state of amusing frenzy as several individuals struggle to reach their phones. Finally, a female court official is found to turn off her phone in a humorous scene of public embarrassment.

The Kiska Baja campaign will run across different channels, which include television, radio, Out of Home, digital media and print media.

The campaign is a collaborative effort of the Xiaomi Brand Marketing team led by Karan Shroff, and Lowe Lintas, and is directed by Ayappa.

Manu Jain, Vice-President, Xiaomi and Managing Director, Xiaomi India, said, “Kiska Baja is a sincere effort from our team to portray where our brand stands today, and how our major success resulted because of all the massive love and attention we received from the people of India. As we continue providing innovative products of high quality with best specs at honest pricing, we hope our customers will also enjoy our technology and deeply connect to our widely growing Mi community across India.”

Arun Iyer, Chairman & CCO, Lowe Lintas, said, “The Kiska Bajaa idea was inspired by real-life events. Wherever we went, airports, offices, supermarkets we heard a familiar tone. Realising this, we decided to have fun with the idea of what happens when there is a Xiaomi in every pocket.”