The company has launched a campaign that addresses Redmi Note 5 Pro as the Naya Note, taking a cue from the new currency introduced during demonetisation. The campaign videos are conceptualised by the brand’s marketing team and implemented by Lowe Lintas 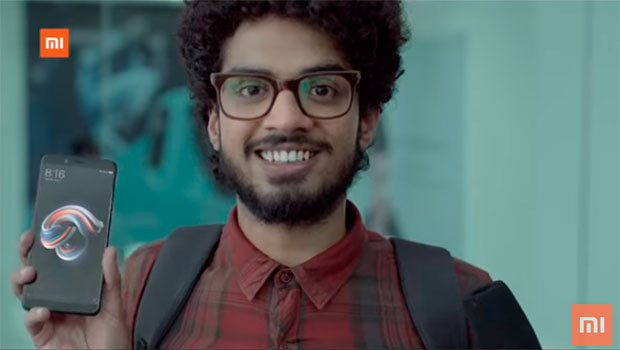 Redmi Note series has played a pivotal role since its inception in 2014 in the growth of Xiaomi India. A campaign has been launched highlighting the latest Redmi Note 5 Pro, aiming to build a stronger equity for it in India after its launch in February 2018.

Traditionally, Xiaomi India’s customer segment is mostly males of the age group of 18-40 years who are often technology enthusiasts and can discern value irrespective of price bands. Now Xiaomi aims to move beyond its traditional customer segment to become a household name among different categories of Indian customers.

It offers viewers with an unconventional take on individuals carrying on with their daily lives in bustling environments like metro trains, stock market offices, etc., and are excited by the news of the “Naya Note” launching in the market. The campaign stories explore the curiosity and anticipation that goes on to build around the Naya Note’s release, and ultimately reveals Xiaomi’s Redmi Note 5 Pro.

The campaign banks on the strong sense of familiarity that the Indian masses have established with the “Naya Note” or new note that was announced shortly after demonetisation. The Naya Note campaign for the Redmi Note series taps into this relatability element with a pure satirical approach, and offers Indian viewers memorable stories to connect to the Redmi Note series.

The campaign primarily revolves around Redmi Note 5 Pro, being addressed as the Naya Note. The treatment of the campaign is based upon the Naya Note trend set by demonetisation, which displays certain witty and hilarious references.

One such amusing instance is when a watchman guarding the bank refers to the Naya Note in a conversation with a customer, claiming it is the best one yet. The reference subtly hints at Redmi Note 5 Pro being an upgraded version from rest of its predecessors. A hilarious pun in the other video shows two bank employees discussing a chip installed in the Naya Note, which teases the widely circulated rumour of a chip in the new currency during demonetisation, but quite literally refers to the Redmi Note 5 Pro device.

Manu Jain, Vice-President, Xiaomi and Managing Director, Xiaomi India, said, “Choosing the Naya Note idea was a conscious effort from our side to highlight Xiaomi’s widespread popularity which Indians can relate to in their daily lives. Redmi Note 5 Pro is already a leader in its market space and loved by many. We hope that our campaign can further elevate our consumers’ intimate connection with Xiaomi as a brand, and relate with the Redmi Note series at the same depth as they do with the term ‘Naya Note’.”

Arun Iyer, Chairman & CCO of Low Lintas, said, “The idea behind the Naya Note campaign was simple. We noticed that the mass hysteria that surrounded the launch of every new Redmi Note phone was similar to that which existed during the time of demonetisation. We used a simple play on words to create a fun campaign that celebrated the anticipation around 'India's Naya Note.”