Conceptualised by Ogilvy & Mather, the multi-film campaign highlights the company’s initiatives along with its Triple Bottom Line philosophy of building economic, social and environmental capital for the nation 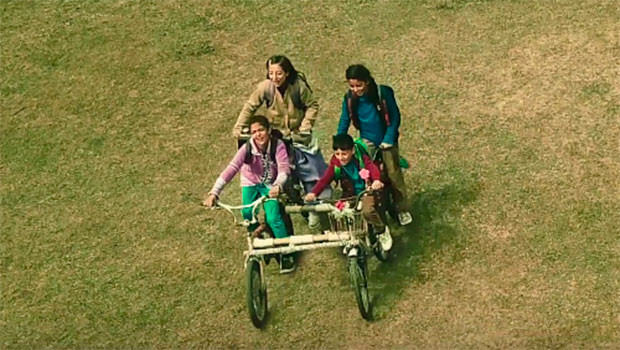 ITC’s interventions like e-Choupal, watershed development and afforestation programme have now achieved significant scale and the campaign highlights these initiatives along with the company's Triple Bottom Line philosophy of building economic, social and environmental capital for the nation.

ITC’s e-Choupal ecosystem empowers over 4 million Indian farmers through its multi-dimensional rural initiatives while connecting them to markets and enabling price discovery, thus raising farm incomes. ITC's watershed development programme which covers over 8,36,000 acres is focused on building, reviving and maintaining water harvesting structures as well as implementing other measures which help to reverse land degradation, provide critical irrigation and increase agricultural productivity. Under its afforestation initiative, ITC has worked with farmers to green over 662,000 acres to date. This programme has generated over 120 million person-days of employment, among poor tribals, marginal farmers and farm workers.

The films shows through the eyes of children how ITC brings alive its business philosophy of Sab Saath Badhein through on-ground initiatives. These films are shot at actual ITC locations.

The Sab Saath Badhein philosophy film shows four children, each struggling individually to reach their collective destination. This is a hurdle these children have to overcome daily.

Then one day, these children decide to change their approach: instead of struggling to reach their destination on their own, they combine their efforts and we see the difference this decision makes.

Sumanto Chattopadhyay, Chairman & Chief Creative Officer, Soho Square (part of the Ogilvy Group in India), said “When you see a corporate philosophy in action – changing lives on a large scale – it inspires you. This campaign is born out of that inspiration.”

Mayur Varma, Executive Creative Director and Creative Head, Mumbai & Kolkata, Soho Square (part of the Ogilvy Group in India), said, “Children are the common thread across this campaign. They represent the future of India. This blends seamlessly with ITC’s future forward business approach.”