The launch of 10 horror shows in a year definitely points to viewership growth for the genre but does it help Hindi GECs spearhead the ad growth? What is attracting viewers? We spoke to media planners to find out what they think about the supernatural element 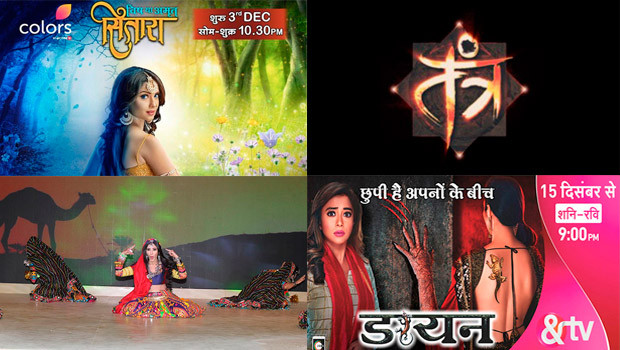 It won’t be wrong if we say that viewers today are spoilt for content. Broadcasters and producers are experimenting with different concepts, indirectly giving a boost to several unexplored genres. One such genre that is been revived on television is the supernatural.

The genre was popular in the late ’90s with shows like Aahat and Zee Horror Show but went into the back burner with the rise of saas-bahu dramas. The genre made a comeback in late 2016 with Colors’ Naagin. The success of Naagin can be attributed as one of the reasons behind the explosion of supernatural shows on television. Currently, there are around 10 supernatural shows across Hindi GECs.

So, what is attracting viewers to the genre? Anita Nayyar, CEO India and South Asia, Havas Media Group, believes that the supernatural genre is disruptive in nature and is breaking away from the regular fictional drama. “There is an overdose of regular fiction drama as a result of which a fatigue has set in among the audience. Additionally, Colors and Zee witnessed a good run with this genre as it clicked well with the audience. Hence, channels are following the genre that is working. Whenever there is a slight disruption in content and people follow that content, channels will also follow suit.”

Aparna Bhosle, Zee TV Business Head, says fantasy or supernatural thrillers are working in the current context as they offer viewers the relief of escapism, they transport audiences into an alternative reality away from the rigmarole of their daily routine and stress. “Secondly, the foundation of most of the supernatural genre is Indian folklore, which is an integral part of our growing up and hence relatable. While the viewing preferences of the audiences are expanding with a multiplicity of choices, there is an affinity for the fantasy genre just the way people have loved family dramas over the years.”

Zee TV has gained 83% in the slot viewership with the launch of the thriller show Manmohini at 7.30pm, Monday to Friday.  “Manmohini is the 3rd biggest weekday fiction launches of the year (YTD) with 5426 TVTs @ HSM-Urban. Zee TV has gained slot leadership at weekdays 7:30 pm. On an average, competition gets around 17% viewership contribution from the fantasy genre, while Manmohini contributes about 8% to the total GRP contribution for Zee TV,” Bhosle states.

Sujata Dwibedy, Executive Vice-President at Carat India on Team Mondelez, also agreed that the growth of the supernatural genre is just a phase though she feels that the measurement numbers are not a true representation of what is viewed by the audience.

“I think the content is retro and regressive and something we don’t want our families and children to watch. It is unfortunate that our places are skewed only to measurement numbers and the measurement numbers are based on the sample that is set, so it is not necessarily that the audiences like it. I don’t think that is a true representation of whatever the broadcasters are showing. BARC numbers are showing well and markets are buying it,” she said.

While the genre is getting traction, it is the content that determines the success of the show. There have been few supernatural shows in the past, which fizzled out due to the lack of innovative content. The biggest challenge for horror shows is that it can’t just rely on the story but also needs a good production set, which is clubbed with high-quality VFX. As a result, the heavy investment in production and animation leads to the daunting question — can a channel rely on the show to bring in viewership and sponsors?

Dwibedy says channels can’t rely on a particular genre as the audiences are constantly evolving. Citing the example of Colors’ Naagin, she said, “Colors tasted success with Naagin season 1 and season 2 but it is not necessarily the number one channel on the chart. Naagin 3 opened with good numbers but I don’t think it has kept the momentum. It is not necessarily tried and tested formula of what will keep working for the channel. As audiences evolve, they are switching from one channel to another, which is why there is no clear number one channel for the year. It is constant switch between channels and I am sure there will be a time when the audience will settle down with good content.”

Though the viewership of the genre has grown, it doesn’t have much of an impact on the advertising front. Nayyar says that as a genre, it doesn’t contribute to ad growth because it is treated just like any other fiction show. “It is a fiction show just with a difference, so I don’t think it will very much add to ad growth,” she adds.

Dwibedy took the point forward, stating that media planning doesn’t rely on the content of the show but on the success. “Very rarely, the clients would restrict us from putting up the ad on a certain kind of show. But most of the time they look at the ranking of the show and they include it in their plan so they don’t really get into what the content is, they only look at the numbers,” Dwibedy concluded.

In the end, we can say that the genre definitely has the potential but like any other genre, the success depends on the treatment and content of the shows. With so many channels launching the shows in the same genre, it will be interesting to see how they manage to bring in innovation and which succeeds in attracting the audience for long.