Brandstand: Life Beyond Logo for WPP

Make no mistake, the stated strategic destination of WPP is timely and welcome, as a tool of survival and not just growth. What I am questioning is the disappointing shortcut of a demonstrative identity change that has been taken, unaligned to the expectations of the new world it wishes to conquer 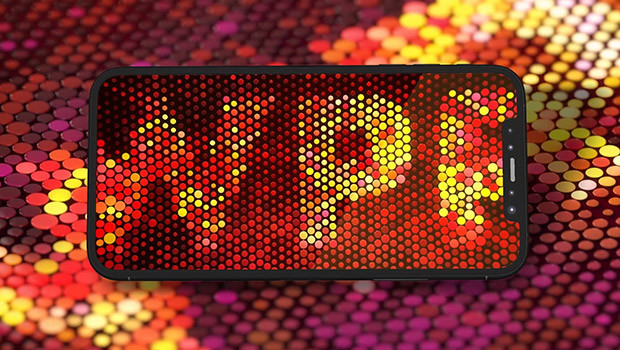 Just recently, WPP launched a new logo to accurately represent its new-found dynamism—designed to justify its ambitions as a creative transformation company with focus on communications, technology, experiences and commerce. It raises expectations from clients especially, which is exactly where this new identity may become a source of serious trouble, instead of being an impetus for growth.

This exercise is a justifiable case of doing to self what is done usually to others, identity-recrafting a recurring source of businesses for many group companies. In corporate cases, such evolutions work in two clear cases as proven over time and category. The first is a pure-play design change, done deliberately as a strategic choice or a technical imperative. So, Hutch becomes Vodafone due to ownership progression and the entire look and feel changes, including service point contacts. The reason can also be modernisation or to communicate a renewed thrust in policy — many cases, including ITC, Tatas, Birla and the like. The second, however, is more fundamental, when a fundamental operating philosophy is being altered and the re-jig is a demonstration of a new philosophy — a symbol of change that must be felt daily. Gateway Hotels from the larger Taj stable was one such case — an experiential revamp leading to a new menu, new protocols and of course, a new logo. There are similar cases of service brands or advisory businesses attempting just this, succeeding brilliantly when the change is genuinely felt and is not just a design exercise.

WPP is gamely trying to fast-forward a complicated business transformation task through this perception-exercise, a common trick that it applies for clients who seek a similar fix. The problem lies in the delivery mechanism, the many hundreds of companies staffed in legacy constructs, which cannot be expected to transform overnight, unlike the logo. Even wherever mergers have been implemented, the process of creating a new service organisation, armed in scale with the new-age skill sets, will take years to achieve. Apart from skillset realignments, client expectations and priorities must be managed, a significant chunk of revenues, especially in India, arriving from old-economy expectations. The process of winning newer assignment as a result of such a reboot will also be a longer-drawn process, due to comfort in existing alignments and the need for in-house companies to prove their mettle. It will work first as a retention tool and perhaps for pitches, even then the consistent front-line deliveries will be difficult to achieve in the short to medium term.

Make no mistake, the stated strategic destination of WPP is timely and welcome, as a tool of survival and not just growth. What I am questioning is the disappointing shortcut of a demonstrative identity change that has been taken, unaligned to the expectations of the new world it wishes to conquer. This new world of B2C or B2B customers placing the highest possible premium on measurable performance or delivery, the role of promise or lofty vision only as good as its implementation. In this case the mergers were clear indicators of walking the talk, age-old monoliths being demolished, and promising flexibility being imbibed in the system. What would have been most appropriate is for the new combinations to have delivered notable performance in the first year, creating a followable template for other strategic realignments in the holding company. Most importantly, it would give credibility for this valuable promise, many more clients willing to put their faith in the new-age WPP.

In many ways, nothing is wrong about the logo and its intended philosophy, except the choice of timing. Quite alarmingly, falling into an old-economy ‘communications’ trap of reaching out to customers through currently-undeliverable promises as opposed to concentrating initially on performing solidly, in tune with meaningful organisational changes. Clients who are ahead of the curve are bound to be disappointed, immensely unfair to employees as well to rejig their established DNAs so suddenly. The new logo of WPP thus remains a good idea whose time has not yet come.

Tags: Brandstand Life Beyond Logo for WPP
Advertisment
More from this section