The two on-ground events held at Bhopal and Jaipur on November 19 and 20, respectively 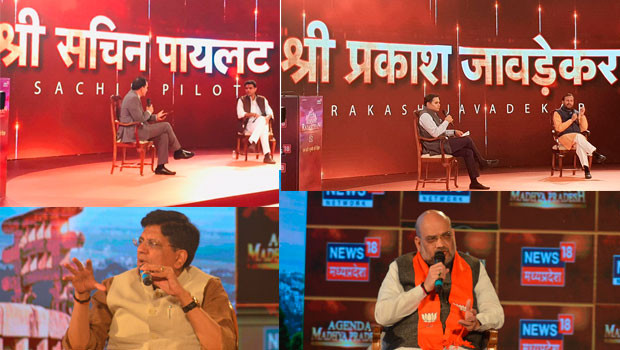 On this occasion, Avinash Kaul , Managing Director A+E Networks and COO Network18, said,  “As the country’s leading news network, we are extremely pleased with how our state - specific political and economic debates have become established as the most credible and impactful platform for addressing key issues and setting an agenda for growth.”

Rajesh Raina, Group Editor, News18 Network, said, "News 18 has always played a major role in upholding the values and ethics of fairness, objectivity and impartiality in media reportage. In continuation to the pursuit, the day- long Agenda event marking confabulations and discussions with top policy makers, bureaucrats and public representatives is going to be a churning pot of ideas and vision for the state".