Google introduces a host of new ad solutions for India 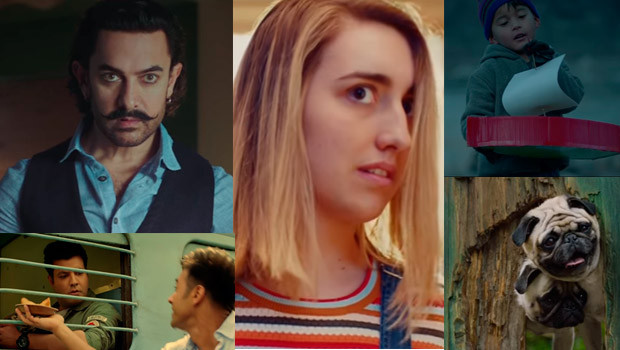 At the fourth edition of Google’s flagship event Google for India “advertising track”, Google shared insights about the changing internet landscape in India and how that is shaping the consumer behaviour and creating new opportunities for marketers.

"Voice, video and vernacular are three big themes that capture the behaviours of India’s growing internet users. Keeping up with the pace of change in India’s user behaviour, we’re doubling down on our efforts to innovate our ads products for India," said Rajan Anandan, VP South East Asia and India, Google.

Speaking about how Google is evolving its ads offerings for India, Kim Spalding, Lead, Product Management, SMB and Emerging Market Advertising, Google, said, “The rapid growth in India and the diversity in user behaviour and changing patterns are impacting and informing the way we develop our products. We know that advertising in local languages is critical to reach out to users in India’s growing digital ecosystem. Our research shows that 88% of users are more likely to respond to a digital advertisement in their local language as compared to English. Towards this we introduced Smart Display campaign in Hindi and have also expanded our ad products to support Tamil, Bengali, and Telugu across search, display and YouTube. We will soon be adding support for Marathi and continue to invest in bringing support for more Indian languages."

“In addition to this, we are also introducing an India-first form ads on search, which allows advertisers to generate leads seamlessly from their mobile search ads. Users tap a call to action in the ad extension such as ‘get a quote’ or ‘sign up’, and then reach a customisable, Google-hosted form, prefilled with information shared by the users, with the option to edit to submit their inquiry,” she added.

At the event, YouTube unveiled its first ever Creative Excellence Award winners. These are ads that are shaping creative excellence on YouTube in India. The top five ads from January 2018 till June 2018 were rated by an esteemed panel of 11 representatives from creative agencies, ad film direction and media planning, compiled by Kantar IMRB.

The winning ads were picked by the jury for demonstrating the creativity and the impact they achieved for the brands on YouTube. These video ads were evaluated against the following parameters – attention, brand-ad fit, memorability, uniqueness, relevance, comprehension and overall likeability.

The winners include: Apple for face unlock feature, Vodafone for pug is back with its pack, P&G for shiksha campaign, Vivo V9 for bokeh mode and Pepsi for the adventures of Hunny and Choocha.

The winning ads were shortlisted from the top 20 ads on YouTube in India that are determined by an internal algorithm. The process entails organic, paid views along with other audience metrics.

The Pug is back with its pack! - Vodafone

The Adventures of Hunny and Choocha - Pepsi