India’s first edible oil brand had a rough past and is now trying to ramp up its brand-building exercise. BestMediaInfo.com embarked on the journey of the oil brand to know its various good and bad phases, how it is still one of India’s most iconic brands and hopes to once again become India’s most loved name

Cooking oil brand Dhara, popularly known for its iconic ‘Jalebi’ ad, has seen a lot of ups and downs in its journey. Once the market leader in India, Dhara saw its parentage changing in the last 30 years. In 1998, the brand faced a crisis during the ‘dropsy case’, when people fell ill and even lost lives after consuming adulterated oil. Using this as opportunity, other companies entered the market with oil variants.

To get its respect back, the present owner of Dhara, Mother Dairy Fruit & Vegetable, has now pulled up its socks and is getting aggressive on the marketing and branding of the brand.

Dhara’s journey began when The Golden Flow operation was launched by the National Dairy Development Board (NDDB) to curb the sale of loose oil in 1988. It was then when India’s first tetra packaged oil brand Dhara was launched.

Sanjeev Giri, Business Head, Dhara Edible Oil at Mother Dairy Fruit & Vegetable, said, “We were the first one to introduce a litre pack from the previous selling kilogram and that too in tamper-proof tetra pack to avoid adulteration and give quality oil to the market and the industry.”

The brand did not have a permanent parent until 2008

RS Sodhi, currently the Managing Director, GCMMF, was the Area Sales Manager in Ahmedabad when the brand was first launched in India. Remembering the times then, Sodhi said, “I remember every morning I used to get a call from Verghese Kurien (Former GCMMF Chairman, NDDB Chairman from 1965 to 1998 and the man behind Amul) asking about the brand’s sales in the market and problems associated with it. He was directly monitoring the brand from Anand. He was always very much concerned about Dhara. The brand came as a market intervention and made people shift from buying loose to the packed oil. It was an instant success and became the no. 1 brand in India and we were distributing it through Amul distribution all over India.”

GCMMF has been the sole selling agent for Dhara since its launch and continued distributing it even after DOFCO was set up on December 11, 2000, for the marketing of Dhara and bulk trading of agri-commodities. However, from 2005 onwards, MDFVL has been selling, distributing and marketing Dhara. In 2008, NDDB merged two of its wholly-owned subsidiary companies – MDFVL and DOFCO.

If grapevine is to be believed, when Amrita Patel became the Chairman of NDDB after Dr Kurien resigned, she was not in much sync with the brand as she believed that edible oil doesn’t benefit farmers much and NDDB works only for their benefit. Dr Kurien and Patel’s ideology were not in tandem related to Dhara and other issues if news reports were to be believed. At that time, NDDB decided to cut ties with GCMMF and gave Dhara’s reins to MDFVL. Like this, the brand shifted from Ahmedabad to Delhi and then to Mother Dairy completely.

Giri said, “Dhara came to us finally because we had a better control of distribution compared to a cooperative.”

The brand started losing market share to the new entrants

Starting in early 2000, the brand started losing its market share to the new entrants at that time. Giri said, “With globalisation, a lot of international brands entered India with new oil variants and because of the government’s cooperative structure, Dhara was not able to compete with the new players and market dimensions. The new brands started selling cheaper oil in India.”

Dhara stands at no. 5 position in the packed oil segment in India. It was no.1 for quite some years until it lost to Adani’s Fortune, Marico’s Saffola and Ruchi Soya that entered the market with variants of cheaper priced oil.

A few industry men say that Dhara lost its market share to others because it didn’t enter the majorly consumed palm oil segment. To which Giri answered, “Most of the oil imported in India is cheaper in price. We don’t see much premium-priced oil being imported. Government policies are very uncertain and today we have enough on our plate. Our prime objective is to help the farmers. We help them by buying domestic seeds like groundnut and mustard. These are the traditional oils and still preferred in India. In the current financial year, we have no intention get into the palm oil segment.”

He said, “When the brand moved to Mother Dairy, its focus remained more on milk and farmers’ development. Even today, Mother Dairy’s primary objective is the betterment of farmers and that is why it lost focus.”

How Dhara tried to cope up with the ‘Dropsy brand crisis’?

In 2017, a Delhi court announced a fine of Rs 2.4 crore on NDDB for manufacturing Dhara mustard oil, which caused the dropsy ailment that led to the death of 50 people and 3,000 people ill in 1998. The court also imposed a fine of Rs 60 lakh on GCMMF, which was responsible for the distribution of the product.

Just like every brand that would like to resurrect its image among consumers, Dhara came up with a print campaign to prove itself correct. 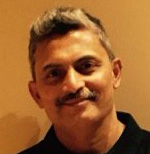 Jagdish Acharya, Founder-Creative Head, Cut The Crap is the man behind the brand’s most early and iconic ‘Jalebi ad’. Talking about how the brand tried to gain the consumer trust back after dropsy, Acharya said, “The brand reduced its advertising at that point in time because we couldn’t beat our chest when people were doubting us. The print campaigns mentioned that Dhara has been giving facts to the people and why would it give fiction to its consumers.”

Under Giri’s leadership, Dhara has again become quite aggressive in the past last five years now and is currently growing at a rate of 18% CAGR. The company stands at a turnover of Rs 1,500 crore. “We are trying to catch up with the industry. We were the leaders. Today also we are among the top five. With the growth, we expect to capture the market back in the future,” added Giri.

Dhara has a strong foothold in the Eastern part of India and is now extending focus on capturing the Northern and Western markets.

Online distribution network adds not more than 3% of the total sales figure of the brand, but Giri sees it growing in the future.

Sharing the story behind the Dhara’s most iconic ‘Jalebi ad’, Acharya said, “When Dhara was launched, it was the cheapest oil. Its sales shot up. There was no marketing required at all at that point in time.”

He said that after 2-3 years, the government removed price control. At that point, the support given by the government for Dhara was withdrawn and the company had to compete in the market at the same subsidised price.

“The big problem with Dhara was that while it was the most popular oil brand, it was considered as a ration oil and it would not have been sold at competitive prices,” added Acharya.

Therefore, NDDB launched for the first time ‘Dhara Dhara, Shuddh Dhara’, a tune that stands for purity, which is also the tune that still remains with the brand. The second strategy of the brand was that it launched variants for different regions of India. The strategy got a mixed response and it did not really take off and it was very difficult to promote it.

Although the advertisement was a huge success for the brand, it came under the ASCI’s misleading ads radar but managed to sail through it. 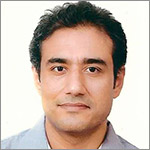 Kindra also said that the agency has been executing a few things here and there before the latest major campaign launch. Last year, the agency executed a digital film called ‘Tyohaaron ki Dhara’.

“It’s about how cooking oil plays an important role during the festivals and have connected it to the food prepared during such time,” added Kindra.

After a long gap, the brand has now repositioned itself as a brand that stands for healthy living with the campaign ‘Zara sa badlaav’.

Kindra said, “Zara sa badlaav is about small little changes lead to bigger changes in life. We have also used the iconic tune of Dhara in a modernised way and people are liking it. This is the first major campaign that we have done for the brand other than the BTL activities after the repositioning.”

Giri added, “Every brand talks about low absorption oil, heart and cholesterol. We wanted to move out of that. Everyone knows that oil is to be consumed intelligently. We became the oil brand to ask consumers to use less oil. This is a very strong and bold message about a change. We talked about small changes.”

Giri also mentioned that on the front of every packaging, it is written that ‘Dhara recommends consumption of oil in moderation with physical exercise’.

The Jalebi ad is India’s one of the iconic ads to date. After that, Dhara couldn't produce ads that could come under the iconic category or could have top-of-the-mind recall.

Explaining the rationale behind the latter Dhara ads not fetching the same results as the Jalebi ad got, Giri said, “Not many marketers were focused on advertising those days except a few like HUL, ITC and Godrej. Today, the TV is cluttered with 10-15 second ads. If you are asked to remember 10-15 top ads, it will be those of 20 years back only because they were in fewer in numbers.”

Another reason that Giri stated was that the brand Dhara never had a permanent ownership until it came to Mother Dairy so the investment in its marketing did not happen as much it should have been.

The marketing and advertising revamp by Mother Dairy

He further said, “After making our distribution steady, it took us about a year to reinvent ourselves.”

The brand now spends close to Rs 25 crore on the marketing front and allocates most of its marketing spends on the ATL activities. Apart from the tetra pack, Dhara is available from a 200 ml pack to a 15 kg tin.

DDB Mudra and Dhara have been associated for 30 years now. Commenting on this long-term relationship, Giri said, “They understand the brand well. I don’t need to explain them everything all over again. The moment we speak to a new agency, they will start with research. The research bit is already with DDB. Till the time experience doesn’t become a liability, the relationship is always good.”

Talking about the road ahead, Giri said, “Earlier Dhara was the only brand present. Today, every year a new brand is launched. The journey ahead will be challenging. I wouldn’t say that I have a vision of becoming no. 1 or no. 2, but a vision of becoming a preferred brand for the consumers.”