The channel has gained an extra viewership of close to 42 million Impressions in week 17, on the back of the new show

Little Singham, the animated series around the ‚ÄòSingham‚Äô franchise, has contributed close to 60% to the viewership of Discovery Kids in week 17, as per BARC data shared by the channel. In its debut week, the show helped the channel to grow viewership by about 91% garnering 88.952 million Impressions in week 17 as per BARC data (age group 2-14, India Urban + Rural), over week 16 data of 46.559 million Impressions.

The launch of Little Singham has accelerated the rise of Discovery Kids, helping it achieve the second position in the kids‚Äô genre in week 17 from the ninth position that it held in week 7 of 2018. The channel has been gaining numbers since a couple of months. It had launched another localised Indian series Bandbudh Budbak on February 12, 2018.

Little Singham was launched on April 21 in collaboration with Rohit Shetty Picturez and Reliance Animation. The show has generated huge advertiser interest as well. It is presented by Dabur Red Paste, co-powered by Britannia Cakes. Dettol is a special partner while Flipkart, and Heinz - Glucon D and B Natural are associate sponsors. 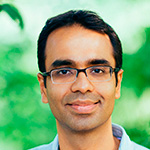 Karan Bajaj, Senior Vice-President and General Manager, South Asia, Discovery Communications India, said, ‚ÄúWe did things differently ‚Äì focused all our energies on a single IP and launched it an unprecedented scale; not a norm in the industry. We were clear from the beginning that to take Discovery Kids from ninth position (in the 12 channel kids genre), to the top of the league, we will have to follow a bold approach and be ready to take a contrarian view on all aspects of the product, be it programming, distribution or marketing.‚Äù 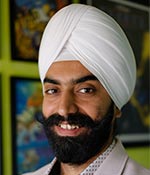 Uttam Pal Singh, Head, Discovery Kids, said, ‚ÄúThe traction that Little Singham has been able to generate is a proof that the concept of ‚ÄòIndia‚Äôs youngest supercop‚Äô inspired by India‚Äôs biggest supercop brand ‚Äì Singham is reverberating with kids across the country. At heart lies our understanding and research on our consumer, the kids. Delivering the right product to the right TG at the right time. These results don‚Äôt satiate our thrust, as we remain committed to the cause of garnering the top slot in the kids‚Äô genre in India.‚Äù

Tags: Little Singham Discovery Kids to No. 2 spot
Advertisment
More from this section

MN+ brings alive the magic of Oscars with ‚ÄòAcademy Club‚Äô