Launched in 2009, Business of Ideas became Jio Studios when Reliance Jio acquired the company in 2015. The agency, known for Jio's Dhan Dhana Dhan campaign, still has to compete for Jio's creative and content business along with other agencies. Aditya Bhat, Head, Jio Studios, speaks to BestMediaInfo about its growth plans and the opportunities it targets outside Reliance 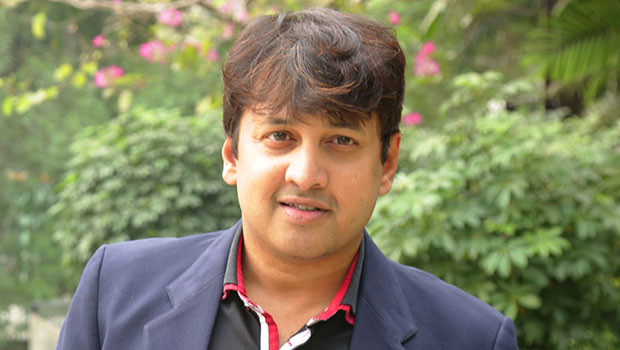 Jio Studios, the advertising and content agency owned by Reliance Jio, is planning to expand its business and reduce its dependence on the Jio network. The agency, already working with three major FMCG brands in India, aims to grab at least 15 clients in a year.

Although Jio Studios is owned by Reliance Jio, the content company has to pitch to its parent company each time as Jio also works with other agencies. Jio Studios also has the freedom to work with outside brands that do not compete directly with Reliance Jio. “Nothing is going to come on a platter to us. Even today we need to pitch internally and compete with the mainline agencies even if we are a part of Jio,” said Aditya Bhat, Head, Jio Studios. Jio Studios is a content company and does advertising as well. Once revenues are in place, the company will also foray into creating original content. Bhatt commented, “We are not doing any original content till the revenue model is in place. Reliance as a company is always focused on ROI and till they are very clear on the revenue model, the investments are not going to be made.”

Bhat said, “However, we are also working with other brands to get featured on the Jio network. We are currently working with some of top advertisers to look at interesting solutions. This is an interesting and a completely revenue-driven strategy where an advertiser will get the right TG on the Jio platform.”

The ‘Jio Dhan Dhana Dhan’ ad campaign was made and executed by Jio Studios. This time in the IPL season, Jio is celebrating India’s growth in the digital space, bringing eight IPL teams and Bollywood actress Deepika Padukone throwing a success party in the ad.

Having an ambitious plan in place, Jio Studios doesn’t really believe in the concept of retainership. Bhat said, “If there is a great idea that comes from another independent outfit, it must be used. I believe those creative boutiques will flourish who work from campaign to campaign and who pull their socks up and give their best to the brand. This is better for brands that can choose from multiple solutions available to them. This is where the industry is going to be in future.”

The content company doesn’t believe in hierarchy and has a flat organisational structure. The average age of people working at Jio Studios is 24 years. “We work and think like a start-up with the hunger of start-up. We have a structure in place like a full-service agency with servicing and strategy teams along with creative team and production teams. We are a full-fledged studio and not just an advertising agency.”

The last Jio Dhan Dhana Dhan campaign was already a success and bringing in a celebrity like Padukone made it larger. Roping in Padukone was Nita Ambani’s idea, Bhat said. “She thought that a glamorous face can add the spice. The last time we were celebrating our association with cricket, this time we moved a little further. The thought was to show Deepika Padukone throwing a party, which is not a Jio party but India celebrating its achievements, which is truly something one should be proud of.”

Having produced pieces such as the Sunny Leone Anti-smoking and the Kangana Swachh Bharat films along with Star Plus Nayi Soch film, the agency has proved its mettle in the past. “Our team is equipped to produce fiction, non-fiction and brand stories. We are getting trained by best minds internationally on VR/AR and other technical skills. So, we are a creative boutique equipped to service the needs of the future where we can merge content and technology,” said Bhat.

The only thing that worries Bhat is that they entered the market very late, which is already almost saturated and competing with already well-established companies would be a challenge. Previously, Jio Studios was involved in the launch of Reliance Jio.

Bhat said, “One of our biggest drawbacks is that we entered the communication business very late, where today some of the biggest brands already have established agencies. We have just started going out in the market in the last three-four months. Before that, we did not have the mandate to go out and work with others.

He said, “We were busy launching Jio and some other campaigns. Now that we have a larger team, we want to work with some of the best in business, learn from them and add some value. Hope that when we speak next time it will not be only about Jio but stories on other brands as well.”

To cope up with competition, Jio Studios is trying to make a mark with efficiency in AR, VR and 360-degree videos as solutions.

Jio Studios and Reliance Jio are being compared with what Mudra was for Reliance. But stating the difference between them and Mudra, Bhat said, “The difference is that while Mudra was catering only to 30 seconds advertising, we believe storytelling is what will make the difference. Marketers are looking at newer looks and action because technology has enabled us to skip ads. We work as a start-up but we have people who are experienced and equipped to do that. Mudra used to outsource production, we do it in-house.”