In-depth: Why ad production houses shy away from Delhi

Delhi is becoming a creative business hub but it's still far from being the preferred city for production houses. Is it the lack of talent, infrastructure and high cost that are hindering Delhi's growth or are ad production houses just too comfortable being in the Bollywood-driven city? 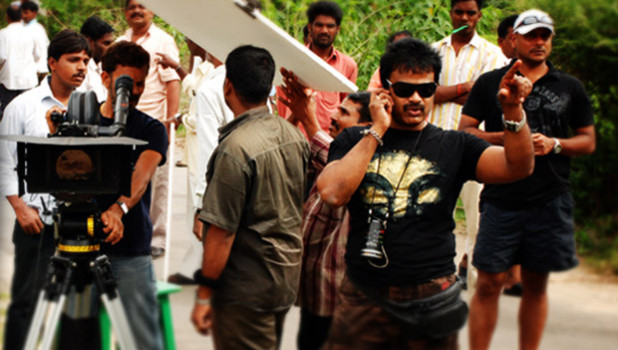 If you were to count the number of movies shot in Delhi in the last couple of years, you could name at least a dozen. But if you were asked about ads filmed in Delhi, hardly any would come to your mind. This despite the fact that all big advertisers, including Airtel, Maruti Suzuki, PepsiCo Coca-Cola, Reckitt, Hyundai and Samsung, are based in Delhi-NCR.

Not just that, Delhi is also the place where a lot of senior professionals of network agencies’, NCDs (National Creative Director) and CCOs (Chief Creative Officer) are based. Swati Bhattacharya of FCB, Soumitra Karnik of Dentsu, Ajay Gahlaut of Ogilvy and Prateek Bhardwaj of McCann to name a few. JWT and Ogilvy’s offices are bigger than the Mumbai ones.

So why is it that even after such robust growth, the creative industry has to eventually come to Mumbai to shoot films?

Some say Delhi's lack of professionalism and too much reliance of jugaad ideology make it a laggard. Others believe that with increase in business, big production houses would also open shop in Delhi, just like the creative agencies.

"Mumbai has a lot of spare studio and shoot infrastructure because of Bollywood. Delhi doesn't have that and hence there's an increase in cost," argues an expert.

"Movies that are shot in Delhi have a city storyline. Whereas, an ad can be shot anywhere if the desired location and infrastructure is available," he added.

Prahlad Kakkar of Genesis Films thinks that even if proper infrastructure is set up in Delhi and one can bring in the top-of-the-line cameramen, models and directors, what will you do with the set designers, carpenters, executors, light boys and wrap-up boys? Nobody is honest in Delhi and people in Delhi overcharge as well. A man in Delhi will do the two-hour job in six hours,” said Kakkar.

Kakkar said that more than any factor, one can’t find the apt skill sets and behaviour in the people of Delhi. He said, “Delhi doesn’t have a proper work culture. Everything is ‘jugaad’ there. The effort involved in creating a 30-second ad is so humongous, it can’t happen in Delhi. You will find people standing and scratching the wall and not working and that in turn affects the whole unit.”

Hemant Bhandari, Director and Co- Founder of Chrome Pictures, thinks that the agencies are also not much open to the thought of working with production houses in Delhi. He said, “Even if the agencies based in Delhi wish to work with production houses there, they might feel cheated or find lack of professionalism. In Mumbai, if a job is given, the work is done to the core. In Delhi, you have to push people and remind them.”

Kapil Arora, President, Ogilvy Group Companies, North, ‎Ogilvy & Mather, sees a good future for production in Delhi. Arora said, “Till now, Mumbai remains the hub. But ever since the democratisation of content creation, there are enough and more production work happening in more cities. They might not be working with the large-scale agencies, but I am sure there are production houses doing their own content for digital. Because of the size of the business in Delhi, the city is becoming equal to and larger than Mumbai.

He thinks it totally depends on where people want to work, irrespective of the location. Naming a few production houses in Delhi and Bangalore like Kiss Films and DZU Films in Delhi and Nirvana based in Bangalore, Arora thinks nobody in these two cities must be sitting idle. He sees the scope of work improving in cities like Delhi and Bangalore.

People start in Delhi but end up moving to Mumbai because of the Bollywood aspirations and more scope of work available in Mumbai. Apo Calypso, Chrome Pictures and Rising Sun Films, are a few examples where the founders started in Delhi and eventually moved to Mumbai. Ogilvy’s Ajay Gahlaut, said, “It has taken a decade for Mumbai to become the centre of production. The barrier to creating an infrastructure is not low in Delhi. There is a film city in Noida but no big ticket advertising work happens from there.”

Mentioning that why he moved to Mumbai, Bhandari said, “It’s not just about having a production house in Delhi, it’s also about having the infrastructure to support the production houses. In Mumbai, even if there is any small production house, it knows that it can execute the job to the best of its capabilities because of the support system available. You can do one or two jobs in Delhi, but eventually, if you have to do a different kind of commercial, you will either have to call a team from Mumbai or have to come to Mumbai to shoot the ad.”

Arora thinks that Delhi is not doing badly in terms of production work happening in the capital city of India. He thinks that Delhi needs production houses that stand out in the crowd. “The problem for Delhi is that we haven’t found our own Verma (Prakash Verma of Nirvana Films). If you would have a Prakash Verma from Delhi, who would take the value of the higher, then that would be something else. Having five to seven mid-sized production houses doesn’t do much for the reputation of the industry in Delhi.”

Prathap Suthan, Managing Partner and Chief Creative Officer, Bang In The Middle, recollected that earlier one could fetch good production quality work from Delhi at a lesser price, but now the cost is more or less equal and economical.

Sharing an incident, Suthan said, “There was a film that I had to make for Haier in 2002. The cheapest quote that came from Mumbai was Rs 1.7 crore. The client’s marketing budget at that time was Rs 40 lakh for the film. Then a production house from Delhi came to the rescue and made the same film in Rs 35 lakh. At the end of the day, you need to have good directors.”

Malvika Mehra, Founder and Creative Director, Tomorrow Creative Lab, thinks that talking about Delhi ever becoming the production hub is like “Shifting the Bollywood base to Delhi.”

But she also mentions that “There are a lot of agencies and client based in Delhi and it probably makes sense for someone to start but I don’t think someone has given any thought to it.”

The one thing that bothers Singh is that even if they wish to shoot in Delhi, it involves a lot of cost in calling technicians and other related people from Delhi, which in turn increases the budget and people end up moving to Mumbai. He thinks that the production houses based in Delhi can do much better if the clients and agencies support them.

He said, “There are a lot of clients in Delhi and the agencies need to be more supportive. Agencies should support the talent here, which will help the industry grow. If the agencies work with more and more Delhi-based production houses, that can result in a lot of people from Mumbai migrating to Delhi. I can grow my office here if we get more work from the agencies here. If every time I have to go to Mumbai for a shoot, then I won’t be able to hire people here and make it bigger.”

Although, Bhandari said Delhi’s ad production work can only improve if the top production houses show some faith in setting up offices in Delhi. “This will give the confidence to the agencies that they are working with branded production houses and they will get as many professional people as in Mumbai.”

Tags: In-depth Why ad production houses shy away from Delhi
Advertisment
More from this section