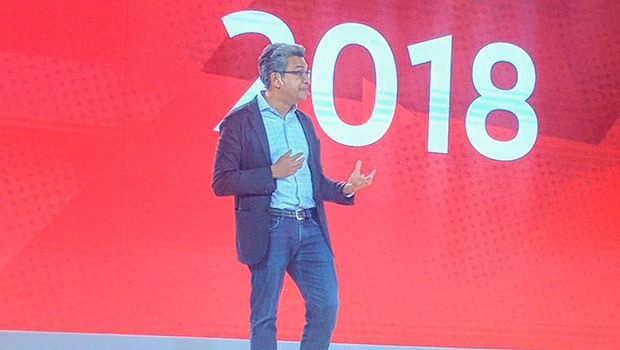 Google blocked 320,000 publishers from our display network, along with 90,000 websites and 700,000 mobile apps in last one year for violating company's content policies, Rajan Anandan, VP South East Asia and India.

The tech giant that serves as the largest marketing and advertising platform for brands in the digital world for long has been questioned for rising number of ad frauds and issues related to brand safety. Its video streaming platform YouTube has especially come under the scrutiny.

"We have taken a number of steps over the last one year to ensure that the videos on our platform are appropriate for our users and brands. By employing new machine learning systems and new controls for advertisers, we are now capturing over five times more videos than many brands may consider inappropriate," Anandan said.

"Despite a significant progress, we know that we need to do more. We will continue to monitor and adjust as new challenges arrive," he added.

Anandan was speaking at the annual event of the company, which was followed by the finale of the YouTube Fanfest in Mumbai. He also spoke about how the online video platform has grown in last 10 years, as it celebrates its 10th anniversary in India.

Less than 20% of India’s population is proficient in English. Close to 90% of the watch time was across native languages, not English language content. At the event, the brand custodians too shared their experiences of dealing with the video platform for their campaigns. Suparna Mitra, CMO, Titan Watches and Accessories; Sujit Ganguli or ICICI Bank and Shalini Raghavan, CMO, Loreal spoke about their campaigns.

Anandan said, “YouTube has become a powerful platform for users, content creators, and advertisers alike. Huge variety of premium content combined with the growing base and popularity of our creator community truly differentiates YouTube from all other platforms. For brands, YouTube is now an end-to-end platform and as per the December 2017 ComScore Video Metrix Multi-Platform, it reaches 85% of all highly engaged Internet users, in the 18 years and above age-group, across India.”

The creative content creators have created opportunities for brands across categories to tell their stories in many different ways. Brands have an opportunity now to drive results with direct response from customers too through YouTube for performance.

Citing examples of Livon and Uber, Anandan said, “Some of most successful campaigns globally have come from Indian brands. Marico’s brand Livon embraced YouTube and got 18% lift in offtakes and 65% lift in modern trade and e-commerce. Uber used Director Mix for their recent campaign, focusing on building Uber as a habit for Indian consumers and increase the number of rides. 65% more first rides, at 18% lower costs, delivering superior performance than any other platforms used by Uber in India.”

Celebrating the milestone, YouTube shared insights on its incredible journey in India, highlighting how deeply interlinked YouTube is to India’s Internet growth story.

Underlining YouTube’s on-going commitment to India, Robert Kyncl, Chief Business Officer, YouTube, added, “In the last few years, India has emerged as an incredibly dynamic content and user market for YouTube. We now have more than 300 channels with over a million subscribers, from just 16 channels in 2014, adding almost two every week. These channel creators come from all across the country, across languages. 60% of our watch-time is coming from outside the six largest metros. We will continue to invest in programmes to support creators and encourage more diversity and distribution of their content. And we’re doubling down on our efforts both on product and advertising to unlock the potential of online video advertising for everyone.”

Kyncl added, “Daily active users have doubled in last four months, which is incredible growth. In fact last year’s trailer for Kabali got 35 million views, against the official trailer for Star Wars that garnered 24 million views. The Kabali trailer was in Tamil, which only 70 million people speak. There are many creators whose careers were born on YouTube. Like Bhuvan Bam (BB Ki Vines) who joined YouTube three years ago, uploading short videos and songs from his Nexus phone. Today, he has 6.6 million subscribers and is consistently one of the top content creators in the country.”

The study also revealed that subscribers are twice as likely to pay attention to a YouTube ad, compared to any other video platform, including TV. “Recently we announced that YouTube campaigns can be targeted using signals across the multiple Google properties like maps, Google Play and search. So we can use powerful machine-learning technologies target consumers of their intent and what they want. Be it bumper ads or Trueview for action or offline to online – that allows you to track the impact of your campaigns in your physical stores – or our latest innovative tools like Director Mix and Video Ads Sequencing, we are constantly adding newer ways for marketers to get more from YouTube,” added Kyncl.

Talking about the powerful impact of video and YouTube in shaping culture, and shifting mindset, Sapna Chadha, Director Marketing, South East Asia and India, Google, said, “The reason behind YouTube’s influence in shaping culture comes back to its engaged audience. In India, YouTube is seeing incredible growth across all age groups. Even among the 55+ audience, our reach stands at over 80%. From millennials to parents to working professionals, they all go to YouTube with a strong intent to learn and explore something new. It represents an incredible opportunity for brands to use that Intent to connect with their audience in a meaningful way and drive significant business results.”

A total of 3,230 respondents across leading video platforms were interviewed using online panel approach. The research covered the following consumer segments in eight cities in India.