Four-week rolling viewership data for news channels: An idea whose time has come?

The weekly viewership data by BARC is not only leading to daily fights for the leadership position among news channels but is also trivialising content, other than not allowing ad rates to grow. BestMediaInfo.com analysis whether a four-week rolling average data will help the industry grow in terms of viewership, ad rates and quality of editorial content 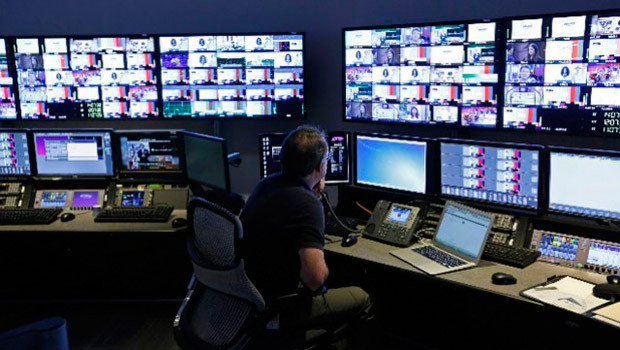 As the battle to attract a larger TRP share gets more intense among news channels, the clamour for the average of four-week rolling viewership data for the news category, instead of weekly data, is growing strong within the industry.

An influential section within the news broadcast industry is of the view that the daily battle for eyeballs among news channels is leading to trivialisation of content, a glimpse of which was seen during the coverage of film star Sridevi's death.

The four-week rolling viewership data will help in getting a better analysis of viewership trends and could help news channels get better ad rates, experts claimed.

On the challenges in implementation of the four-week rolling average, Partho Dasgupta, CEO, BARC India, said, “The data we publish can be seen at a minute, daily, weekly or monthly level. Users get to choose how they view and use data. We have proposed a four-week rolling average approach to them. However the Industry has to build consensus on this approach. We think it will be more relevant to go this way for this genre.”

"It will help news channels to standardise and stabilise their content and would stop them from the cheap thrills of weekly viewership numbers that often lead to deterioration of content in both the Hindi and English news categories," a top industry leader said.

The English broadcasters, especially in the news genre, for long have been crying foul over the credibility of the BARC weekly data as everyone claims to be in the battle for the top channel’s slot. BARC India has been receiving an average of five to seven complaints in a day.

"The weekly numbers don't give a clear picture and are likely to have certain errors, especially for the English genre, as the sample in the defined viewership categories is too small and going into micro details and finer cuts serve no purpose," another industry expert said. MK Anand, MD and CEO, Times Network, agreed to the benefits of moving to a longer period data. He said, “Technically, four-week rolling average is much more robust than weekly data. But I think it should be done for all genres and not only news channels."

Seconding this thought, Dasgupta explained, “This is all the more true for smaller viewership genres like news. However, as a measurement company we conduct pan-industry discussions to arrive the standards.”

Advocating uniformity in the measurement pattern and the period taken for viewership, Anand added, “The real pitfall in changing it for one category is that it will eventually get classified as a different category of the medium itself. It might not get on a par with the others who are getting into the weekly or daily format. The planning is also done together. The news genre is also planned alongside other TV genres, and not alongside print or digital. Why should it get lesser prominent shelf-space when a buyer arrives at the television?”

It is known to everybody that the margins on the media businesses are decreasing as we speak. To top it, if the fluctuations become too frequent, the needle will move too much. Anand also pointed out that singling out any genre can have business repercussions, since the planners and advertisers will then have to look at that genre through a different lens.

He explained, “Doing it only for news and English means that it will increase data consistency, yes, but while doing that, it works directly against the business interest. Ultimately, we all do data for business. If there is a downward swing in offtake (because of the traffic reduction since you are not at the centre of the planning supermarket due to a different planning module), it will jeopardise the business. So my recommendation would be to always follow uniform process for all genres – be it weekly, four-week rolling, monthly or whatever.”

He added, “The gold standard in ratings globally will be daily/ overnight ratings. They are built to help advertisers and partner agencies drive greater return on investment (RoI) for advertiser’s investment. In that context, why would we want to take a regressive step of getting into the four-week rolling average data.”

Mentioning the efforts that go into putting out the product on a TV news channel, he explained, “Our content and distribution teams work hard and measure themselves on their efforts on their weekly performance so that they can constantly improve our product. Going from weekly to four-week rolling average is taking many steps back. We should be more forward looking in our approach. As content creators embrace digital, we have to prepare for real-time analytics and this entire discussion seems hollow.”

The third set of view is about testing the numbers before rolling them out across the genre. Varun Kohli, CEO, NewsX, said, “Any new set of data is like testing new waters. But nothing is guaranteed. Whether the four-week rolling average has better numbers or not, only time will tell. Unless and until the data starts rolling out, we will never know.”

Ultimately, why is this not getting implemented and who exactly is benefiting the most from the weekly viewership? Dasgupta said, “We are only a messenger. We just produce the ‘what’. Who benefits and who doesn’t is not for us to comment. The ‘why’ needs to be decoded by the users to derive mileage out of the data. Those who do that in a more scientific and robust manner would benefit more.”