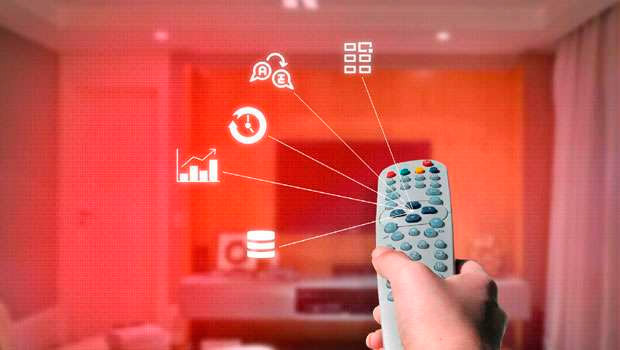 Dish TV has announced that it will deploy return path data (RPD) technology in some of its three million hybrid set-top-boxes and soon start generating viewership trends for its own usage. The content distribution platform is also contemplating the commercial use of the data which could be sold to brands to assess their effectiveness of advertisements.

Also read: BARC India gets Airtel Digital TV on board for Return-Path-Data

Speaking about the objective, Jawahar Goel, Chairman and Managing Director, Dish TV, said, “We are looking at helping the marketing pundits to understand whether the customer watched their ads or not and whether the sales increased in that market or not? It will also be used by us to understand which channels are in demand in which regional pockets. We will, then, be able to package and price the channels accordingly. We can negotiate the deal with the content provider on the basis of this and instead of giving them a price for pan India and we can have region-specific packages.”

Tata Sky already has its own RPD set-up, which is outsourced to a third party, but the DTH player uses the data for itself.

BARC India, the industry body for the current viewership measurement currency, has already absorbed the return path data technology in their operations and has tied up with Den Networks for it. The agency is in talks with many other distribution platform owners, including Dish TV, to partner with them for the RPD data so that it can scale up the sample base quickly and more efficiently.

The company says it doesn't want to come up as a likely challenger to BARC. But then the timing of the announcement when BARC India is already in process of finalising deals with various platforms, including Dish TV, has raised questions.

Sources in Telecom Regulatory Authority of India (TRAI) told BestMediaInfo.com that the authority has now started mulling over mandating RPD. So, was the announcement to show the preparedness of the platform?

How reliable would that data be for brands when the platform owner also owns a number of channels across categories? Won't it be conflict of interest?

It is not that Dish TV has started seeding these hybrid STBs now, it has been doing so for some time now. Sources close to the company also suggest that BARC India is in talks with Dish TV for past one year to strike a partnership for RPD. However, when asked, Goel said, “We don’t have any agreement with BARC as of now.”

So, was the announcement aimed at striking a deal with BARC India on Dish TV’s terms?

Imagine if others, including Tata Sky, were also to come up with their own viewership currency. Wouldn't it deteriorate the existing universally accepted market currency? Shouldn't it make more sense for all the content platforms to strengthen the existing system?

If all platforms try to provide data separately, the scenario will be similar to what happened to the five blind men and an elephant in the room. Some will be able to touch the rope, someone else will be able to measure the trunk and so on, based on which platform is stronger in which region of the country. But the whole elephant in the room will only be seen when all the RPD data is infused into a single system and that system can be BARC India.

Asked if it will be a conflict of interest if a distributor starts measuring viewership, Goel said, “Sponsors of the BARC data are the broadcasters or the ad agencies. There is no conflict with us, since we will not be providing this data to either the broadcaster or the agency. It will be for the brands and advertisers. Conflict of interest arises when we release programme data, which we will not. Also, BARC is measuring only 200 channels, while I am carrying 500 channels. Not all broadcasters can afford BARC subscriptions. It is not giving full service to me. Hence, I needed a more holistic data.”

He said, “If I am doing a research, nobody can stop me. If someone likes my results, they will take it, else, they will not.”

So, will it also be a revenue generating stream for the company? “This will have a two-pronged aim – to generate revenue and save costs by offering proper packages to consumers and broadcasters,” said Goel.