This Valentine’s Day, brands take a different route to advertising

While some brands speak of love of a different kind, others have brought innovations that are literally heart-popping. Here is a look at all of them 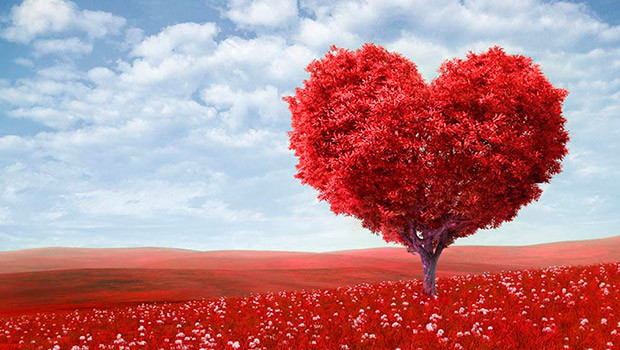 It is that time of the year again when shop windows are dressed in red, heart-shaped balloons can been seen floating everywhere and social media platforms are either full of happy couples or singles who can’t care too much about any of it (or do they?). Valentine’s Day is upon us and brands this year have come up with innovative ideas and campaigns to woo the love birds. While some speak of love of a different kind, others have innovations that are literally heart-popping.

Here is a look at what brands have been up to this Valentine’s Day.

Tanishq has championed the knack of bringing insightful, heart-warming communication and they don’t disappoint this time either.

The ad film, conceptualised by Lowe Lintas, brings on camera real people who had a relationship in the past to talk about their belief in love. The film explores the concept ‘what remains’. In a series of candid conversations, corporate executives, artists and actors like Sandhya Mridul and Manav Kaul look back at the past, cherished relationships, the follow outs that came later and how despite everything, they still believe in love.

Oppo decided to beat others in the race by coming up with a V-day campaign much in advance. The 12.49-minute film ditches the usual couple-in-love troupe to raise their voice for a little self-love.

Featuring Sidharth Malhotra and Kriti Karbanda, the ad film is the story about a girl who gets her heart broken on Valentine’s Day and then embarks on a journey of self-realisation and self-love with her trusted phone by her side, complete with a sweet twist in the end.

Cadbury has come up with a heart-popping innovation this Valentine’s Day for its popular Silk chocolate brand. The confectionery brand has introduced a chocolate bar with a chocolate heart that pops out of the bar. Mondelez India has rolled out a new thematic TVC that challenges the stereotype of the guy always trying to woo the girl.

The film is about two friends, a boy and a girl, at their college hangout. The boy has a bar of the new Cadbury Dairy Milk Silk Heart Pop with him in his bag, but is hesitating to pop the question with it. Every time he goes to pick up the bar from the bag, the girl looks in his direction and he loses courage. Eventually the girl notices the bar in his bag while he's looking away. She picks it up and decides to take the lead. She now proposes to the boy by popping the heart out. To her surprise, the boy gives a ‘oh my god’ expression, which one usually expects from the girl when proposed.

Hotstar has come up with a Valentine’s Day campaign called #YourKindaLove which talks about the different kinds of love and uses them as the perfect metaphors for Hotstar and its services. There is a ‘new beginnings love’, a ‘season 2 love’, a ‘you might also like love’ among others. These examples, while true for the modern dating life, also lines up perfectly with the range and variety of content and services that Hotstar provides.

Taking an unconventional look at outdoor adventures, while also staying true to their brand proposition, is Roadster. Created by Brave New World in association with Isobar, the ad film is a cheeky take on Valentine’s Day.

The ad film is just a montage of the now famous ‘dancing cars’ in different settings, which is presented as an ode to the original outdoor adventure.

To celebrate the season of love, Vivo has launched a limited edition V7+ phones designed by Manish Malhotra.

Working on the insight that men often struggle to find a perfect gift for their lady love, every year on Valentine's Day, Mullen Lintas has created the new film, delivering on the brand’s thought of exhibiting the limited edition as the most desired gift, one can give to their valentine to express their profound love. The “Infinite Love” motif at the back of the phone adds uniqueness and exclusivity to the product.

This Valentine’s Day, BankBazaar has taken it upon themselves to help two long distance lovers meet each other.

BankBazaar is playing cupid by bringing a long-distance couple together! Shortlisted through a contest asking couples to share their love story, the couple with the most heart-warming story was chosen to participate in the campaign. With 1,955 kms of separation between a boy, Gourab, living in Pune and a girl, Poulomi, living in Kolkata, BankBazaar hopes to share their story 1,955 times on Facebook and fly one of them down to spend this day of love with their love.

Swiggy is here to help you find your food valentine. Dubbed ‘Valendine’, an algorithm, it helps match Swiggy users who have similar favourite foods, order times and special requests. This completely opt-in microsite that will be available for users between February 11 and 12, aims to help people bond over their mutual love for food. The proverbial icing on the cake? If someone is able to find their gastronomical other half in time for Valentine’s Day, they may even win an exclusive Swiggy voucher. The campaign has been conceptualised by Dentsu Webchutney.

Inspired by the widely famous Imperial Blue ‘Men will be men’ campaign, Truebil has come up with a campaign called #MenWillBeMenAgain.

The digital campaign, conceptualised and created by its in-house creative team, is a series of two films each highlighting how a man would go the distance to impress a woman, but would never do this at the risk of getting his car damaged. Both the films have a humorously abrupt ending. While the men are smitten by women throughout the film, they suddenly change their minds after assuming that the ladies might damage their cars. The narratives perfectly highlight how a car is truly a man’s first love and they will go to any lengths to protect them.

Indians are not a fan of public display of affection and Valentine's Day has always been on the radar of the moral police. This Valentine's Day, MTV India brings its take on the issue and urges everyone to give #GiveLoveSomeSpace.

The slice of life campaign showcases couples getting intimate in places rather unimaginable like gunny sacks, swimming pool and the clichéd good ol’ all–mighty tree, playing the ideal Bollywood wingman since forever and in the process gives us some food for thought.

Syska LED:
Created by IBD, the digital campaign for Syska LED, is a heartwarming ad film that talks about the light of love.
The film is the story of two old friends, who meet everyday in the evening to play a game of chess in a park. But due to the faulty streetlamps, the two are not able to enjoy their game. This when, a young man, who often sees them playing, decides to take matters into his own hands and lights up the park with Syska LED lights, thus spreading the #LightOfLove.