Brandstand: Nirav Modi and the world of Stiletto Brands

One must take decisive steps to ensure your precious trademark, the joy of millions, does not become yet another Stiletto brand, dangerously poised to topple at any point of time. The winning formula lies quite in the power of high-quality management; rooted in integrity, powered by vision and implemented by rigorous intent 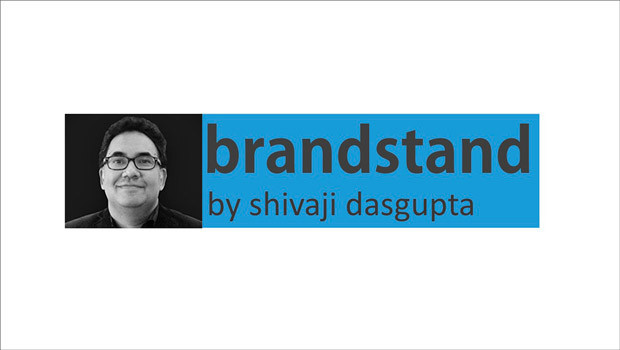 Whether the sensational scandal involving Nirav Modi will actually lead to a downfall in business is still debatable but the cloud of uncertainty is certainly present. He thus joins the ever-growing band of Stiletto Brands, whose stature rests on an attractive but slender foundation, prone to toppling whenever the surface gets tricky as the base is not adequately cemented. It is fairly common at the current time where reputation is a function of short-term demonstrative glory and not the outcome of decades of consistency and proven integrity.

So, what are the definite parameters of a firm foundation that will ensure that brands do not succumb to the slipping pattern? Foremost must be the antecedents of the promoters in terms of corporate governance and thus integrity, proven by a set of discerning and thus difficult pieces of evidence. A time-tested history of conformance to law and ethics, the academic and professional track records, the adherence to quality in the brand-building process and certainly relationship management with stakeholders, including employees and trade. The last, an under-rated but valuable marker for the quality of the promoting entity, as this may be considered unconnected to the transaction necessities. Equally critical is the succession planning scenario, the latest bewildering example being Ikea which must be discussed at further length.

When Ingvar Kamprad passed away at the ripe age of 91, the business press was agog with speculation that the lack of clarity regarding the next steps could endanger the organisation. The sons, in their forties, were involved solidly in operations but in a largely incognito stature, employees not aware of their role or worth. Neither was there an attempt to settle a professional successor, the fallacy of immortality guiding this illustrious founder like many of his peers. So today, if the organisation faces a crisis in leadership, then identity and subsequently profitability, then there will be nobody to blame except the genius himself, unhappily extending the do-it-yourself legacy to the boardroom. Ikea can quite easily become a Stiletto Brand, the infirmity of foundation a function of a lack of vision or clear purpose, fairly unusual for organisations of that vintage.

Yet another category of organisation that qualifies in this category is the technologically obsolete, perhaps not immediately but in the immediate future, a function clearly of unsure visioning. Nokia was the darling of the bourses and communicators alike, with a fairly secure future, when its inability to anticipate the Smart Future rendered its position unsustainable. In fact, the mobile phone industry is a fine specimen of this occurrence, three successive failed quarters (neither years nor decades) potentially leading to the demise of an entire organisation, like Micromax reportedly at the present time. The Marketing Myopia category at large, as defined astutely by Levitt, has many such candidates, including Kodak, HMV, Remington and so many more. As technology and its subsequent impact on consumer preferences become increasingly omnipotent, many more will emerge from the same cauldron, reckless new ideas breaking the backbone of the valuably old.

However, it is in the arena of the attractively new, that the syndrome of Stiletto Brands is most likely to occur. Entry barriers to almost every industry, the exceptions possibly being Pharma and the very high-tech, have dissolved rapidly and all it now takes is the assurance of financial backing and an articulate founder to set up a new brand, or indeed category. This can well be in the arena of Tech Services or bio-tech innovations, as long as there is a business plan and a reasonable funnel of consumption, backed certainly by a sufficiently differentiated business idea. While all seem most attractive, most suffer invariably from a lack of long-term parental commitment, most inclined to sell the child to inclined bidders in early infancy. This leads to a bias for short-term high-impact actions, primarily designed at rapid value-creation, aimed at attracting immediate custom as opposed to building sustainable systems for a glorious future.

Finally, the most potent member of the Stiletto Branding tribe is surely Nirav Modi and his unenviable ilk of unscrupulous boards out to take advantage of systemic loopholes. There are many like him who we are very familiar with, with a disdain for integrity capable of demolishing even the finest equity of home-grown brands, nurtured through decades. In a single disreputable action, the worth of such brands may diminish with scant regard for successful past patronage, such be the power of the negative in over-ruling long-standing positives. The customer actually suffers, especially those of past buying vintage and so does a large community of stakeholders; including employees, trade and society at large. Surveillance systems must surpass the ambitions of swindlers so that brands are sufficiently protected.

There are decisive steps which you must take to ensure that your precious trademark, the joy of millions, does not become yet another Stiletto brand, dangerously poised to topple at any point of time. While one can easily complicate, the winning formula lies quite simply in the power of high-quality management; rooted in integrity, powered by vision and implemented by rigorous intent.