Star India’s sponsorship rates are two to three times more than Sony Pictures Network, which is said to have pocketed Rs 1,300 crore from IPL 2017. Star India can expect to earn not more than Rs 1,500-1,600 crore from the 2018 edition 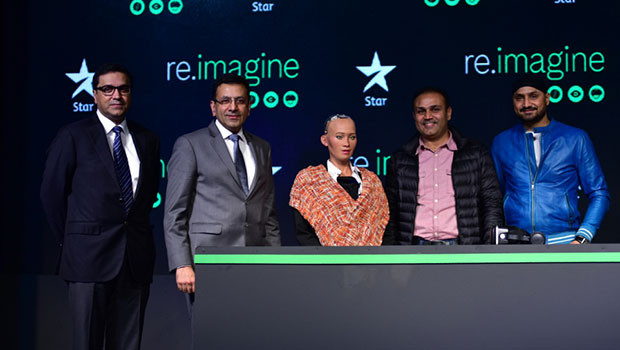 Having already spent almost four times more monies on buying IPL’s broadcast and digital rights, Star India is stretching the two-month property to become a six-month ‘fiesta’ that started off with the retention event held on January 4. The whole affair will end with the end of the tournament. In earlier seasons of IPL, Sony Pictures Network channels used to build the tournament from auctions, making the tournament a four to five months extravaganza though it never positioned IPL as a longer duration event.

Star India has been trying to promote its own ‘re-imagination’ of the tournament to get most out of it. If the industry sources are to be believed, the broadcaster is quoting sponsorship rates as high as two to three times of what SPN India had earned in the last season of IPL 2017, totalling a revenue of Rs 1,300 crore that the tourney collected for Sony. However, the industry observers feel that Star India, after using all its power, would not be able to fetch over Rs 1,500-1,600 crore from the 2018 edition.

In a press event held in Gurgaon on Wednesday, Sanjay Gupta, Managing Director, Star India, was quoted saying that the broadcaster is not looking at making money at this stage of the tournament. Star India has won the rights for a period of five years, starting with the 2018 edition of the game.

In terms of offering the event to its viewers, Star India is going full throttle, doing everything possible in the Indian context, right from language feeds to virtual reality. While Star India had the digital rights for the tournament earlier too, this is the first time that the matches will be available with VR on Hotstar. Along with that, the OTT platform will also host a lot of unseen footage like the green room interactions, the net practice and even parties/ celebrations.

Telecasting IPL in six languages is another ambitious project by Star India through which the broadcaster is trying to reach out to the innermost pockets of the country. While the broadcaster is aiming to generate additional revenues from its language play by tapping smaller advertisers, BestMediaInfo.com has learnt from sources that the language channels are being bundled as one entity for the sponsorship deals.

Then the broadcaster is giving IPL fans a chance to vote for their favourite players for the auctions at vivoiplelection.hotstar.com with ‘Election se Selection’ campaign on the network.

Moreover, viewers will also be able to select camera angles and commentary language of their choice, offering further customisation through the “Super-fan feed”. In addition, fans will be able to enjoy a social experience on Hotstar with cricket emojis to enhance the viewing and sharing experience. In order to make the tournament more engaging, the broadcaster is extending the programming, showcasing behind-the-scenes including the inside scoops, strategies of the teams, net practices and much more.

By this re-imagine proposition, Star India is trying to make the tournament far bigger for the advertisers, showcasing the advantage of interplay of TV and digital in brand building. To celebrate creative excellence and the use of multi-media, Star India announced the Star Reimagine creative award – a recognition of the top two advertisers in IPL.

Gupta said, “We are set to use the confluence of technology, consumer insight and experience in cricket coverage, to broaden the outreach and experience even further. The Vivo IPL 2018 will be a six-month-long fiesta with new-age technology putting fans at the heart of the experience. We are confident that the Vivo IPL 2018, as re-imagined by Star India, will empower viewers, advertisers and the media and entertainment eco system of India with greater convenience and viewing pleasure, audience deliveries and all-round growth.”

Rahul Johri, CEO, BCCI, said, “In Star India, we have a partner that not only believes in the immense potential of the IPL, but also believes in pushing the boundaries of sports broadcasting, which gives it the power and ability to take the IPL to even greater heights. With even richer content across a six-month entertainment calendar, we are happy it will delight a much larger number of cricket lovers across the length and breadth of India.”