The Chairman and Editor-in-Chief of India Today Group says that the phenomenal growth in magazine readership in IRS 2017 indicates that a substantial share of advertiser expenditure will now come to magazines. Advertisers can now invest their marketing budgets in magazines without having to worry about the ROI, he told BestMediaInfo.com in an interview 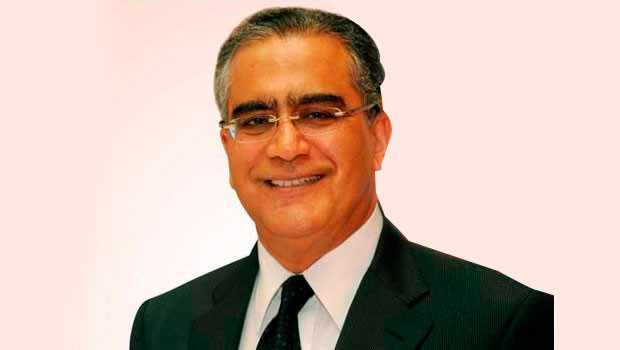 At a time when naysayers were predicting the death of magazines and advertisers were gradually moving their budgets to other platforms, IRS 2017 has come as a boon for the category. In both total readership and Average Issue Readership terms, magazines have witnessed phenomenal growth.

Aroon Purie, Chairman and Editor-in-Chief, India Today Group, the publisher of the country's top magazines, says that the information overload in the digital era is leaving the reader confused and magazines such as India Today are providing clarity with credibility.

Among Hindi magazines, India Today Hindi is the leader by far in terms of total readership with 71,59,000 readers while AIR numbers have put India Today at No. 3 behind Samanya Gyan Darpan and Pratiyogita Darpan.

Business Today, the English business weekly from India Today Group, is also leading category with a total readership of 13,15,000 while Readers Digest has a TR of 13,54,000.

Speaking on the overwhelming readership numbers of India Today group magazines, Purie said that the recent brand revamp of both India Today and Business Today has helped the group re-connect with readers. India Today was repositioned as a magazine for the thinking Indian whereas Business Today was given a new tagline 'Rebraining'.

"Growth in readership shows there is still a considerable amount of readers who value credible content, which magazines surely are," he added.

Commenting on the heating total readership versus the average readership debate, Purie said, "The parameters for both AIR and TR are different so there is no confusion."

Both India Today (English) and Business Today magazines have emerged as leaders by far in terms of readership in their respective categories. What is the reason for this stellar growth?

We re-imagined the flagship India Today magazine to serve the ‘Thinking Indian’ like none other. There was a space for the magazine to de-clutter the news and provide the clarity and understanding of events which affect every facet of a reader’s life. At a time where consumers feel like they are living in a post-truth society and the information overload is leaving them confused, India Today provides clarity with credibility. The growth according to me can be attributed to 1) Being an alternative to the noise 2) Being clear in what we’re saying and 3) Always striving to give more power to the reader.

As for Business Today, the magazine has made its mark by ‘Rebraining’ as their new tagline says.   The magazine has led the change in a business era where disruption is the new normal. They not only captured the fast-changing business environment, but also instilled the need to dramatically change.

Both these brand revamps tremendously helped us in re-connecting with our readers and potential readers that resulted in convincing growth.

While TR has placed India Today Hindi at the top with a huge margin, AIR has given Samanya Gyan Darpan and Pratiyogita Darpan an equally upper hand. Aren’t two metrics increasing confusion?

Both Pratyogita Darpan and India Today Hindi were among the top Hindi magazines in the last IRS 2014 as well. This year's Total Readership has shown India Today Hindi emerging as the new no.1 in Hindi, which is a very encouraging fact. The magazine has a sharp objective to serve the Hindi heartland’s Thinking Indian. This makes the leadership a little more permanent given that the consumer relationship is not transactional but rather transformational. The parameters for both AIR and TR are different so there is no confusion.

There is a certain rejig in the magazines (especially Hindi) rankings. Grihshobha is out from the list of top 10 while Champak has climbed up. Do you see a set pattern in the growth of magazines or is it arbitrary?

There is definitely an increase in consumption of kids’ content across media. This seems like an opportunity for any good media brand. I don’t have first-hand knowledge of the individual titles referred, but intuitively for a kid’s brand to do well seems right.

For sometime now, industry watchers have been saying that magazines won't survive for too long. However, IRS 2017 says magazines have grown by 75% in total readership. In fact in AIR terms, magazines have registered growth up to more than 200%. Do you think magazines have a bright future ahead?

Growth in readership shows there is still a considerable amount of readers who value credible content, which magazines surely are.

Will this IRS change the perception of advertisers who moved their budgets to other platforms on the basis of gut feel?

The research has shown India Today Magazines readership growing by leaps and bounds. Backed by scientific numbers from IRS 2017, media planners and advertisers can now invest their marketing budgets in magazines without having to worry about the ROI. Leader brands like India Today English, India Today Hindi, Business Today and Readers Digest all of which feature in the top slots should definitely turn the tide in their favour now. India Today readership exceeds all business papers and almost all English dailies. With such significant reach, and significantly efficient rates, India Today offers the best ROI for any advertiser, and continues to be a reach medium (and not just a frequency medium). The growth in magazines indicates that a substantial share of advertising expenditure will now be directed towards magazines like India Today. Advertisers surely would want to leverage on the assured readership that our magazine guarantees.

Given the changing consumption habits of readers who do not necessarily pick up the newspaper every day, is the AIR captured on the basis of yesterday’s recall relevant anymore?

More indicators are always better as they give a more complete picture while AIR stays relevant.

Do you support AIR on the basis of ‘Up to 3 days’ recall? If yes, can we see a consensus among stakeholders to adopt this by the time next IRS is released?

This answer is best suited to be answered by the IRS team on the basis of the technical arguments attached with the parameter. One has to evaluate the pros and cons before arriving on any consensus.

The ultimate trading will happen on AIR, as everybody agrees. Then, wouldn’t it have been better if the IRS committee at MRUC focused on making AIR more robust, rather than introducing/ re-introducing TR?

Both parameters are different and important.