Is BARC data tamper proof or are channels easily rigging it by infiltrating panels and paying metred houses to watch their channels. Is the industry spending adex worth Rs 24,000 crore every year based on authentic data? BestMediaInfo explores 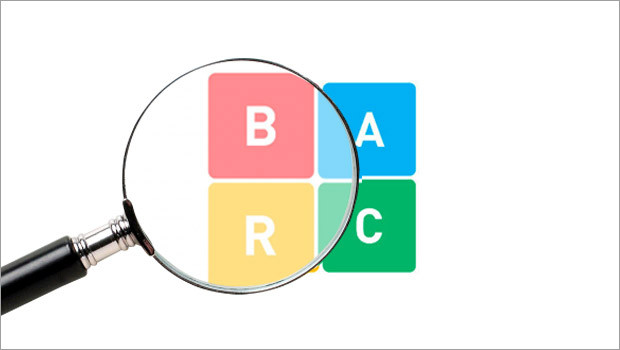 There have been many debates by industry players on the accuracy of BARC data, as to whether the measurement system is tamper proof. Various broadcasters in the past have cried foul over the authenticity of data and have alleged panel infiltration attempts by their rivals.

BARC too has identified several panel infiltration attempts and even pulled up broadcasters by suspending their viewership data temporarily. Every month, on an average, three to four channels are probed by BARC for the malpractice.

In fact, we got to know recently through a trusted industry source that BARC India issued a show cause notice against a news channel owned by a big media house.

Channels and fixers approach BARC India’s panel homes, and pay them to watch certain channels to drive up their viewership.

The importance of BARC data can be measured from the fact that around Rs 24,000 crore of advertising expenditure on TV is spent as per its viewership numbers.

"It is evident that viewership malpractices are reported regularly. It is indeed a high-stakes responsibility, knowing that the data BARC India publishes impacts thousands of crores of advertising spends, and thousands of jobs in the broadcast sector. We have experts on our committee from the field of law enforcement and viewership measurement as well as industry representatives. Thus if any complaint is brought before us, we give a fair opportunity to the party complained against to put its point of view and then take appropriate steps," said Justice Mukul Mudgal, the Chairman of BARC India's disciplinary committee and former Chief Justice of Punjab and Haryana High Court. The Disciplinary Committee is an independent body of experts that BARC India set up to address concerns related to panel tampering and recommend penalties.

BestMediaInfo finds out the possible lacuna in the BARC system and what the agency is doing to make the system foolproof.

The smaller the size of the panel, the easier it is to know the whereabouts of these homes and the deviation in the data increases by each home. In fact, this was one of the critical issues flagged by the government in its guidelines. BARC India’s response has been to significantly increase the number of its meters (currently 30,000 homes and poised to scale up to 40,000 this year).

Industry believes the system will become even more robust once the return-path-data (RPD) initiative is implemented, which will boost the number of sample houses from the current 30,000 to lakhs. But for now, the industry has to rely on data collected from the current sample size.

However, and ironically, it is the meter installed at its panel homes that often becomes the starting point for infiltration. Fixers are always on the lookout for information of homes with meters. These homes are then approached and attempts are made to bribe them.

This activity looks difficult to prevent or to fully eradicate. The meter is an essential hardware in measurement systems across the world. It is visible and therefore that opening will always remain. So we looked at the other end of the pipe to see if there was some kind of filter that can screen out such viewership data.

Filtering out faulty or suspicious data

BARC India on its website has outlined the process of filtering out faulty or suspicious data that states, “Validation of viewership data is a daily process performed at two levels – validation rules that validate the data for identification of statistical outliers and set of more stringent rules that are applied to channels that have been confirmed as having attempted tampering of panel households following a rigorous process of vigilance investigations and raw data analysis by data scientists. The validation rules and the outlier process is fully automated aided by machine learning which keeps improving with large series of data. Those households and individuals that fail validation rules are identified as outliers and removed from the reporting data of the day.”

Since human interface has proved to be highly unreliable and is bound to take sides, the agency is depending more on technology to mark discrepancies. In our earlier interactions, the ratings body had told us that about 75 per cent of its investment has been on technology.

An expert who claims to have watched the system closely said, “Any panel viewership behaviour that is seen as ‘abnormal’ or at variance with recorded trends is red-flagged as ‘Outlier’ and immediately quarantined (taken out of that week’s reported data). Quarantined data never gets reported unless a valid reason explains that abnormal viewership behaviour. Hence, the data remains clean largely on the back of its real-time outlier detection and quarantine process, as the system is built on sophisticated software algorithms.”

Here is how it works: say there is a person who is part of the BARC India sample, who is largely a news and movies viewer. If the system records him watching a huge amount of GEC content, it will tag him as an outlier and exclude his viewership.

Secondary checks may reveal he watched a film awards show on a GEC, which would be in line with his viewership behaviour, and then the data would be included. Else it will be taken out of the data set.

Another example can be that if a family is generally only watching sports, news and kids channels, and there is a sudden spurt in viewership of GECs with some guests staying over for a certain significant period. Since this is not because of any programming, the system fails to find a satisfactory answer. To deal with such situation, the agency deploys human intervention in the form of a callcentre, who calls the panel home to check about this.

For such a scenario, the bar-o-meter that is run by a remote that has buttons for all the residents, also has a button for ‘guest’, which needs to be activated. In such a scenario, the viewing that is attributed to the guest is excluded from the reported data, as the ‘guests’ are not part of the BARC India sample to begin with, and their demographic profile is not mapped into the system.

When a sample home continues to exhibit outlier behaviour, it is an indication it may have been infiltrated. If backed by on-ground checks, that home is removed from the sample, and the meter is shifted to another home.

To approve of removal of a home from the panel, BARC India relies on a vigilance team backed by investigative agencies to run these on-ground checks. It is almost like an undercover operation – people visit suspected tampering hotspots and homes flagged by its systems, and run background checks to understand what is actually happening there. The investigators also collect material evidence where it finds homes have been tampered/ infiltrated.

However, it was found that the human element remains a weak link. No matter how sophisticated or alert is the software, people remain potentially open to corruption. A person who installs meters is potentially a person who can leak that information. The added challenge here is that panel infiltration is a legacy issue with deep roots.

BestMediaInfo has gathered that BARC runs background checks on people before it engages them in panel recruitment activities. It has also moved from a single vendor model, and enlisted four different entities. In some markets, BARC has fully replaced its existing vendor with new ones. To further plug any leakage in field operations, the agency frequently shuffles teams/ people employed by its vendors. In fact, some people employed by vendors were indeed found to have been involved in leakage of information, who were immediately removed.

Currently there is no law that deals with this fraudulent activity. As a result, even police are often reluctant to register complaints related to panel tampering.

Also, panel infiltration is more rampant in some states/markets than others. People familiar with the process told that BARC has changed its full sample in such states. The redundant Outlier cases are put up to the Disciplinary Committee, which reviews each case in detail, looks at the evidence, and recommends appropriate action after giving channels an opportunity to present their case. Based on the committee’s recommendations, action has been taken against several channels. So far these have been at the level of what BARC India on its website calls ‘Level 1 Action’.

Whatever the level of action could be, there seems to be little way out of this menace unless the stakeholders try to maintain the sanctity of the system. Can BARC India answer what would it do if defaulters blame their malpractices on rival channels? Wouldn’t it take months and years to prove all the charges in court?

Starting from problems being faced in lodging complaints with police to proving charges in courts, it is never easy for an industry body in absence of any government regulation on panel tempering. Industry leaders believe a lot more can be done to make viewership data more transparent and not everything lies at the hands of the measurement body.

"Government and TRAI need to look at the regulatory environment, and modify it in a way that disincentivises such unfair activities with punitive provisions for defaulters. Industry too must bear the responsibility of ensuring a clean environment which encourages innovation and creativity, and not backdoor means to boost ratings," a leading broadcaster said.