Is TR a tool to just start the series of announcements on a positive note? Is it to ensure that the conflicts don’t throw up right at the start and that MRUC and RSCI actually wanted to keep everyone happy? 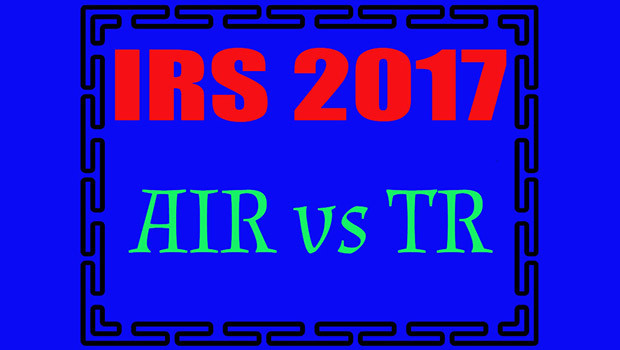 The IRS 2017 was one of the most anticipated set of data in the media and entertainment industry. This edition of the readership data has had much newness to it in terms of the expanded sample, the new methodology, how data was collected and in terms of the metrics.

IRS 2017 has brought total readership (TR) back to go along with the existing one – average issue readership (AIR).

Announcing the new report on Thursday, the committee chiefs constantly kept talking about the new metric, total readership (TR), which captures data over a period of one month. The basic difference between AIR and TR is that with AIR, the interviewee from the sample is asked which newspaper he/she read the previous day. TR is calculated on the question:which newspaper he/she read in the last one month. It is just broad-basing the datapoint. The other two metrics were last three days and last seven days.

Why would the committee have felt the need for this?

Addressing the audience at the launch event, Radhesh Uchil, CEO, MRUC, said, “As we were doing validation and getting a sense of the data that was coming up, we felt that in today’s scenario, the average issue readership alone will not be the correct representation of the reading habits of the consumer given the lifestyle changes, especially in large towns, where the sources of news are expanding – TV, digital, newspapers.”

He explained further, “Frequency of reading newspapers as a habit is going down. Yesterday will not give a right sense. We presented this issue in front of the TechComm and had a healthy discussion on it over the course of the year where finally it was decided by the techcomm board of RSCI and MRUC that to have a true readership, we should have a total readership, which is a fairly good indicator of how good or strong a publication is. Along with this, we have released two more variables–last three days and last seven days–which seems to be more or less the frequency at which people are reading up today. We will be reporting the readership in these four breaks. Anyone who wants to study viewership can do so in detail.”

Well. If that is the case, then anybody will think that trading and business will only happen on the basis of TR and not AIR. However, the industry feels otherwise. A person might have read four papers in the last one month, though his regular daily would be just one of them. TR will not give you a data on the regular readers who might also read the newspaper tomorrow, given the habit and hence see your ad.

A senior industry professional discarded the proposition of TR becoming the new currency for trading. He said, “The sales will be done only on the basis of AIR. It is a better medium for trading as it shows that the possibility of that particular person reading the same newspaper again is much higher than a person listed in TR, who has read a newspaper somewhere in the last one month.”

It must be noted that unlike BARC India, which is an evidence-based study that gathers the evidence of a certain person actually watching the television at a time, IRS is more a recall-based study. What does this mean? It means that a lot depends on the memorability of the product that the reader has consumed rather than the assurity of having read it. Stretching this memory from DAR (day after reading), which is used in AIR to a month-long memorability which is used in TR, how much was it worth really?

Vikram Sakhuja, CEO, Madison World too agreed. “From ‘servicing the client’ and planning points of view, is AIR a better one? Yeah. We will calculate that. Is AIR flat growth? I will have to see the data.”

Asked why TR was brought into the picture, NP Sathyamurthy, Chairman, RSCI Technical Committee and Executive Director, DDB Mudra Group, explained the two main reasons to release TR. One is to create parity between different media platforms such that all platforms are measured on a monthly basis. The second and important one is for the publishers to be able to better analyse their product as Sathya puts it, “how can I convert the sporadic readers (those who read once in seven/ three days) into regular readers?”

Sundeep Nagpal, Founder, Stratagem Media explained, “As times change, the yardstick for readership should also be renewed. There was no timeframe to the total readership included in the report till 2012. This gave rise to a question:Have you ever read and newspaper and which one? That was a useless number. This TR has a fixed timeframe, which is absolutely fine and strong data point. The possibility of error is less.”

Cinema was measured at three months, dailies were for yesterday, internet was for one year and radio was for a month. This triggered the need to boil down to a single timeline that can be implemented to all. The committee has tried to bring parity among the various media platforms.

Nagpal agreed, “The parity among various platforms is a very good step and it will be very convenient and useful for the advertisers. But I don’t think this can be used as it is. If that is done, then it will be a big issue.”

After speaking to a cross-section of people who witnessed the launch of IRS 2017 in Mumbai, the larger sense we got was that nobody will be talking about the TRs in the coming months. Everyone will focus only on the AIRs because that is what will be used for trading. “Come on, we are talking about daily newspapers here, which have a shelf life of not more than 24 hours. Who read what in the last one month and that too possibly once or twice, is a matter where no advertiser would want to put money in,” said an old hand in the industry.

In that case, what was the whole point of announcing the IRS in terms of TR? It might be because a 40 per cent growth (in TR) looks healthier than the 0.6 per cent growth (in AIR). AIR has registered a flat growth when it comes to the level of the industry as a whole. This might mean that while the AIR readership is not growing for the industry, there might be some growth for individual publishers, which establishes that the publications are possibly eating into each other’s pie.

So, was TR the tool to just start the series of announcements on a positive note? Was it so that the conflicts don’t throw up right at the start and that, MRUC and RSCI actually wanted to keep everyone happy?

After all when the committee announced the 40 per cent increase, the audience applauded. A senior media expert agreed that yes they might have started off with TR since it is a healthy number of look at. This is coming after four years and they want to wipe out the benchmarks and older yardsticks.

Tags: Will it be AIR vs TR? IRS 2017
Advertisment
More from this section