Several stakeholders agree that the numbers will only be able to impact ad rates of later editions of IRS. Considering the fast-changing reading habits, it is not clear if AIR on the basis of yesterday’s recall will go upwards or downwards in future 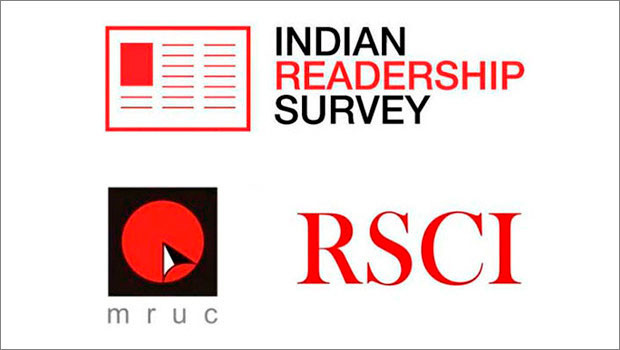 The Average Issue Readership (AIR) for newspapers in IRS 2017 has left publishers, media agencies and advertisers in a lurch as the figures released on the basis of ‘yesterday’s recall’ have largely shown either flat growth or degrowth as compared to IRS2014.

"IRS has been a credible currency and ad rates have been revised on the basis of its numbers. So if between 2012 and 2014 a paper showed 10 per cent growth in readership, rates were revised accordingly. Now, the IRS2017 has shrunk the readership in terms of AIR. How do we revise the rates now? Should the rate card be drawn afresh?" a leading media planner said.

The ad rates have almost remained constant since 2014 and depended on supply and demand.

A senior official in one of the FMCG majors believed that the ad rates will have to remain what they were for last four years. “Nobody has been able to ask for an ad rate hike in last four years and the publishers will have to carry on with this for another year. Ad-rate hike has been and will remain a huge challenge for them,” he added.

Another FMCG advertiser indicated that the dependence on data has gone away. People have learnt to live without IRS data in last four years and hence, in the absence of a specific trend between 2014 and 2017 data, the stakeholders might want to not use it much. He said, “This time readership has come, now as it progresses and data gets piled up on regular frequency, the trend will build up and then, it will become a useful currency of sorts.”

This new data set has been launched with four parameters – yesterday (called AIR), three days, seven days and a month (called TR). It is expected that many leadership claims will emerge in one market on different parameters as some publisher will be leader in weekly data, someone will claim leadership in three days or on the basis of yesterday’s recall.

To this, the advertiser said, “We know we will be flooded with different leadership claims in same markets on the basis of what parameter suits a publication. But we will go by actual AIR data, which is yesterday’s recall. Now, whether it is making sense in the context of today’s scenario, it is up to research body and industry stakeholders to decide. We will have to protect our interest.”

Now that many stakeholders agree that the numbers will only be able to impact ad rates from later editions of IRS, it is not clear if it will go upwards or downwards. Considering the fast-changing reading habits, it is possible that the AIR on the basis of yesterday’s recall may witness further degrowth.

One of the leading publications had told BestMediaInfo.com that yesterday’s recall is redundant now and we should move to “Up to three days” for calculating AIR, which will represent the true essence of today’s reader.

When asked if advertiser and media agencies will be ready to accept this shift, a senior media observer said, “If we as an industry agree to make the currency agile enough to accept changing readership behaviour and market dynamics, it will be more reliable and acceptable to all. Giving out four sets of data may please many but will create more chaos. It will be better to accept one parameter rising above personal interests. If you stick to the same set of research questionnaire and AIR’s definition overlooking changing time, it will be difficult for print industry to survive.”

A couple of advertisers also noted how people have also stopped running campaigns on print. “It is only a support medium these days with just a couple of ads. Except for e-commerce and mobile wallets, nobody really has print-led campaigns these days. It might be true as the lead category on print – automobile – has also slipped to No. 7. This shows the print medium as a whole needs a radical change and not just the removal and addition of TR in different forms to create more confusion,” they remarked.

One of the leading publishers mentioned that everybody will honour the data, no matter they agree to it or not. “Almost all newspapers are on the board of RSCI. Nobody can dishonour the data, but almost everyone is unhappy with the data because it has no correlation with ABC, rates, perception and even advertisers. Will the data change the rates overnight? No.”

So, by this logic, despite being new leader in the Kolkata and Chennai markets, TOI will have to live with the rates of a No. 2 publication for some more time. Similarly, HT in Delhi will continue to garner rates lesser than TOI.

Another publisher said, “Not every time when television’s TVRs go down, rates decrease. Market operates on the basis of relativity which means that competitive comparisons are more important. Rates are a factor of many other things. When the BARC data came, the numbers increased but were the ad rates increased significantly? No. It is all about what suits the advertisers and what saves their money. For those who have had hardly any increase in the last four years, we will have to live with this rate for another year. This means that IRS has not done any wonders with AIR or TR.”

He went on to add, “‘A person can demand rate’ is a message that IRS is giving out, but it’s not easy to implement, especially with such complications in data. We will use the data to a certain extent, but we won’t swear by it. Also, the onus is on publishers too to use the data consistently and to not slice it irrationally.”