Can Delhi become the new creative capital of India?

Delhi's influence in the creative community is growing. Experts say Delhi's rise is partially because of the growing number of corporate clients in NCR. But will the political capital gradually replace Mumbai as the creative capital of India? Or does it really matter where the idea comes from?

Delhi, in the midst of all this, remained out of radar for creative minds as creativity here was limited to DAVP ads and political advertising.

But the times have now changed and Delhi is emerging as the top city on the map for the creative community.

In last year’s Cannes wins from India, the numbers from Delhi were more or less the same as Mumbai. The story is the same if we also consider Effies, which proves that Delhi’s advertising industry has come out of yoke and is successful at proving its mettle.

A lot of the network agencies’ senior professionals, NCDs (National Creative Director) and CCOs (Chief Creative Officer), are based in Delhi. For example, Swati Bhattacharya of FCB, Soumitra Karnik of Dentsu, Ajay Gahlaut of Ogilvy and Prateek Bhardwaj of McCann. The JWT and Ogilvy offices are bigger than the Mumbai offices.

He said, “With most of the production houses located in Mumbai, most of the shooting takes place in Mumbai. And the impression that goes out is that Mumbai is doing a lot of work, but actually more work is happening in Delhi.”

A few of the industry men believe that even after performing on a par with the Mumbai office, they have to satisfy with less. The struggle to reach the top and be known is much more in Delhi than in Mumbai. Recently, Ajay Gahlaut, Chief Creative Officer, Ogilvy North and Deputy CCO, Ogilvy India, took to Facebook to share his point of view for the newer generation joining the advertising industry. He wrote there, “Frankly if you’re a sensible, rational human being, it’s a no-brainer. Work in Mumbai. You are closer to the powers that be. Your work is seen and appreciated faster. Clients are more inclined to see agencies as partners instead of mere suppliers. So you will get more attention and respect. You will get applauded and feted if you do great work for the client. Wide smiles and a positive atmosphere will greet you in most client boardrooms.”

He went on further, “You will, as you gain seniority and experience, be called for various jury duties of diverse award shows. Here you will network with the top people in the industry on equal footing. People will take you seriously and listen to your opinion with interest. This will enhance your employability and value in the job market.”

On the contrary, he added, “On the other hand, if you decide to stay on in Delhi. You will be a faceless name on an email list for your seniors and superiors in Mumbai. You start working on proactive ideas because you want to win awards. You win awards. And more awards. Year after year. Suddenly one day you realise that despite winning so many awards on your own steam, you’ve never been called as a juror for any award show. While some of your juniors in the Mumbai office are going for their sixth jury duty in as many years. Then it dawns on you that there are two reasons for this. One, the award show people simply don’t see you enough to remember you. And second, it’s simpler and cheaper to get a jury member from Mumbai. Uber is cheaper than Indigo after all.” 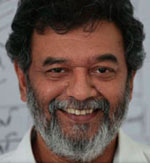 Sharing his past experiences and the current state of affairs in Delhi on Facebook, Prathap Suthan, Chief Creative officer, Bang In The Middle, said that in his previous organisation, the working conditions were bad. Even after producing good work, the Delhi team had to satisfy with less in comparison to Mumbai. He further wrote, “One fine day, when the biggest of the egos from Mumbai came down to our office to generally smirk at us and our plight, I happened to ask him that why is it that despite the fact we are almost five times larger than Mumbai, our office is pathetic and the Mumbai office is a piece of stunning art and architecture? The big man replied. "Clients come to the showroom. They don't go to the factory. You should be lucky you have a place to sit." End of story and discussion. That sort of summed up and told me just exactly how Mumbai looked at Delhi. It happened, and it happens.”

Ashish Limaye of Happy Finish thinks that Delhi makes one a tough person and Mumbai has its own set of trouble. “Mumbai has its own troubles of battling the infrastructure and sleeping in plush pigeon holes called apartments. Delhi in spite of its rugged approach and palatial living makes you tough to live beyond advertising in a job called life. Both I'd say must have on any blokes wish list. Nice read as always.” 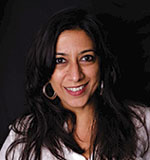 Not agreeing with Gahlaut and Suthan’s point, Malvika Mehra of Tomorrow Creative Lab, said, “I don’t agree with Ajay (Gahlaut). I think in our limited capacities, we still can make the place what we want it to be. And negate the perceptions. Personally speaking, the best years of my working life actually came from a sudden ‘posting’ to the original underdog, Bangalore. Where great work on Bingo! Lenovo, Allen Solly, IBM, Titan happened. Great strategists, copy, art and account management folks happened. And awards happened.”

Although the times have changed and Delhi is getting its long due share of accolades, the perception still stays that Mumbai is the hub of advertising. Kyoorius, Effies, Olive Crown and most of the industry awards happen in Mumbai. 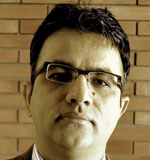 Jitender Dabas, Chief Strategy Officer, McCann India, said that it is more of a perception now than the reality. He said, “The advertising industry has changed in terms of its power and equation, but somehow all the industry bodies are Mumbai-based.”

Akali added, “Like it or not, Abby awards meeting is happening and the jury will meet in Mumbai and the people from Mumbai will find it easier to come for it. Therefore, automatically the jury is made more of Mumbai people. I am not saying it is a rule. Effies for an exception has a Delhi round of jury too. But the fact is that the ecosystem is based in Mumbai.”

Dasgupta making a strong point here, said, “There is a certain network in Mumbai among the senior creatives. They hang around together across the agencies. For Delhi people, it is a bit difficult to be a part of that network. Delhi people are not normally available at these awards. The agency has to bear the cost to send people to the awards.”

Therefore to sum it up, Mumbai is perceived to be the capital city of advertising. But the scenario is changing and it’s no more about the cities but how one makes the best out of the advantages and disadvantages of the cities.

Tags: Delhi vs Mumbai Creative Agencies
More from this section