Brandstand: Swinging it for Swiggy

If Swiggy continues to stay No. 1 for a little longer, preferential deals will slowly shift, thus making Zomato less attractive as a partner. To take off metaphorically from a popular newspaper campaign, the leader not only guards but handsomely rewards the reader 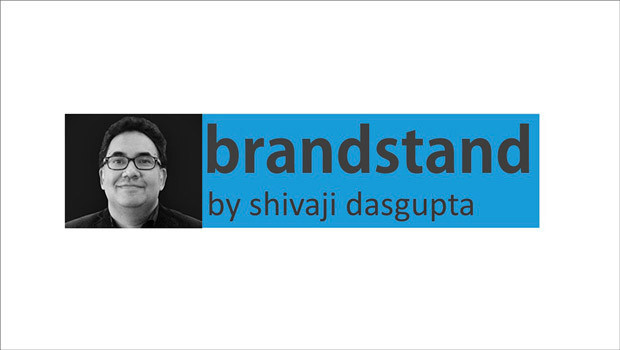 ‘Deeply influenced by Swiggy over taking Zomato to become the No.1 online food portal, loyal customers of the latter ordered their Saturday dose of biryani from the former.’ While the above is certainly an unlikely headline, the correlation between market leadership and customer choice is becoming likelier than ever before.The Momentum Economy is dictating brand performance, those in positions of strength more likely to delight and less likely to fail.

As a brand assumes market leadership, a whole host of factors come into play quite rapidly. For starters, the number of financial stakeholders increases rapidly, with investors ranging from institutions, powerful individuals and a whole host of others. Every investor brings with her a whole host of regulatory criteria, which in turn secure the business fundamentals of the leader, ensuring better processes and tighter operating systems, in turn a stable business. Quite suddenly the market leader is now being scrutinised by global system benchmarks, a foundation of regulatory prudence that rises above just the own company standards.

The second thing that happens is the sheer scale of operations that a leader enjoys, demonstrated clearly by the examples of Domino’s Pizza and Indigo Airlines. So, when a flyer wants options to commute from Delhi to Goa, the leader gives him more connections at better fares than any peer, additionally its mammoth fleet ensures that a backup aircraft is ready when there is a problem. A pizza from the company mentioned is available in more locations in India than any other so each time I am hungry, a familiar option is more comforting than a newbie. Just as a Maruti Suzuki car can be serviced at more locations than any competitor, leading to a very good reason to choose this over any other. Operating scale means more opportunities for customer delight and ammunition for damage control, which in turn leads to greater satisfaction for the payer.

Another underestimated reason why, especially in technology categories, it pays to bank with the leader is the support of the B2B OEM community. A major learning during a recent association with a mobile phone manufacturer was how the component manufacturer, like screens or touchpads, offers the latest technology to market leaders for the simple reason that more units are likely to be sold. This leads to a virtuous cycle of early adoption, whereby every accessory innovator would want to latch on to the leader, thus offering customers a better choice. In the automobile trade as well, cutting-edge collaborations are often between leader and leader, a function equally of the willingness to pair with greatness.

It is certainly true that market leaders also attract the most stable quality of talent, as job-seekers believe that they have a sustainable future with a current success story, which in turn can only lead to better quality of experiences for customers like a Taj Group capable of offering better careers for master chefs than a mid-grade pretender. Just as the best engineers would be attracted to a Microsoft or Apple, or the finest heart specialists seeking affiliation to the establishments of Dr Trehan or Dr Shetty. Talent invariably leads to better quality of service or product which in turn makes such brands sensible choices for the buyer. Interestingly, the same holds true for football leagues as well, which explains why the top clubs of the world are able to hoard large bases of talent.

Market leaders are also more likely, in the modern context surely, to have a continuous funnel of innovation as their capacity to experiment for the future is more. They are also equally qualified to offer the best rates in the category, if they wish to, a function of both absolute volumes and better negotiation power overall. They are also obliged by pressure from the environment to behave like societal and not just category stakeholders, a role they are thrust with, no better example than the parliamentary probe on Indigo. As a result, their actions are also intuitively more responsible over time, leading to further benefits for the end user.

Every category will certainly have its share of passionate followers who are itching for future leadership, keeping the current leaders on their toes through innovation and aggression. As customers, many of us will patronise such brands, for personal choice, better price or other environmental factors. While that is certainly healthy, the Momentum Economy provides sufficient evidence why in today’s complex socio-economic business eco-systems, it is truly beneficial to do business with the leader. If Swiggy continues to stay No. 1 for a little longer, preferential deals will slowly shift, thus making Zomato less attractive as a partner. To take off metaphorically from a popular newspaper campaign, the leader not only guards but handsomely rewards the reader.

Tags: Brandstand Swinging it for Swiggy
Advertisment
More from this section