Shivshankar was earlier appointed as the Chief Editor in December 2016, a month after the exit of its former Editor-in-Chief Arnab Goswami 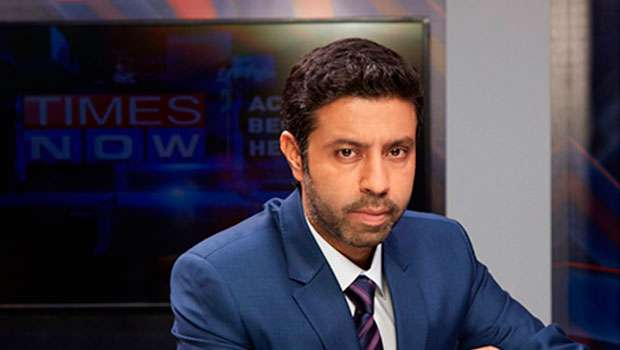 Times Now has elevated Rahul Shivshankar as the Editor-in-Chief. The announcement was made internally in the channel, recently.

Shivshankar was earlier appointed as the Chief Editor of Times Now in December 2016 following the departure of Arnab Goswami whose entrepreneurial venture Republic TV went live on Saturday, May 6.

While this elevation was much anticipated in the industry, Times Now had never confirmed that the position held by Goswami will be given to Shivshankar. It was made to believe that the new position Chief Editor was created for Shivshankar.

At the time of joining Times Now in December 2016, Shivshankar was given the responsibility of leading the editorial team of the channel and to work closely with the business and leadership teams to ensure the channel grows significantly.

This is Shivshankar’s second stint with the network after a gap of close to six years. Based in Mumbai, he continues to directly report to MK Anand, MD & CEO, Times Network.

In a career spanning almost 20 years, Rahul Shivshankar has served as Editor-In-Chief of NewsX, Executive Editor of Headlines Today (TV Today Network) and Senior Editor of Times Now. He has also worked for the editorial page of The Times of India.

Also read: Times Now sets the agenda for the nation this weekend