Hiking ad rates in radio is the new trend, but have they reduced their inventory too?

Radio Mirchi recently hiked their fares and at the same time reduced their inventory. Other players too have increased their ad rates but the inventory remains the same. BestMediaInfo.com spoke to radio players to know more 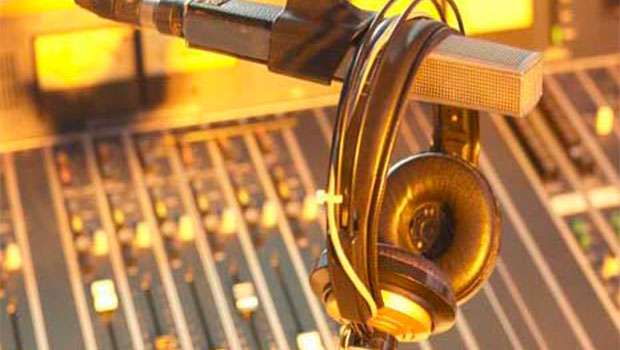 Do you listen to radio? If you do, then what do you get to hear the most? Radio jockeys (RJs), songs or ads? It is quite certain that most of the time the answer will be either ads or what the RJ has to say, songs are just fillers. But last week, a radio player has done something the listeners will like and they’ve wanted that for a long time now.

With effect from April 1, 2017, Radio Mirchi decided to have only 15 minutes of advertising inventory in an hour from the average 22-26 minutes that radio stations normally have. While they’ve reduced their advertising inventory by about 33 per cent, they’ve also increased their advertising cost anywhere between 15-20 per cent for their major markets. The radio station is trying to get more listeners, quality advertisers and increase its value by removing lower priced clients.

Elaborating on their strategy of reducing advertising inventory from 22 minutes to 15 minutes, Prashant Panday, CEO, Entertainment Network India said, “We are starting off with our top 10 markets.  Advertising inventory is restricted to 14 minutes now, 15 minutes is including the in-house and marketing promos that we run.”

Ad rates vary according to the cities. Radio Mirchi’s ad rate in Mumbai is Rs 1,100, while in Delhi it is Rs 1,500. The current increase is not in proportion to the reduction in ad inventory. Panday added, “When you cut inventory, you are throwing out the lower priced clients. Secondly, what you are doing is you are going to tell clients that we are giving you a better experience where the ad breaks are much shorter, so the chances of the listener switching channels is much lesser and hence make the advertising more effective. Also the fact that it will lead to a better listenership numbers eventually and these is the message we are giving to the advertiser.”

When asked why radio has never had a cap on advertising, Panday explained, “In radio, the spectrum was auctioned by the government and when the auction was set up, there was no mention of any ad inventory in the tender documents, including in phase III. So there was no ad cap for bidders who paid for the tender. It’s not legally possible for the government to cap anything.”

In Panday’s opinion, each broadcaster has to take a call when it comes to ad capping. A research by Mirchi showed that listeners complained about a lot of ads being played. That’s what made them listen to the listener and reduce their ad inventory. Panday aims to attain 10 minutes of advertising per hour in the next two to three years.

Speaking about what Mirchi will do in the extra seven minutes it is now offering, Panday explained, “The RJ talk does not increase as it varies from RJ to RJ. For our breakfast show with Jeeturaaj, we want him to speak his full quota because people tune in to listen to him. So we allow him to speak anywhere between 12-15 minutes in an hour. In his show, the music is anywhere between 25-30 minutes. When you come to our other shows in Mumbai, typical Jock talk is anywhere between five to six minutes and therefore the music tends to be higher, around 35 minutes approximately.”

With Radio Mirchi reducing its ad inventory, we asked two media planners on how media buying for radio is expected to be.

Prabhat Naik, Associate Partner Client Leadership, Media, Dentsu Media, said, “There are two parts to this. From a listener’s point of view, it is a good move as it will increase engagement towards medium and build channel stickiness, as we tend to switch channels when an ad is played. From a planner perspective, keeping the investment constant, it will be difficult for us to keep up with the momentum, as the same amount of investment will yield lower spots and hence lower ROI.”

A senior media planner said on condition of anonymity, “I think on radio the clutter levels are extremely high. Given the fact that digital radio is taking off, I think they have no other option but to make themselves clutter free. Since they have not been able to increase their revenues, they’ve just been increasing inventory. Hence, there should be some amount of self-capping. The need of the hour is to make their platform more listener friendly, rather than advertiser friendly.”

While that was Radio Mirchi’s story, other players too are prompt in increasing their ad rates while the ad inventory remains the same. Here is what each of them had to say about increasing their rates.

Tarun Katial, CEO, Big FM, said, “We all as an industry have decided to reduce the air-time. It takes time for everyone to realise and come on the same note. At Big FM, we have increased our rates by about 10-15 per cent. There will be better utilisation of inventory with even distribution of inventory across the day, instead of increasing rates on a particular slot. We are among the premium rates, since we have stations that are in the top two players of each of the markets. The rates are in line with our performance.”

Nisha Narayanan, COO, Red FM too announced fresh advertising tariffs for new stations within the growing network along with the revision in airtime rates for existing frequencies. “The annual review of advertising tariffs at Red FM has resulted in a rate hike of 15-20 per cent and is based on a careful strategy that is founded upon the growth of the brand, as well as the spread of the network. While the incline is noticeable in metros, the moderate upward correction in small and medium cities is mostly an output of the network’s evolution, in addition to the proven mix of content and music. “Having said that, the ultimate goal to make radio a feasible and flexible medium of advertising has not fallen out of focus,” she added.

Radio One is not behind when it comes to increasing ad rates. Vineet Singh Hukmani, MD and CEO, Radio One, said, “We have had the highest rate increase in radio as compared to any other radio station as clients and agencies know only Radio One targets a unique international Indian target audience and develops continuous innovation to super engage this influential tribe of people. We have already achieved an average hike of 27 per cent on all our cities over last year’s rates and we thank the clients and agencies for their faith in Radio One’s unique proposition of being India’s only international radio network.”

On their ratio between ads, songs and RJ talk, Hukmani said, “We have the best balance of music and ads whereas competitors only play ads and not more than three to four songs an hour. We play 10!”

Abraham Thomas, CEO, Radio City, said, “Radio City has consistently succeeded in raising ad rates year on year based on our leadership and the value we deliver to our clients. We have also created numerous integrated marketing solutions for our clients through ‘Audacity’– our internal creative client solutions agency, thereby generating premium value. We have a strategic relationship with our key clients and do not believe in making media announcements of the same.”

My FM too announced their rate hikes earlier last week. The radio channel hiked their ad rates from 15-25 per cent depending on the city in order to bridge the gap and inventory required for them to ensure listening experience.

According to GroupM’s This Year Next Year (TYNY) 2017, radio is expected to grow at a little over 10 per cent, there is scope for the medium to pick up as the phase III rollout is completed in 2017. Higher growth is expected as stations will see the supply impact of the full year.