The inaugural bid for IPL in 2008 had settled for Rs 8,200 crore when Sony Pictures Networks India (SPN) had grabbed the rights for 10 years. Against this, Star India had bid an unusually huge sum of Rs 16,347 crore for five years and now it remains to be seen how well does the network monetise it 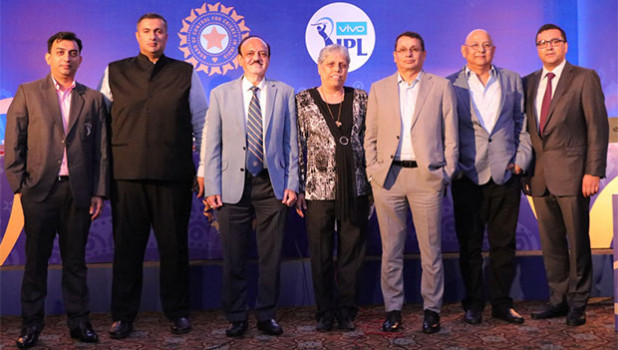 What rolled out at the bidding event of IPL’s broadcast rights on Monday was no less than a tight match.

It started with Star India placing a piecemeal bid of Rs 6,439 crore for India television rights and another Rs 1,443 crore for digital.

The digital rights space got intense with social media giant Facebook putting in a bid of Rs 3,900 crore and a telecom player offering to pay Rs 3,280 crore.

The total of all the individual bids of Star India – Rs 6196 crore for India TV telecast, Rs 1443 crore for India digital broadcast and Rs 243 crore for the rest of the world – first stood at Rs 7882.46 crore. The game changed when Star India went a mile ahead and offered a huge amount of Rs 16,347 crore to BCCI for all (consolidated) IPL broadcast rights, including TV, digital and global, almost doubling the bid amount it had made for TV and digital rights.

BCCI had the condition that whosoever paid the biggest amount for the consolidated broadcast rights will win.

No other bidder could match the humongous bid placed by Star and the broadcaster won the five-year broadcast rights.

The bid was unexpected, surprising and mysterious in many ways. Out of the 13 contenders in various territories, none of the companies had bid for the global rights.

Moreover, Sony, one of the biggest contenders in the race, did not bid for anything else but television rights. It must be noted that SPN runs an OTT platform SonyLiv.

After winning the bid, Uday Shankar, Chairman and CEO Star India said, "Indian sports have barely scratched the surface of its potential. Both the viewership of sports and more importantly participation in sports is something that we would like to grow substantially over the next few years."

Ultimately, Star India is going to pay about Rs 55 crore per match versus Rs 15 crore which was paid till now. The amount is huge but are there takers for it?

Amid the questions raised over the BCCI bidding by several players, BestMediaInfo.com tried to analyse if such aggressive bidding would be fruitful for Star India and how do returns look like.

Based on the expected increase in the revenues as compared to the previous years, Star India might be able to grab close to Rs 3,200 crore per year.

As per a senior media observer, Star India might be able to take the TV advertising rates of up to Rs 1,800 crore, considering appreciation popularity of teams and the might of Star India. The subscription revenue might also go up marginally to reach about Rs 600 crore. Digital advertising, which garnered about Rs 150 crore in the previous season of Hotstar in the 2017 season, can be expected to go up to 350 crore. The global rights are also expected to get them about Rs 500 crore from the rest of the world territory.

He further explained, “It will be profitable deal for Star India. The network might miss the break-even point marginally for 2018, but the next year onwards, the league will be a profitable one. Also, the muscle that Star India has will be twisted enough to get that extra bit of revenue that the league should win.”

Ashish Bhasin, Chairman and CEO, South Asia, Dentsu Aegis Network Dentsu Aegis Network said, “Cricket is a very important property in India and IPL especially has only been growing. The revenues that are expected can obviously not be met by advertising alone, subscription will play a vital role."

"Also, getting something as huge as IPL is a huge benefit for the network which can then try to pull the other (laggard) channels up too. Cricket has never been a losing proposition for anybody. Now Star is in a position when they have control over most of the important cricket tournaments. While the price does seem very high, but I am sure they have done their math. It is not a bad proposition. Assuming that advertising is the only source of revenue in incorrect. There will be more subscribers and it is a growing market.”

While Sony Pictures Networks India had earned about Rs 1400 crore from advertising and close to Rs 500 crore from subscription in the 10th year of IPL, it remains to be seen as to how much can Star India increase these revenues.

In 2015, Star had won the rights for a three-year period for digital telecast of IPL for Rs 303 crore and the company made Rs 150 crore in revenues through the platform in last season (IPL10), despite a deferred webcast.

The highlight with the digital rights is that till season 10 Hotstar, Star was forced to telecast IPL with a deferred feed of five minutes. However now since Star India has got the telecast rights for both the media – TV and digital – the clause of deferring the feed might not be applicable. This might also give a chance to the OTP player to up its offering and hence revenues.

Bhasin added, “This will help the digital telecast because it will only increase the number of subscribers or audience, giving a boost to advertising revenues. However, I doubt that Indians are ready to pay for digital content yet, so subscription revenues on digital will still have a long wait.”

According to Bhasin, digital is going to help cricket and other sports. “I feel so because we are seeing a lot of boost in mobile viewership, especially when people are in offices and out of home.”

Sony invested in IPL in its inaugural season, when possibly nobody showed confidence in the tournament. Everybody agreed that it was a big risk that the broadcast network was taking. However, the brand value of IPL has increased with time, efforts and a lot of investment from Sony. At present, IPL is at the highest level of its popularity and that is sure to help Star India in the years to come.

This year will be exciting in ways more than the high sponsorship deals and bidding amounts. The upcoming season of IPL will see the same eight teams fighting for the winning trophy, as those were in the inaugural season of the tournament in 2008. The teams Gujarat Lions and Pune Supergiants will give way to the classic franchises Chennai Super Kings and Rajasthan Royals.

This will also increase the affinity of the audience. The rumour of MS Dhoni planning his retirement from international cricket is yet another reason that might come up right before IPL. At the same time, the franchises might go into a complete churn of players followed by an open auction, which will only hype the interest levels.