Rajnigandha: The taste of success

Functioning in a category like Pan Masala, Rajnigandha has placed itself as a premium brand and its protagonist as a successful man 'who always had the world and hearts at his feet'

Did you know that India‚Äôs iconic pan masala brand ‚ÄėRajnigandha‚Äô was named after the title of a song? DS Group picked the brand name for its pan masala, looking at the popularity of the title song of the movie Rajnigandha in early ‚Äô80s.

Rajnigandha, said to have secret ingredients like many other iconic brands such as Coca-Cola and KFC, is the largest selling pan masala brand in the country today.

Pan (betel leaf stuffed with sweeteners) has been very peculiar to many parts of India - UP, MP, Bihar and even Maharashtra - right from time immemorial. As time progressed, life picked up speed and people started investing much more time in traveling. It became difficult for pan-lovers to get the same taste of their pan everywhere. And this was how the pan masala was born so that people could carry their favourite pan in a packaged dry form, initially sold by the panwallahs. 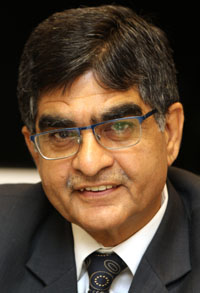 CK Sharma, Business Head, Mouth Fresheners, DS Group, said there were two problems associated with pan consumption. Explaining, he added, ‚ÄúAcross the country there is no consistency of quality and taste, since it is made by different panwallahs. The second problem is hygiene. There was a latent requirement of pan-eating consumers to upgrade to the next level of chewing ‚Äėpan‚Äô.‚ÄĚ

The founder of DS Group, Lala Dharampal, was known for always keeping consumer taste and preferences in mind. His son, Satyapal, inherited the qualities of innovation and aspiration to become the No. 1 in the business. To start with, around the 1940s, the company was already making masala to stuff pans, but in the 1950s, the first pan masala was launched ‚Äď Pan Vivahar Pan Masala ‚Äď catering to a limited consumer segment. When people started consuming pan in a packaged and dry form, DS Group launched its second product ‚Äď Tansen Pan Masala. Satyapal continued to bring in innovation with the changing consumer needs and launched Rajnigandha on July 3, 1983.

Even though there is no accurate figure about the size of the pan masala industry, it is estimated to be worth Rs 30,000 crore. Rajnigandha, which claims to be only one in the premium category, finds no competition.

It receives its highest demand from the Northern, Western and Eastern regions of India. Down South also, the brand is the market leader, but fetches the least demand from there as the eating habits of the Southern market is very different.

In 1997, Rajnigandha received complaints from the consumers about a dip in the quality of the pan masala. Keeping consumer at the forefront, all the stocks floating in the market were recalled and fresh ones were issued.

Pan masala attracted 60 per cent cess in the new GST regime (204 per cent for gutka). When asked about the impact, Sharma said, ‚ÄúIn the case of pan masala, the taxes have gone up, so has the prices. We have not noticed any changes in the sales yet but there are initial hiccups. We are sure that consumers have realised that we have tried our best not to pass on the entire burden and we have absorbed some.‚ÄĚ

So if the brand says it is bearing the burden of increased taxes to some extent, it is bound to bring its profit margin down.

Along with the brand, the challenges have also evolved. Talking about the advertising challenges, Sharma said, ‚ÄúThe challenge has been to evolve every time so that everybody looks at us as a leader.‚ÄĚ 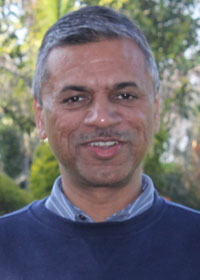 But, Rajiv Jain, Associate VP, Marketing, DS Group, had his own set of concerns. He said, ‚ÄúOur main challenge is to tell the new generation and the new set of people that we have zero per cent tobacco content. There are similar looking products that have tobacco. Time to time it has been a major challenge for us. When we realised this problem, we put a hallmarks saying we have zero per cent tobacco.‚ÄĚ

Recently, the world was taken aback when they saw Pierce Brosnan (James Bond) endorsing Pan Bahar. The matter became controversial and Advertising Standards Council of India (ASCI) banned the ad and the campaign was heavily trolled for a few days.

When asked if the controversy helped Rajnigandha gain from the loss of Pan Bahaar, Sharma said, ‚ÄúPeople graduate to Rajnigandha from Pan Bahar or Pan Parag or Pan Vilas. We challenge that if you have eaten Rajnigandha you can‚Äôt move to other brands.‚ÄĚ

Jain added, ‚ÄúIf someone is a Pan Bahar user, he/she will continue to eat that. I don‚Äôt think controversy can affect the consumption.‚ÄĚ

On the campaign trail

Soon after the launch, DS Group knew the importance of advertising for brand building and came up with their first ad ‚ÄėSwaad Rajnigandha ka Sabse Nirala‚Äô (The supreme taste of Rajnigandha). The communication was made to target the youth and thus was colourful, full of fun and celebrating life. The campaign featured Bollywood actors Avinash Wadhawan and Shikha Swaroop, crooning to ‚ÄėSwaad Rajnigandha ka Sabse Nirala‚Äô. In the ad, they were shown enjoying, meeting in the parks and going on drives. 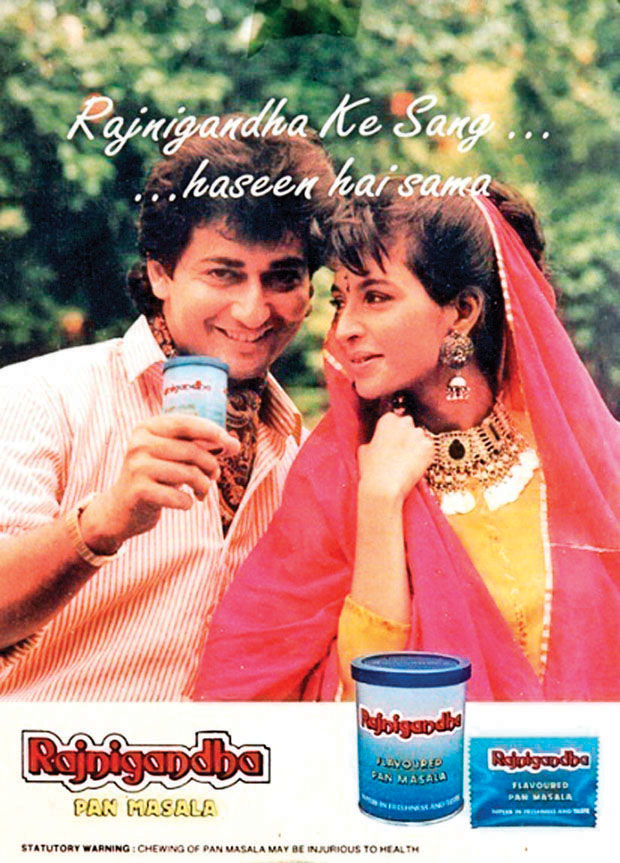 In the 1990s, the brand started getting further popularity and the next campaign showed the Rajnigandha protagonist handling petty day-to-day challenges in unique ways. Hence, the campaign was ‚ÄėSwaad zara hat ke‚Äô (A taste like none other). 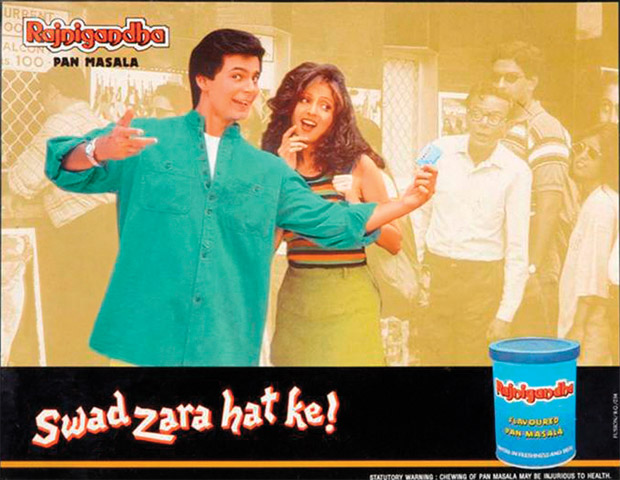 Jain said, ‚ÄúIn the 1980s, advertising was more product-oriented and brand positioning was related to the product attributes. Highlighting product attributes continued in the 1990s coupled with the objective of creating awareness to talk about the superiority of the taste and flavour that consumers already knew.‚ÄĚ

Entering the new millennium, the company positioned Rajnigandha as the synonym of success and launched ‚ÄėKaamyabi ka Swaad‚Äô campaign. It was only then that the communication strategy of the brand shifted from being light-hearted to dynamic power and success, which they have carried on to date. In the first campaign, the Rajnigandha man was shown as the businessman of the year, a successful entrepreneur holding intact his tradition, culture and also a family man.

Jain added, ‚ÄúIn early 2000s, we thought that we should give some non-functional reason to the consumer‚Äôs aspiration levels and a research said that people are growing at a global level. Hence, the positioning of ‚Äėtaste of a success‚Äô arrived.‚ÄĚ

By this time, the brand had arrived in the consumers‚Äô minds and retail shelves. However, since the original ‚Äėpan‚Äô contained tobacco in minor quantities, pan masala too was rumoured to be in the same category. To shun the notion that tobacco is one of the ingredients of Rajnigandha, in 2003, the brand launched another campaign ‚ÄėVishva ka Sarvadhik Bikne Wala Premium Pan Masala‚Äô (The world‚Äôs largest selling premium pan masala) and positioned themselves as 100 per cent Pan Masala, zero per cent tobacco.

The marketing team at DS Group was very sure that they would always place Rajnigandha as a premium pan masala product.

Later, the brand underwent a logo change and the word ‚Äėpremium‚Äô was added and spacing was enhanced to be more legible and nine cubes were incorporated in the design.

Rediffusion Y&R came on board in 2000 and became the agency behind the iconic campaign ‚ÄėMunh mein Rajnigandha and Kadmo mein Duniya‚Äô (With Rajnigandha, the world is at your feet). The campaign highlighted the Rajnigandha consumer as successful and powerful, yet having family values. It was around this time when the Rajnigandha protagonist was portrayed to be of international repute, yet remained Indian at heart. In this TVC, the successful Indian man is shown buying The East India Company. The campaign touched the patriotic and emotional quotient of people and became popular.

Then there were a slew of campaigns with various taglines, continuing with the ‚Äėsuccess‚Äô proposition. In 2006, the creative agency designed the new can-shaped pouch for the brand making it handy for the consumers.

In December 2007, a new product Rajnigandha Meetha Mazaa was launched to cater to sweet pan lovers.

The brand that celebrated successful people changed their philosophy slightly and combined success with humane and caring maturity with the campaign ‚ÄėMuh mein Rajnigandha, Dil mein hai Duniya‚Äô (With Rajnigandha, the world is in your heart). In the new campaign, the Rajnigandha man is now matured and along with his success, he now had the vision to include other‚Äôs dreams as well.

Meanwhile, Rediffusion Y&R parted ways with Rajnigandha and the brand had no agency partner until 2013 when McCann came in with a campaign ‚ÄėKuch kar aisa, duniya badal jaye tere jaisa‚Äô.

‚ÄėMuhn mein Rajnigandha, Kadmon mein Duniya‚Äô brought immense recall value. Still, the brand found a need to change the evergreen tagline. Elaborating on the need to change the tagline, Jain said, ‚ÄúThe reason is that every brand needs to evolve over a period of time while keeping the same thought.

Between Rediffusion Y&R and McCann, we had Kamlesh Pandey (advertising veteran) as our creative partner and he made the campaign for us during this time.‚ÄĚ

As the brand places itself in the premium product category, it targets SEC A and B affluent audiences. The brand has heavy marketing spends on television. Mumbai-based Poornima is the media agency for the company and Isobar is the brand‚Äôs digital agency. 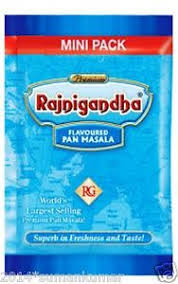 In 1983, Rajnigandha was launched with the 100 gram, 250 gram, and 1 kg tins and later began manufacturing composite boxes, which were not made of metal but a mixture that contained cardboard and made the pack lighter. In 1986-87, the 4-gram pouches were launched for on-the-go consumers and in 1991; 20-gram zipper pouches were introduced. For a longer shelf life, the new vacuum pouches were launched in 1996. In 2012, new packaging of tin boxes with ribs was launched for 100-gram packs. Then came a slew of smaller packaging of 0.8 grams and four grams over a period of time.