A walk down the memory lane for Happy founders

On the agency’s 10th anniversary, BestMediaInfo.com met Kartik Iyer and Praveen Das to know about their journey from being an independent agency to getting acquired by a network, their ups and downs, challenges and plans

Bangalore breeds start-ups. This analogy is not limited only to technology and e-commerce companies that have popped up across India's start-up capital. The city is also home to one of India’s youngest creative agencies.

In the past one decade, Happy mcgarrybowen made its mark by being the creative and marketing support to the world's most funded start-ups such as Flipkart, Ola and Myntra. Once tagged as a start-up specialist, it had handled Chai Point, freshmenu and bluestone in the past.

What started as Happy Creative Services from a room on the rooftop of the house of one of the co-founders 10 years ago with zero investment is today Happy mcgarrybowen, part of the Dentsu Aegis Network. Until the day of acquisition, Happy was an organically grown debt-free agency. 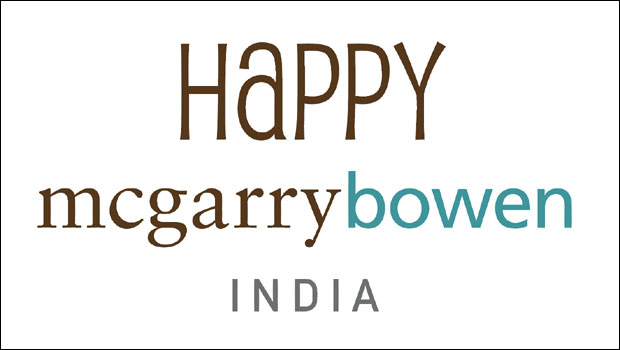 The agency, going solely by its name, has been able to keep both its employees and clients happy. A proof of this lies entirely in its rapid expansion from being a tiny team a few years ago to having more than 100 employees today. The clients’ list has also grown exponentially and with that came global recognitions and several major awards.

The agency that launched Diesel in India in 2009 now handles Duroflex mattresses and Tally software. It also recently won Suzuki’s two-wheelers business. Mukesh Bansal, who started Myntra and sold it to Flipkart, is on a new tech venture and has chosen to work with Happy from the logo design stage. The agency is also working with Sachin Bansal of Flipkart on the brand Billion and has come up with the name and is working from the logo design stage.

Co-founders Kartik Iyer (CEO) and Praveen Das (CCO) believe that an agency’s performance relies heavily on how happy the people are when working for it. It’s all about having a certain culture. Iyer said that staying true to this culture shows in the consistent work the agency has produced for all its brands, over the years.

Both Iyer and Das were the only advertising professionals to be featured in the Fortune Magazine 40 under 40 list alongside the Bansals of Flipkart and Myntra, Bhavish Aggarwal of Ola and Gaurav Kushwaha of Bluestone in 2014.

Iyer said the agency has been working with start-ups that have turned unicorns now, from the stage and time when they were very nascent.

"We don't believe in taking briefs. Rather, we co-create the brief with clients to try and solve a problem to achieve a business objective,” he added.

The agency that was acquired by Dentsu Aegis Network in 2016 recently celebrated its 10th birthday and took all its employees to Goa for a mega bash.

Happy was formed in 2007 when Iyer and Das came together to open an agency with a long-term vision and named it Happy Creative Services. The agency’s journey has been a bumpy ride with highs and lows just like any other independent agency.

In 2016, Dentsu Aegis Network’s mcgarrybowen acquired Happy Creative Services and renamed it as Happy mcgarrybowen. Happy is mcgarrybowen’s only branch and operation in India.

BestMediaInfo.com was the first to break the news of acquisition.

Iyer spoke about the journey of his agency and his feeling about bringing up his second child (the agency) for 10 years, “I think what worked for us in last 10 years was to keep our heads glued to what we were doing and always trying to think of what’s next. We have been lucky to be a hundred-plus-people-globally-acquired-company, having created and worked with some of biggest brands in the country. Praveen and I feel good to see the world tell us that at some level we’ve got it right," Iyer said.

Has the acquisition by DAN been a game changer for Happy?

An independent agency is always a free bird at heart. Then how is it like to be a part of a global network?

“The game has changed. It has become bigger in every possible way. Be it client, opportunity, stature, reputation, awards or talent," Iyer said. "Being part of a network, we suddenly have people who we can reach out to discuss if we have any doubts," he added. 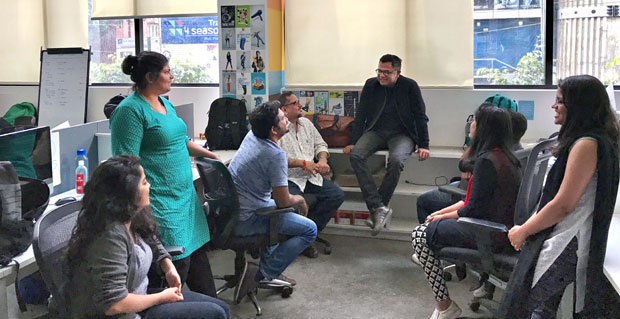 After acquisition, life becomes different. One becomes liable to the network in all ways. When asked if Happy feels similar pressure, Iyer said, “Some agencies succumb to that pressure. But you get acquired by a global company because your business is showing the potential of growth. So you have to grow. We chose to get acquired because we wanted to be an agency that is here to stay and that grows its reputation by leaps and bounds. Now we are thinking faster growth than earlier.”

Iyer gave an interesting analogy. He said one starts playing cricket in India by playing gully cricket, then moves on to school cricket, then college cricket, state cricket, then you play Ranji trophy. Nobody is going to ask Virat Kohli ‘aap to mazze mein ghar mein khelte the, kitna acha tha, second batting bhi milta tha, abhi pressure bahut feel hoga?” (You used to play in lanes and had fun, at that time you must be getting second chance too. Now the pressure must be too much). The pressure comes with the territory.”

Commenting on the journey with Happy so far, Ashish Bhasin, Chairman & CEO, South Asia, Dentsu Aegis Network, said, “Happy is the apt agency for the new age businesses. They have built new age brands like Ola and Flipkart. Very importantly, their values were in sync with our DAN values. That made a perfect match. Happy is highly creative and well respected by the clients. The journey so far is brilliant. They have become an important part of Dentsu Aegis Network and I think their best is yet to come.”

Bhasin is always quoted saying that his acquisition model is such that he leaves it to the founders to continue running the show as entrepreneurs. Iyer said, “That is very true. We are still on our own just that we keep all relevant people in the network informed. Although it's not necessary and not a part of any rulebook but many a times it helps us.”

Both Iyer and Das knew that they would become ‘Happy mcgarrybowen’ after the acquisition. But how did they ensure that you would remain happy?

“I’m still trying (laughs). The worry was not so much that how we would change as an agency by getting mcgarrybowen but the worry was that how would we make to a bigger brand,” added Iyer.

Iyer finds it really important for the agency people to work in a disciplined environment. Coming to the office after 10:00 am in the morning is against the agency’s culture. When it comes to work, Iyer has very strict rules and believes in no fooling around with work.

“More than others, happiness is in our culture and that is what we have built over the years. Along with accounts, brands, awards, and recognition, what adds to the culture is mutual respect. Another good part is that the seniors don’t abuse the time of the juniors," Iyer said.

A decade full of learnings

It certainly hasn't been a smooth ride for the agency as it was never short of ups and downs.

Iyer said the most interesting learning has been to build a brand and business at the same time. "We got all round experience of having started and running an agency. And hence, today when we listen to the client’s problems we understand it in a more comprehensive manner and this is how we approach our work and provide advertising solutions to them," Iyer added.

Iyer said one of Happy's most satisfying and famous work has been with Flipkart.

When the e-commerce company was yet to make it big, it was left to Happy to design the company's communication strategy. The agency brought in kids behaving like adults in the Flipkart campaign’s communication style, which became really successful. The campaign brought huge recall value to the brand.

However, despite the unprecedented success of the campaign, Flipkart in 2013 decided to distribute its creative mandate between the two agencies Lowe Lintas and Happy mcgarrybowen. 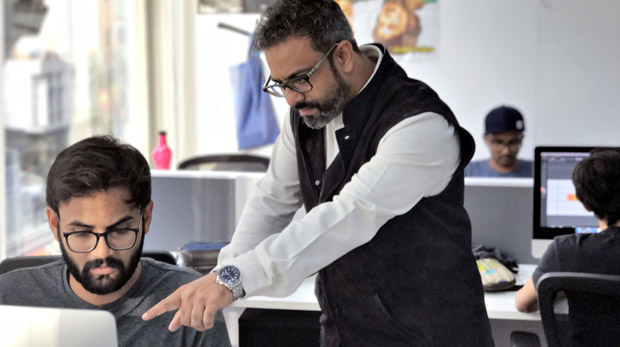 Das said at that time nobody could understand why the brand wanted a second agency and everyone at Happy was disappointed to see a major business going partially to another agency.

"It was a very scary thing for our agency. It was a very big client. Today, we have many clients of that size. Four years ago when that happened, we felt like we were on thin ice," Iyer said. “But ignorance and bravery are able partners and have often come to our rescue, like then.”

Das said despite setbacks, he doesn't regret anything. "We still have a good relationship with Flipkart. It is like our baby. We will always respect it. The e-commerce industry is very volatile. A lot of people come and go."

"After 10 years when we look back, we realise that these things keep on happening. The point is that how you overcome the business challenge and revive the relationship. Today, we are working with three Flipkart brands, including Myntra and Jabong," Iyer added.

Under CSR, Das explained they work on social behaviour change by joining hands with a couple of NGOs, usually running long-term campaigns.

Das said to date Happy has never compromised with the quality of work and would never do that in future. "We never believed ourselves as freelancers when we started. We had our vision clear and knew what we wanted in life without having second doubts," he said.

The agency now intends to strengthen its foothold in Delhi and sees a huge opportunity coming from India's capital.