Breaking the language barrier on the path of creativity

Can one survive in the communications industry without knowing English? Or has the sector been able to come out of the colonial hangover? How well-placed are Indian languages? BestMediaInfo talks to veterans to get a perspective 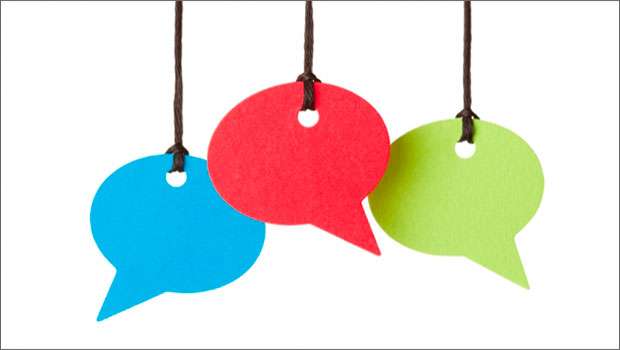 It’s a strange world of language in which skating on thin ice can get you into hot water – Franklin P. Jones

In the movie English Vinglish, Sridevi not able to converse in English became a cause of humiliation for her in the family. To gain her share of respect in the family, Sridevi had to learn English while she was abroad.

The idea struck from a few conversations that I had with people in the creative agencies. A few mid-level people said they had problems in communicating with colleagues as well as clients just because they were not well-versed in English. In fact, a very senior official, who didn’t want to be quoted, said that he is not the official spokesperson at the agency because he is not so fluent in English and that might end up putting the agency not in good light.

After having a word with some veterans, I realised that time has definitely changed, but there is a long way to go.

The idea here is not just to disseminate the notion that one cannot survive without knowing English well in the industry, but it is also about communication going beyond language barriers, be it English or any other regional language in India. The one thing that should speak is the content and the idea, irrespective of the medium of language.

Ever since people such as Piyush Pandey and Prasoon Joshi have been at the helm of their agencies, Hindi has definitely gained importance. Brands started realising the importance of communicating in Hindi as well. But Pandey believes that it is just one roadblock that he has crossed and it is also important to pay equal heed to regional languages as well.

Piyush Pandey, Executive Chairman and Creative Director, South Asia Ogilvy & Mather India, said, “These are the little changes that we have done. We have a lot more to do. People have to step out and travel to villages to know if their message is going to Tamil Nadu, North-East India, Kashmir and Orissa. We have crossed one milestone and there are a number of milestones to reach. We have crossed the hurdle of North India and have brought it from English to Hindi. It’s a journey and when people say that things have changed now, they are fooling themselves.”

Establishing what Pandey said, Anil Nair, CEO and Managing Partner, L&K Saatchi & Saatchi, said, “If you go to Delhi today, the first two words are in English and the rest are in Hindi, including in the meetings. So definitely, the Hindi barrier is broken.”

The history of language usage in Indian advertising

Until the late ’70s, 99 per cent work in advertising used to happen in English and one per cent was translated into local languages. In those days, advertising used to be shorter messages. Conceptually, everything was even thought in English and then translated into other languages. Therefore, there used to be a translation department in the agencies, KV Sridhar, Founder, Hyper Collective, told BestMediaInfo.com.

Prasoon Joshi, Chairman-McCann Asia Pacific & CEO & Chief Creative Officer, McCann WorldGroup India, said, “You cannot write off that there is a history of the country. There has been a dominance of English in terms of our education system. There have been people who don’t know English and had inferiority complex about it.”

Joshi further said, “We in India have a very hierarchical hangover, which is very different from if a Japanese, an Italian or a French person would use English. Even a Frenchman would know English for the sake of communication. Our hangover with the language is that it almost became an Indian language. English is part and parcel of the country. There is no harm in learning English, but I am against the hangover of English.”

The Britishers left a legacy of English medium schools, advertising and newspaper in India.

There were a lot of foreign creative agencies present in India back then, which developed a culture of speaking in English. “Even today India has more people reading the national newspapers than any other newspaper. English helped us well in globalisation. English helped to put the structure together. Later, we just expanded it,” added Sridhar.

In those days, the issue with regional languages was that advertising used to happen predominantly in Mumbai. After Mumbai, it was Calcutta and then Chennai. A lot of branded work used to happen through English dailies only.

Sridhar also said, “At that time, the culture was far more westernised, the lifestyle and aspirations used to be western style. I think somewhere in the mid-80s, people like us came from different parts of the country into advertising. We were not born and brought up in Mumbai and things started changing then.”

The advent of regional languages

There are two parts of advertising. One is the language of business, i.e what you talk with the client and internally. Secondly, what you communicate with the consumers. That changes from brand to brand. Nair said people think in their own languages in most of the cases, barring a few where conceptual thoughts are also English. Largely everyone is more comfortable in their mother tongue. If you go down south, clients and communication still try to come to a common style. There are four different regions: Chennai, Bangalore, Kochi and Hyderabad.

He also added, “It becomes difficult there where you start going extremely regional. My observation is that the barrier is still not broken. In our industry, a Tamil thinking boy will not go beyond his language as he is used to his regional thinking, although his idea’s scalability and good work could be international. Unfortunately, there is a barrier because that language is not used anywhere.”

Also giving an example of how people treat South Indians’ English accent, Nair said, “I am a South Indian. I speak and write Malayalam, I read and write Tamil and understand Telugu to an extent. I do have a South Indian accent, I don’t mind that. If a French man speaks in English, it is very cool and if a South Indian speaks English then people pinpoint. These are our country’s unique features.”

So, why don’t we treat them as different markets?

Sridhar said, “We are trying to be penny wise and pound foolish. The predominance of regional brands in regional language area is too high. If I trust my local language brand more then why should I trust the international brand? The moment the mindset of the market will change, everything will fall in line.”

Supporting Sridhar’s viewpoint, Nair said, “The quality of communication of national brands in regional language areas is pathetic and I cringe. Very little attention is given to this. There are brilliant ads with brilliant script in Hindi voiceovers; but when you see them in Tamil you don’t like them. In fact, it evokes a completely different reaction and becomes a joke. I think national brands and agencies are huge culprits of dumbing down languages other than Hindi and English.”

The other side of the coin: English is important

One can get away by saying that it is not important to know English and Hindi that well at senior levels. But when one is in a communication business and at senior levels, it becomes utmost important to know Hindi as well as English. Nair said, “It is a communication industry. You are dealing with India as a market. At least when you are in an international market, you better know their language. If you are running a French company, you cannot say that you don’t understand French. At the end of the day, my work is communication. Communication is a tool to impact and influence behaviour. If I am not able to influence then what am I doing in this business?”

Further explaining, Nair said, “A Tamilian who doesn’t understand Hindi should not aspire for a national level job. Similarly, a North Indian going to Tamil Nadu needs to understand the language as well if the job is communication.”

Giving a very extreme example, Santosh Padhi, Co-Founder and Chief Creative Officer, Taproot Dentsu, compared himself to Arnab Goswami. He said Goswami makes his point in very good English but Padhi himself might not be able to so in the same way. But if you are able to put your point across, it doesn’t matter how well-spoken you are or not, he explained.

Padhi said, “If a guy speaks in impeccable English and says everything correctly but doesn’t have interesting content, I would not score him high compared to somebody who speaks in broken English but has some fabulous points to make.” Chandana Agarwal, Managing Partner, Ogilvy & Mather, believes that communication is a very important part of being successful today. “Some of the best leaders are great communicators. Advertising has become more about the ideas rather than the craft. You don’t see too many long copy ads. Today everything in advertising is about the idea rather than building the craft. One can’t choose above the other. One has to look at the client’s culture before hiring someone on that particular account. Culture fitment is important.”

Padhi talked about how language is no more a barrier even internally when people have to give presentations. He said, “If you are confident of what you are doing then you can also make a presentation in Hindi. People down South make presentations in their languages. In Delhi, people do it in Hindi. Once they are in the thick of the presentation, they will present it in the language they are comfortable with. It doesn’t matter what language you are using if you are able to make your point and the idea is big.”

On the importance of language for clients, Padhi said, “For some clients, language matters while for others, performance skill matters. But then there are some who are looking for a big idea. It doesn’t matter to them even if you are a well-mannered presenter. There are different schools of thoughts. But personally, I feel that if you are a client who knows what you need, it doesn’t matter if that presentation is 100 per cent polished.”

Pandey concluded, “All this won’t happen overnight. It’s absolutely incumbent upon us to take it lower down to smaller villages. Every youngster who wants to enter the industry must contribute to that. I want girls and boys of all states to come and help me.”