BestMediaInfo.com caught up with Nayak on the sidelines of the Khatron Ke Khiladi press event, where he spoke about the industry and various issues impacting the industry 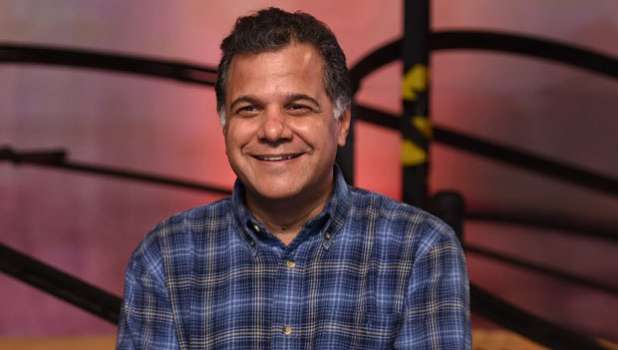 Raj Nayak, the man who is known to be one of the most intelligent and cheerful persons in the industry, entered the press conference to announce Colors’ Khatron Ke Khiladi Season 8, on a Royal Enfield. Sharing the fun side of his personality, Nayak has tried to make a signature entry in the last couple of press conferences of the channel. The previous one was Rising Star, where he was spotted singing Ye Jo Mohabbat Hai…

As the entire broadcast industry expects 2017-18 to be a good financial year after last year’s impact on business due to demonetisation and looks forward to a positive outcome from the GST rollout, BestMediaInfo.com caught up with Nayak on the sidelines of the Khatron Ke Khiladi press event, where he spoke about the industry, various issues impacting the industry and praised his team for the excellent content they are churning out.

Nayak, who was recently made the Chief Operating Officer of Viacom18, chose not to speak about the new role. Well, it’s actually been only 24 hours and in time, he has promised to open up about the strategies, plans and his views on the same.

Meanwhile, there was just this one question that we did put forward to douse our curiosities:

How much time will Colors get in the huge portfolio that you are now going to handle?

Colors is the flagship channel of Viacom18 and is a large contributor to the company's topline and bottom line. It will always continue to have my personal attention.

You have recently launched India Banega Manch (IBM), which looks quite similar to India’s Got Talent (IGT).

They are very different. You can’t have a truck on IGT, here at (IBM) you have that. There are no judges in IBM. It’s a new technology, but talent is talent.

The channel has so many international franchises and almost all of them have worked for you. How do you pick and choose the best?

All credit goes to Manisha Sharma (Head of Programming) and her team. I am just a catalyst.

The afternoon band has viewership and we don’t want to miss them. In fact after the promotions, we have seen increased traction on afternoon.

Is this traction not enough for original programing?

The return on investment (RoI) isn’t justified at the moment. I commend Star (India). I admire them because they have taken that risk. They have put up some expensive good quality shows in the afternoon. As leaders, we have to play this role. We brought 24 and other shows like India Banega Manch, taking leadership positions. Star, too, has taken a leadership position here and it is a good thing. If it works, it will benefit everybody. It will open the slot for everyone.

Star anyway has more number of hours (of original programming) than us. Their evening prime time starts at 5 pm, and ours start at 6.30 pm. Our current priority is to extend those bands first. Once we address those bands, then we will think about afternoon.

But wouldn’t Star have already widened the gap by then through afternoon.

That is to be seen. It’s a question of investments. If at some point we feel that we need to invest and the management approves, we might also do it. We would like to be No. 1 but not at the cost of profitability. I would rather be a profitable No. 2. If it is a choice between being profitable and being on top, then I would rather be profitable.

Advertising for rural market is catching up after BARC started reporting rural data. However, the rates are still lower than what one was expecting. When do we see a correction here?

Logically, I think, BARC should release only separate rural and urban data sets. Releasing it together is unfair. Rural and urban are completely different markets. In most cases rural (mostly free to air) is all repeat content.

Advertisers also say that ‘you have already spent this money on content. You are not going to spend it again.’ It is little bit of challenge, but some way, market has a way of correcting itself at some point in many ways. The media landscape is quite challenging.

Are FTAs bought because they are cheaper and the correction will only hurt them?

I don’t think FTAs are bought for that reason. I think collectively, if all broadcasters push the pricing up, the advertisers will still buy it.

How far have we moved forward on cost per thousand (CPT) buying?

At least, we (at Colors) don’t do any cost per rating point (CPRP) deals. People might be back-calculating while planning, but we don’t give any guaranteed CPRP deals.

As an industry, I think BARC should only give out the CPT data. Why are they still releasing GRPs? Why two currencies? Internationally, all advertisers, agencies work on CPT. Also, they all work on household viewership data. That is much more accurate since most homes are single TV homes in the country. But if industry has come to this conclusion that we will use this (individual viewership data), it’s okay.

Broadcasters to a large extent have changed their mind on CPT and agencies too. One can back calculate everything. The prices will go up, based on supply-demand ratio. Supply-demand ratio will bring the prices of the ad industry to where it belongs.

How’s television going to contribute to the media and entertainment industry’s target of $100 billion? Will it continue to be the biggest contributor?

This year the TV market should grow by 15 per cent. I see buoyancy, and advertisers are coming back to TV. Met (Meteorology department) has also predicted a good monsoon. So I genuinely believe it's a good year for ad industry -- broadcasters, print, everyone.

Many markets globally have started experiencing digital ad spend overtaking traditional media. Are we ready to embrace the change?

I don’t think that is happening. In the US, spends are going back to television. For us at Viacom, it doesn’t matter anyway. For us, if it goes to digital, we have Voot, if it comes to TV, we have so many brands and at the end of the day, we are monetising content through different streams. So for us, it really does not matter.

As an industry, I don’t think it will happen in the next 10 years. I think digital revenues will grow because anything that has a low base will keep going higher but I don't think it will come at the cost of radio, TV or print. These streams are independently growing too.

Do you see things back on track after the impact of demonetisation? What is your assessment on the growth of TV market and your channels for FY 17-18?

Demonetisation heavily impacted all of us as an industry. But as things stand today, it looks like things are back on track as far as advertising is concerned. 2017-18 would be business as usual, but whether we will be able to make up for the losses we incurred, I don’t know. So, that’s how I see at least a 12-15 per cent growth this year for Colors.