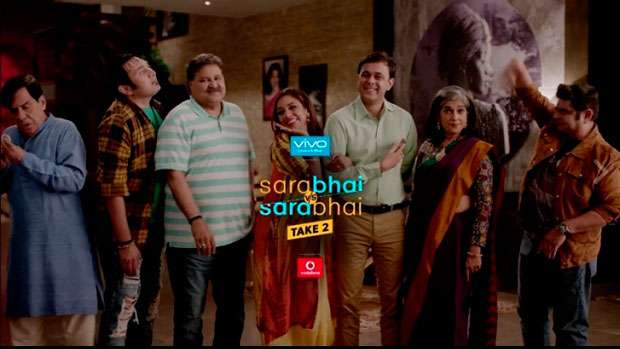 The web series genre has been around for a while now. Its journey began in October 2014 when The Viral Fever (TVF) launched ‘Permanent Roommates’, a show that resonated with ‘millennials’ and was something that television couldn’t provide.

Having set this trend back then, the over-the-top (OTT) space today has grown beyond TVF. Broadcasters have introduced their digital arms, Netflix and Amazon Prime Video entered the Indian market last year and in the last one year, suddenly everybody has started making ‘original series’ or exclusive content for the digital native audience.

ALTBalaji was launched nearly a month back with only original programmes and a sourced library of movies. Nachiket Pantvaidya, CEO, ALTBalaji, stressed the importance of original programming. He said, “We are a subscriber service and our motto is to provide original and exclusive content to the user. We will give you great storytelling that will compel you to come to our platform and watch our content.”

Monika Shergill, Head Content, Viacom18 Digital Ventures, agrees. For Shergill, the content has to resonate with the mobile first audience. If that doesn’t happen, the platform will not get the desired eyeballs.

Uday Sodhi, EVP and Head, Digital Business, Sony Pictures Network, says original web series allow them to complete their offering to the user. “We are able to create content specific for a niche audience, which helps us widen our consumer and advertiser base and grow the entire ecosystem,” he added. There have also been experiments in the South market with original web series. Vuclip has a few original web series when it comes to the market, particularly in Telugu. ALTBalaji will soon launch a Tamil original series, SonyLiv last week launched a Gujarati web series called Kacho Papad Pako Papad. SonyLiv had also launched a Marathi web series, ‘YOLO’, earlier in January this year.

Different players are trying to carve out a niche in different markets. In order to cater to audiences across India, Pantvaidya believes in doing regional languages rather than Hindi. He said, “We are doing Bengali and will do Gujarati and Punjabi soon. 75 per cent of our content will be Hindi and 25 per cent will be non-Hindi.”

Shergill explained, “All platforms in the space are on an investment mode right now. Advertisers have shown a high interest. There are opportunities for sponsoring an entire show, like we had in ‘Untag’ where Moto Z was the title sponsor.”

Ajay Chacko, Co-Founder and CEO, Arre, corroborates with this thought. He said, “Advertisers, both traditional and new-age, are welcoming of content as a route to marketing. Brands are evaluating a balance between performance and impact when planning their media spends. There is cognisance of the fact that pre-rolls/ ads can be skipped or blocked or muted when pushed down user's timelines and feeds, but content is what consumers actively seek out and hence, more effective or impactful.”

The advertiser response for Arre’s web series has been quite well. They have a range of advertisers on board for all their shows, from P&G (Gillette) to Nissan to One Plus to Kingfisher to Dell to Godrej and a global company like Palo Alto Networks.

Vishal Maheshwari, Country Manager, Vuclip India, explained, “The advertising that is conventionally done and accepted is pre-roll and inventory based. What’s getting the ad attracted is the ability of the platform to be able to integrate the advertiser as a part of the content – if they happen at a native level, post production level or if it happens at an integrated story line level.”

The costs of producing each web series may vary. It depends on the story. If a web series demands spends like that of ‘Bahubali 2’ then they must be incurred. If one were to compare it to a television show, then at an episodic level, the costs may be a little higher than television, say most of the players.

Another reason for the duration to be shorter or lesser than 35 minutes, according to Pantvaidya, is the fact that the audience is mobile-first. There isn’t an hour when someone doesn’t call you or texts you. The millennial is constantly switching between apps, attention spans are low, and hence the short format works quite well.

Shergill said, “All three are different platforms. Essentially, the production process is the same in the sense that you get your concept in place, put your cast together and you produce it. But in terms of the duration and the format of storytelling, TV shows thrive on the long format of daily storytelling. Films have a longer pre-production process. Web series is positioned between the two mediums where storytelling is almost like making small films for a new age audience. The writing is the key in a web series, just as in films.” According to Maheshwari, “If we are talking from a broadcasters’ point of view, then the reason they got into digital is because eyeballs are moving to digital from television. Viewing habits are changing to ‘I want to watch it at my own time.’ Original content on the other hand is being produced for audiences that are younger, audiences expecting a degree of realism, a degree of high-level quality content they cannot find on television. They are for two very different mind states. There is a market for both; hence it is a viable option.”