Multiple frequencies: Will it leave a permanent scar on the broadcast industry

Without focusing on who followed who and who should be punished, BestMediaInfo.com spoke to industry veterans to understand the possible effect of the urge of channels to go for multiple feeds in a bid to boost viewership numbers 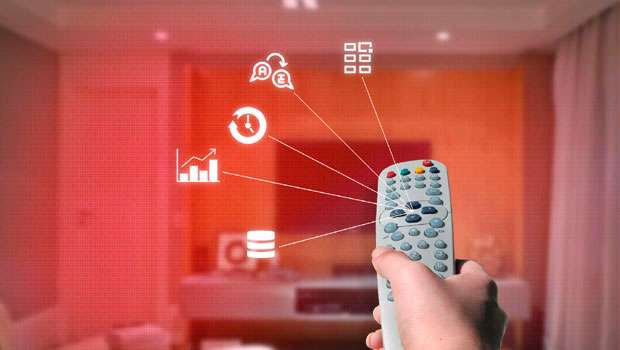 Coming from the state of Bihar, I had a special interest in watching the #LaluTapeExposed story run by Republic TV on its launch day. As a trade journalist who keeps a close watch on the backstage activities of television channels, I was also thinking about the viewership the channel will get in its debut week, especially with Arnab Goswami at the helm.

Little did I know then that the channel adopted a distribution tactic that will take the industry by storm. As alleged by the News Broadcasters Association (NBA) in its letters to the Telecom Regulatory Authority of India (TRAI) and Broadcast Audience Research Council (BARC), India, Republic TV was running on multiple channel numbers (during its launch week) on a lot of multi system operators (MSOs) and distribution platform operators (DPOs).

Barring the magnitude and scale of using multiple LCNs, it is safe to say that Republic TV is not the only channel to have done it. Neither is this the first instance. There have been many examples, including the rebranding of India Today TV (from Headlines Today) when India Today TV and Times Now were both running on multiple feeds. During the last budget, ET Now had filed a complaint against CNBC-TV18, claiming their budget viewership was because of dual frequency.

An industry veteran from the broadcast distribution space pointed out how the matter of carriage and placement fee became a rage in 2004. It was around the time when NDTV, CNBC and Star One were being launched when the increasing competition from newer players fastened the race of being visible to the viewer.

In fact, even in the most recent scenario of Republic TV, the jury is still out on whether all other players in the English news genre also did it to counter the newly player’s impact. Without really focusing on who followed who and who should be punished, BestMediaInfo.com spoke to a few industry veterans to understand the prospective impact of the multiple LCN culture on the industry.

A senior official who spent over two decades in the distribution space said the tendency of channels to go on multiple LCNs is unethical. “Anyone who has been in the broadcast distribution sector and worked here for over five to seven years has at least done this once. But the commonality of the matter does not free it from the burden of immorality. Availability of a channel outside its prescribed genre is misleading for viewers, viewership measuring agency and advertisers.”

When a news channel goes for legitimate distribution across all the distribution networks, it costs about Rs 50-60 crore. The extra channel numbers might cost them about 30 per cent extra.

Going beyond the ‘ethics’ part of it, the former distribution personnel also believes that this malpractice can have serious repercussions on the financial part of the TV broadcast business. These deals about carrying a channel on multiple locations of the EPG are generally not done at the MSO level. The MSOs won’t really want to risk their business and brand equity for this smaller amount. “These deals are done at the local cable operators’ (LCO) level. It is they who agree to part with the 5-7 numbers allotted to them for their local cable channels, in exchange of monetary benefits. The industry needs to maturely think about it -- what happens if these LCOs become habituated to this extra income and try to make it a permanent source. Generally, not many news channels have that kind of revenue figures to be able to sustain this extra burden on a continuous basis. So then, who will feed this demon created by the industry,” he questioned.

A couple of experts are of the opinion that the practice of multiple LCNs has left the game to the big players. The broadcaster with deeper pockets will always win this race.

However, another veteran differed on this point of view. He is a firm believer that the LCOs are fully aware that revenues can be similar every month, but the unscrupulous money might not be a permanent income. “The LCOs will continue to earn whatever they are earning. If at all, the LCOs try to later arm-twist the channels about carriage fees and this illegitimate money, it might cost them their licence and earn flak from the regulator itself. I don’t think they would want to risk it for a few rupees,” he added.

He further argued, “Why is it even unethical to use a promotional trick? I feel that a channel does it mainly during the launch time, just as Republic did. When a channel can buy hoardings, television commercial spots, print ads and digital spots for promotion, why can’t they buy channel numbers for promotions? I personally don’t think that the channel is at fault in doing this, if the period of this ‘carriage on multiple LCNs’ is short-term, say a week. Even Republic TV, I hear, has recalled its multiple LCN carriage. Now, whether it is because of a pre-planned strategy or the TRAI action is the reason will have to be seen.”

How they say, “First impression is the last impression.” The viewership data for the launch week is the most crucial data for a channel. If a channel is able to manipulate the viewership numbers in the initial week, the perception is built.

“Once a viewer knows that the ‘x’ channel number doesn’t have my channel, then why would the viewer go back to that channel number. Hence, there is no scope of a permanent damage to the viewership. But, I agree that the first set of data is of prime importance,” the expert said.

So, while there is no agreement on the expansion of this ‘malpractice’, it was a unanimous thought that the carriage on multiple locations is a menace that needs to be cleared. Who will clear this? The regulator or the industry through self-regulation?

An executive in one of the leading broadcast networks said, “Self-regulation will never be able to clear this. There has to be an external intervention, but I don’t think this will ever be removed completely, at least till the whole country is on a stable authorised digitised network.

The veteran from the industry mentioned, “If it is a rule in the TRAI regulation that the act is unethical, then the regulator must pull the defaulters.”

Another senior industry observer questioned the need of the regulator on the matter. He argued that if a new player is willing to establish its market by using multiple LCNs as marketing or sampling tool, where is the scope of the regulator. “Are we saying that the regulator should also control the marketing spends on outdoor and other media if you talk about the level playing field?” he questioned.