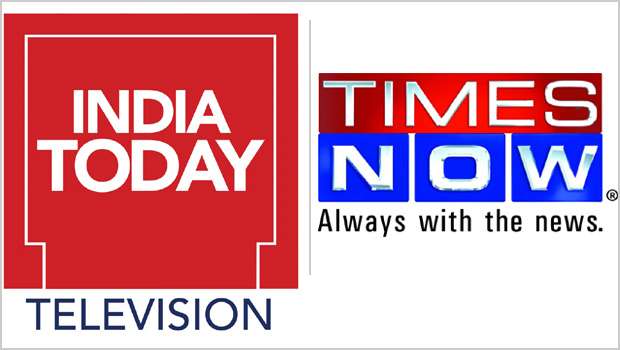 In another twist to the recent turn of events over the multiple frequencies/LCNs row, India Today TV had written to the Telecom Regulatory Authority of India (TRAI), complaining about Times Now, which is allegedly running on multiple logical channel numbers (LCNs) on many distribution platforms.
BestMediaInfo.com has accessed the letter written by India Today TV.

The letter mentioned the distribution tactic used by Times Now to double its feed by broadcasting on multiple LCNs and included the related documentary evidences.

The channel had also written to the Broadcast Audience Research Council of India (BARC) urging that the viewership data for Times Now should not be released for Week 19, according to the informed sources. Data for the week was released on May 18, Thursday.

Till now, the main fight was between the News Broadcasters’ Association (NBA) and Republic TV. In this case, all news broadcasters -- including TV Today Network (that runs India Today TV) and Times Network (which owns and runs Times Now) -- were fighting together against the alleged multiple LCN practice of Republic TV.

MK Anand, MD & CEO, Times Network, said, "Times Now did a defensive maneuver. We have never been an advocate of multiple LCNs and have NOT run our channel that way till last week. In fact we have been an affected party more than once and raised this issue at various levels. It was only after a desperate and aggressive move was made by Republic TV on the ground that we upped the ante in self - defence. As part of NBA, and as a responsible brand, we endorse strict action against such destructive and diversionary tactics. Times Now is NOT playing on multiple LCNs anywhere in the country as of now. The impressions of week 19, including our own are tainted and not dependable due to this reason and we had joined the NBA in raising it to BARC earlier this week."