In conversation with BestMediaInfo.com, Khan talks about his passion for music, biking, film-making, photography and how all of it has helped him in advertising 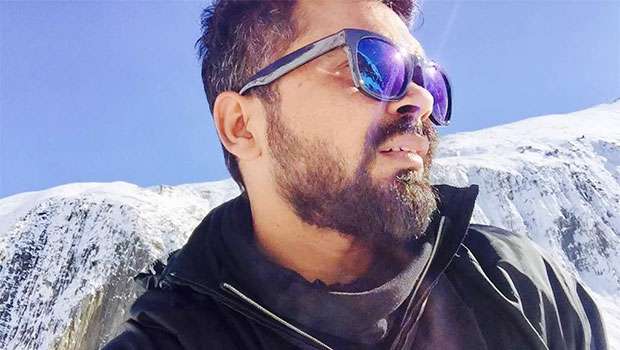 Ahsan Khan, Brand Services Director at Mullen Lintas, is literally one of the first employees at the agency, joining it when it started. He began his career at Mac Media in Pune but in his early career days, Khan was never sure of what he wanted to do in life. His uncle was in the merchant navy so he influenced him to join the navy. His cousins were in music so he also wanted to do something in music. He also wanted to become a mechanical engineer as he was passionate about bikes. Even after filling forms for AIEEE and IIT, he didn’t appear for the exams and somehow ended up doing a Bachelor’s in Business Administration from Symbiosis University, Pune.

Khan’s parents live in UAE and keep on travelling to India. Half of his family is based in Bengal, half in Noida, while parents in UAE, so throughout Khan studied from a boarding school in Darjeeling.

Khan used to stay at Law college road in Pune, which is just adjacent to FTII (Film and Television Institute). He said, “My seniors from Symbiosis have taken admission there, so I had a lot of friends at FTII and we used to chill together. One of my friends was directing a show FoodMad with Rocky and Mayur for NDTV Good Times and I got an opportunity to do internship with the channel. This way I learnt filmmaking and a bigger picture of advertising got into my head. Then I decided to move to Mumbai and make my career in advertising.”

Khan is passionate about music, film-making, photography, biking and in everything that is required in advertising. As he says, “There is no harm in being a jack of all trades.”

Sharing his experience at the very first agency Khan worked with, he said, “The agency was very small and I started as an intern there. The person I was reporting to quit the job and moved to the States. So, I started reporting to the CEO directly and that one year went like madness. I was asked to handle the German brand called Zotac. It helped a lot in understanding the business part of advertising.”

At Mac Media, Khan worked for four years on brands like Zotac, Mercedes and Natural Ice-Creams.

Khan has never been interested in a nine-to-five job and always wanted ‘cool’ stuff. “I thought advertising is cool and gave it a try.  Now I find advertising very interesting as it is not monotonous and every day is a challenge. After working for seven years you adapt things with the kind of people you are surrounded with and the kind of situations you face. You have to be very observant while you are working in this profession and very smart to create something. Through advertising, you can make somebody behave like the way you want to,” said Khan.

Khan also recollects and shares one definition of advertising that he read somewhere and always applies it in his life ‘Advertising is an art of capturing human intelligence long enough to get money out of it’.

After Mac Media, Khan moved to Scarecrow Communications and worked there for another six months. Handling a team of four, Khan worked on an e-commerce brand Local Baniya and Wagh Bakri tea. Explaining his reasons for joining Scarecrow Communications, Khan said, “I have applied at Scarecrow because they used to push a lot of content on PR (Public Relations) and I was very influenced by their PR and found the agency really cool.”

Elaborating on the story behind moving to Lintas from Scarecrow in just six months, Khan said, “When I have applied for jobs from Pune, I had applied for Scarecrow, Lintas as well as Taproot Dentsu.  I have seen Lintas’ work. I never applied at Ogilvy or any other agency. I also wanted to work at Taproot, although never got a call from there that time; probably my resume was not that impressive. After working for six months at Scarecrow, I got a call from Lintas and joined their new vertical Mullen Lintas.”

At Mullen Lintas now, Khan has been bestowed with the responsibility of MTV and Bajaj Avenger. Khan has played an important role at re-launching Avenger.

Khan is very spiritual and disciplined in nature. He starts his day at seven with yoga that includes Surya Namaskar, Pranayama and head stand. He reaches office at 10 o'clock and his day ends at around eight in the evening. He ends his day doing CrossFit. Khan said, “Yoga helps creates the balance and I also have a very controlled food habit.”

His discipline for fitness schedule doesn’t stop there. On weekends, Khan makes it sure that he goes for running for almost 15 kilometres.

Also talking about his strengths and weaknesses, Khan said, “Sometimes I get driven by emotions. It is equally good and bad thing. If you are emotional, it influences your decision making also. As far as strength is concerned, I am very disciplined and focused in life.”

Khan says there is no one particular person in advertising that has influenced him enough. But he has learnt a lot from Raghu Bhat of Scarecrow and Amer Jaleel and Shriram Iyer of his current agency. One piece of work that Khan wished to be a part of is ‘Odds by Adidas’.