Has Snapchat put its foot in the mouth?

Digital experts and publishers say people will forgot it in no time. Snapchat denies that its CEO made the alleged statement that “the app is only for rich people. I don’t want to expand into poor countries like India and Spain” 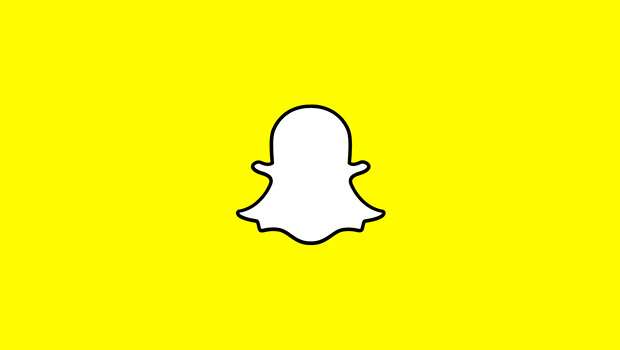 In case you’ve missed what happened with Snapchat last weekend, here’s what you need to know – the Snapchat controversy.

Last weekend, an ex-employee of Snapchat, Anthony Pompliano, filed a lawsuit against Snapchat. The lawsuit made an allegation that Pompliano’s strategies of expansion weren’t entertained by Snapchat’s CEO Evan Spiegel as he abruptly interrupted and said, “This app is only for rich people. I don’t want to expand into poor countries like India and Spain.”

The effect: Within hours, the story went viral on social media. Indians too expressed outrage and spoke out against the social media brand – leading to uninstalls and drop in app store ratings for the app in the Indian market. Twitter and Facebook had jokes around this comment, some are still coming in. Guess, we didn’t read it right. What’s worse, the ‘intelligent’ ones also uninstalled ‘Snapdeal’ and given the app a rating of one star. Well, that sums up what happened over the weekend.

@thetanmay Thanks bud. Ppl asking us to make a statement that @snapdeal is not @snapchat was possibly the last thing I thought I would ever need to do.

you people can't even own @Snapchat .

While this happened, BestMediaInfo.com asked digital experts what they have to say about the damage done to the social media brand and if it will affect its entry in India in the future. Vivek Bhargava, CEO, DAN Performance Group perfectly sums up his opinion on what happened over last weekend. He said, “Firstly, I believe that any business talk between employees should not be discussed beyond official boundaries. Anything that a CEO says in a closed door discussion cannot be loosely quoted outside, especially to the press. Also, one cannot quote a particular part of a larger conversation, which can be absolutely misleading. It was extremely irresponsible for the Snapchat ex-employee to have come out and mentioned what he did – plus, how can one verify how much of truth the statement actually carried?”

Bhargava added, “As far as Snapchat’s brand image in India is concerned, the rumours have definitely caused a temporary furore against Snapchat, riding on a strong nationalist sentiment with uninstalls and poor ratings. However, in my opinion the matter has been blown out of proportion, people found a new issue to share their views and the current virality of the news on social media added fuel to the fire. I truly feel sorry for Snapchat! Though this will die down eventually, everyone will forget and move on, and I don’t think this would really impact the brand in the longer run. A handful of the country’s population knew and used Snapchat before this controversy broke.”

This certainly remains the harsh truth. A lot of these ‘intelligent people’ are still posting jokes around that comment while the social media audience is having a good laugh on this topic. According to Varun Duggirala, Co-Founder, The Glitch, there are two aspects to this aspect. “Firstly, as much as Snapchat has caught on worldwide they still have to showcase as strong an advertising model as Instagram which to be honest has taken the right forms of ‘inspiration’ and figured a way to grow faster with those specific features. So the larger issue is Snapchat’s focus on revenue and advertising growth. Secondly, as far as the backlash is concerned, it’s a PR nightmare but in the long term will it really affect their business prospects in India? I doubt it, as with the number of these PR issues that global brands seem to be having lately this will go away with the tide. What is crucial though is the question –does Snapchat look at India as a market to adapt quickly to its needs?”

What the reader has missed is the fact that Snapchat’s CEO Spiegel has given a media statement denying the comments. Though, the backlash has been bad. The damage would have probably been less if only he had given a statement earlier. For, Nayan Patel, Assistant VP, Digital, Worldwide Media, the comments have already had repercussions on Snapchat. We asked Patel on how they look at associating with Snapchat when they come to India? Patel said, “What is happening is like a passing phase in India. We react to a lot of things that happen. Once the things cool down, we are back to normal. We are quick to get angry and quick to forgive as well, especially when Snapchat has denied that this kind of statement has been made. At the end of the day, there is a good product proposition. If people continue to use it, why not? If there is a user base to reach out to then I would definitely go ahead with them from a marketing point of view. The fact that there have been so many uninstalls shows that there is a strong user base in India.”

In Patel’s view, there is nothing called a better or bad platform. “If you consider me a marketer, I should only focus on Facebook, which has much a larger base than anyone else. At the end of the day it’s about what kind of content works better on what kind of platform and what kind of user engages to what extent on what platform. For instance, Instagram is a lot of scrolling photos and videos. But at the end of the day what engagement I have on Instagram is very different than what is there on Snapchat,” Patel added.

A few other industry experts too said Snapchat won’t face repercussions when they come to India. The growth of the platform is not going to be an issue in the near future. People will forget and move on. Loyal users will continue to use the platform like before.

Surya Narayanan, Head of Business, Hungama Digital Services, said, “People have short memories about things like this. It will last for a news cycle. There are two parts to this. The first part is the damage control. The second part is their timing of entry and what they bring in. If they enter India with the right communication in the long term, they will be fine. Apart from their communication, their personalised and localised value proposition for India will matter.”

On condition of anonymity, a digital agency head said that Snapchat may not be able to gain its momentum hereafter unless they have a big ticket launch where a celebrity is endorsing the app. People who want to use it will continue to use it. Today some influencers have stopped using it, tomorrow there will be new influencers on Snapchat.

The person highlights how beautiful Snapchat is as a platform. While Facebook has copied its features, it cannot copy Snapchat’s model. Giving an example, the person explains that if a man has 1,000 friends on Facebook, only 10 per cent of them can actively see his posts on their newsfeed. But on Snapchat, if one has 300 followers, over 50 per cent of them see it every day. The rate of active users is high and the kind of content one consumes on Snapchat is very rich. Facebook and Twitter cannot match that kind of content.

Large internet and technology giants like Facebook, Twitter, Google, YouTube, Apple, Microsoft and many others treat India as an important market and so Snapchat possibly cannot rule out expanding in this growing market. The denial of the statement proves that India is an important market for Snapchat – be it for making their brand image or breaking it. It is now up to the brand what they have to do.