Dipstick: Is Facebook being bullish about ‘Stories’ or just trying to stymie Snapchat?

Industry experts say the copycat strategy has definitely affected Snapchat’s growth. Some say that Facebook’s stories don’t have quality content and it may take some time for brands to warm up 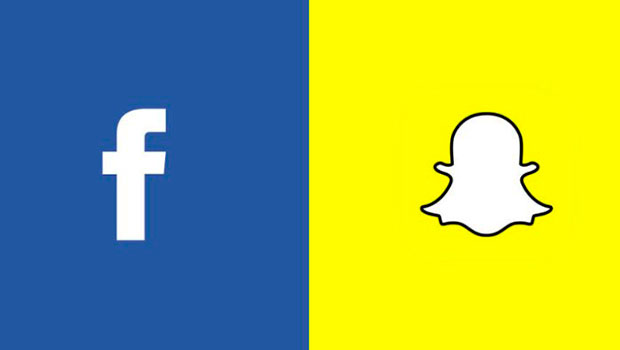 There is a lot of talk on social media about what Facebook is doing with its ‘Stories’ feature on all its platforms and how it is probably taking revenge for a buyout denial from rival Snapchat. But wait, this is not the first time that Facebook has gone aggressive with its competition. In 2011, when Google+ was launched, Facebook ensured that its competition didn’t succeed. It introduced the ‘me-too’ features back then to successful stymie its rival.

Today, in less than a year’s time, we’ve seen Facebook introducing Snapchat’s ‘Stories’ feature on four of its platforms. It began with Instagram stories, then the feature was seen on Whatsapp, Facebook Messenger and now, finally, on Facebook.

BestMediaInfo.com asked experts what they thought about Facebook strategy of introducing stories on all of its platforms: Here is what they had to say.

If I were to be extremely blunt, then I’d say that everyone around me has found Facebook ‘Stories’ meaningless as the exact same feature is also available on other platforms like Snapchat, Instagram and Whatsapp. I agree with the fact that the feature works with the ‘now’ audiences but merely copying it and adding it on the platforms that Facebook owns does not add value.

From a user point of view, it is not helping them because users are now confused as to where to upload what and how much to upload. Also, I don’t feel that Facebook Stories is a Snapchat killer. The growth of Snapchat might have hit a ceiling because the same feature is now available at other places, but it I think it will sustain itself where it is. The reason is that each platform has its own audience that creates and consumes content. For instance, on Whatsapp and Facebook, there is content uploaded from a mix of people you know and also who you are acquainted with, whereas on Snapchat and Instagram content is from people you really want to connect like close friends, bloggers, influencers, Bollywood celebrities, and so on.

From a marketer’s point of view, it is too early to comment on using Facebook Stories especially when most of the brands struggle to create live content all day, every day.

It’s not even new news that Facebook has been trying to kill Snapchat. Ever since their unsuccessful attempt at buying them off in 2013, Facebook adopted an aggressive strategy: to go after all the features that make Snapchat tempting. It’s quite obvious that they see Snapchat as the one true threat, given that the younger audiences have been gravitating towards the platform for a while now.

I think all platforms have an inherent nature of usage and that determines their true place in the consumer’s emotional ecosystem. Snapchat reduces inhibitions about sharing – it is more personal and therefore there is very little anxiety about what kind of message needs to be broadcast. But before posting something on Facebook we would often wonder if the image or post is good enough to be shared with a wider audience.

With the Instagram takeover, Facebook was able to counter this inhibition to some extent. They added features very similar to Snapchat like ‘direct messages’ to facilitate one-to-one sharing behaviour. Today Instagram has outpaced Snapchat around the world in the photo and video apps category. So when Instagram ‘Stories’ came along, we all knew that it was meant to be the master stroke against Snapchat ‘Stories’. In fact, the industry was pretty much expecting a moment like this when ‘stories’ would get integrated into Facebook as well. In all fairness, this is the fourth time in less than a year that Facebook has copied one of Snapchat’s features. The intent behind it is quite evident.

Facebook tried to buy Snapchat which is a very cool, hep and awesome platform for millennials. For certain people it is also intimidating. ⁠⁠⁠It is also ‘yet another social platform’. I’m sure a lot of people, probably the slightly older ones, stayed away from Snapchat too. They must’ve have found it pretty complex.

With ‘Stories’ now on Whatsapp, Facebook Messenger, Facebook and Instagram, Facebook obviously has clearly indicated that this sort of communication is something they will have a multi-pronged jab at. The deeper sense in that is that Facebook for many has become impersonal. ⁠⁠⁠It’s now about an occasional personal post and more about sharing articles. A lot of people are no longer comfortable with their shenanigans from that drunken night being on a platform for more than just a day. ⁠⁠⁠Hence, it might be more to save itself than to kill Snapchat.

This has been   spoken about earlier as well. We have been seeing stories on Instagram and Whatsapp as well. But all said and done, it’s just about someone having done an innovation and someone having copied it. This happens across industries. Snapchat has its own loyal followers even with its slightly difficult interface. Facebook tried to buy Snapchat, but when they could not buy it, they said let’s copy it. I think the idea is to engage more users than ever. If it helps keeping more users engaged, then it’s good for them. Of course, it will make life for Snapchat difficult, including monetising for Snapchat.

The answer is fairly obvious that they have totally curtailed the growth of Snapchat. In the last quarter, Snapchat has shown the least growth. While they were working on their IPO, Facebook introduced all these features, pretty much in line with what Snapchat was doing. The result it to be seen in the last quarter. The fact that they have done it on a medium that has an overall audience, they’ve managed to bridge the gap. What Snapchat was doing for the 13-18-year-olds, Facebook is doing that for everybody including the 13-18-year-olds. They have not killed Snapchat’s pace, but they’ve definitely dented their growth.

I think Facebook is definitely trying to get Snapchat out of the market. For the last few years, Facebook, Google, Twitter have been talking about micro-moments. Micro-moments is what they’ve been wanting to focus on. Snapchat has been lacking in a lot of places – like when it comes to quality of content, you cannot have an app which is iOS centric and is expected to do well on Android as well. Another thing I feel that Snapchat hasn’t done is try to integrate brands. Discovery of brands and people is low on Snapchat. I think Facebook did a killer job on stories. What I am more interested in seeing is what they do with Whatsapp stories.