Deadline for entries to Abby 2017 extended 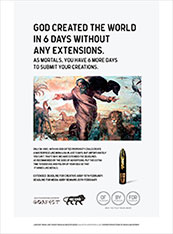 Deadline for entries to Abby 2017 extended

Goafest Abby 2017 has now extended the last date for its entries. The entry deadline for the Creative Abby awards is now February, 15 2017.

The extension is the last and final call for all participants to showcase their ground breaking work at the “Truly Indian Awards of the Industry, for the Industry and by the Industry – Abby 2017”.

The awards will see campaigns in the period from January 1, 2016 to January 31, 2017 adjudged by a renowned jury panel. The entry forms for the prestigious awards can be downloaded on the Ad Club Website from www.theadvertisingclub.net and www.aaaindia.org. The awards need to be uploaded online on the site www.theadclubawardsentries.com.

This year, the shortlisted Abbys will also be open for the industry for a review through a seven-day window before the final judging round.

The Award shows for various verticals are tentatively scheduled as under: